After being virtually nonexistent during the first two episodes of the season, Brody finally makes an appearance and it is his story that takes the lead in the aptly named “Tower of David”. Though it seems for a while that the episode will only portray what is going on with Brody, we also get glimpses into Carrie’s frustrating experience in the psych ward. The episode clearly draws lines between the two characters and parallels their current situations. While they both parted ways in the end of the second season to presumably divergent fates, they end up in very similar circumstances.

Both Carrie and Brody are essentially trapped/held captive by powers that be, and drugged systematically. They encounter sympathetic allies that provide glimmers of hope but ultimately aren’t able to deliver any kind of refuge or positive change in their situation, and they are both essentially powerless in the positions they find themselves in. By the end of the episode there is a depressing sense of helplessness and hopelessness that surrounds both Carrie and Brody and even with the differences in their captivity each of them is facing near impossible odds of emerging triumphant. 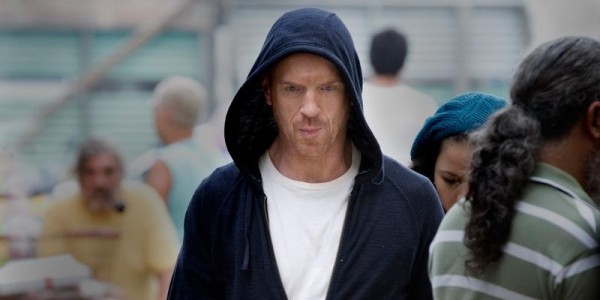 There is a significant shift in mood and narrative structure, especially in the first half of the episode. We are consistently following one character’s story for an extended period of time without much “action”. While some might find the majority of the episode to be slow paced and even dull, I welcome this shift in story and setting, for the mere fact that it is something different from what we have seen thus far. The first two episodes of the season were quite tedious and bland any kind of shift in the narrative would have been embraced. And also, no Dana for the entire hour, that is a notable improvement if there ever was one. By bringing us in into Brody’s side of the story, the writers were able to inject the show with a much-needed dose of freshness and newness. The simple act of introducing a new setting is inherently compelling because it presents an unknown factor into the series. I found Brody’s arc to be effective and engaging, we have to familiarize to a whole new world with new characters and a unique set of rules, and get to know those people and their way of life. Some of the characterization wasn’t particularly interesting, the slumlord head guy was stereotypically one-dimensionally villainous (though that kind of character shortcut might be necessary when introducing someone, we’ll see what the writers do in the following episodes), and his daughter predictably falls for Brody (because the Ginger is irresistible, of course), but I quite liked the creepy, pedophile-y doctor (the performance by Erik Dellums was engaging and I wanted more time with him). It was fun to delve into this entirely new world and experience the different dynamics and tenets that govern it.

Over on Carrie’s side of the world, I thought that her story arc serviced Brody’s story and was there to serve as a companion to Brody’s narrative, therefore bringing the characters even closer together despite heir geographic separation. It has been three weeks since her admission and Carrie is still struggling with her medication, but is desperate to get out of there. She appears to be remorseful of her actions and takes a regretful slant to her dispute with Saul, but is clearly trying to say all the right things (what she perceives are the right things) in order to be released or get back on the CIA/Saul’s good side. Though she does remain loyal to Saul and the CIA when approached by the lawyer. Se remains paranoid and frantic and still acts out in questionable ways, so it isn’t likely that she be released soon enough. There wasn’t much else to the story, nothing revelatory or eye opening for Carrie Matheson, just depressing. Still, the show never fails to point out what a great performer Claire Danes is even with a reduced story arc. This episode does belong to Damian Lewis though, who once again demonstrates why the writers are so keen on keeping him on the show. These performances are what are holding the show together and certainly elevate some of the questionable material thrown their way.

Though the performances are fascinating to watch and the episode is a truly engaging hour of television, there is an aura of uncertainty that hovers over the series. Where is this show going? I have absolutely no idea, and the prospect is both exhilarating and worrisome at the same time. It is great when a program keeps you guessing which keeps the interest at a high level, on the other hand the writers could contrive some bullshit and let characters off the hook instead of taking risks and killing off some people. Where we are now could be the product of the producers writing themselves into a corner and not knowing exactly what to do and reluctantly avoiding any game-changing developments. 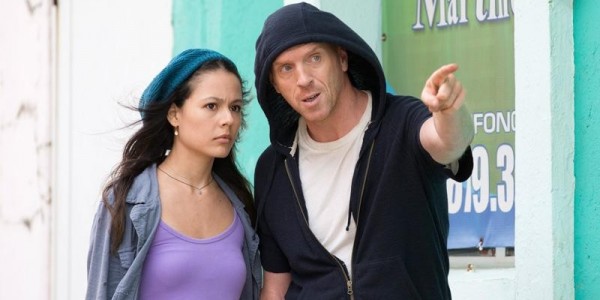 This feels like the end of the road for these two characters, more for Brody than Carrie. The idea of Brody successfully escaping his current situation is highly implausible and even if he achieves it (which would come off as hugely contrived and convenient), what then? The episode ends in such a grim note that it seems that Brody will end up dying in these horrible conditions (who thought he was going to od right there?), though it would be such a disappointing way to see him go, I don’t know if any alternative would be better. It would be such a disservice to the character, who has been built up to reach such crucial importance (who really should have been killed off in the first season), though he is a problem that the writers have to deal with. There is no plausible way to believably contrive a way to get these two characters back to a somewhat similar situation they previously were in. With Carrie’s mental health issues and Saul’s disavowal it seems impossible for her to ever be rehired at the CIA and Brody’s best chance of leaving Venezuela is if his captors turn him in to collect his bounty which would just move him from one kind of prison to another.

Is it just best if they get rid of both characters? Even though Damian Lewis has proved to be a talented actor, Brody’s involvement on the show should have run its course by now and his exit would allow for new stories to develop. While I think that the show could hypothetically work without Brody and the family angst, I do believe that it kind of needs Carrie. (And, lets face it, with two consecutive Emmy wins and all her other awards, Showtime and the series producers are making sure that Claire Danes ain’t going anywhere.) Someone (Quinn maybe?) is bound to figure out that Brody was not responsible for the CIA bombing and therefore once again redeem Carrie. Though it would be highly unlikely, even with her name cleared that she goes back to work. Also, that is exactly what happened in the second season and I don’t see the writers repeating history so blatantly, or am I giving them too much credit? It will be interesting to see where the writers take this ostensibly impossible story and what will face Carrie and Brody in the near future.

- The episode did an adequate job in the suspenseful/tense scenes. The entire scene in which Esme leads Brody out of the slum I was just waiting for someone to be brutally shot or struck down. This is what Homeland has conditioned me to think at all times, someone could potentially get shot whenever, wherever.

- I enjoyed the unexpected Hitchcockian shower scene. We, along with Brody, have our defenses down and it was an adequate surprise. Though I later felt that I should have seen it coming, but the way the scene was edited showcasing parts of Brody’s scar-addled body was so interesting and distracting that the men barging in was a shock.

- Let’s be serious, who wouldn’t repeatedly bash their head into a mirror after having to deal with that much condescension? She is bipolar, not five.

- I liked the incorporation of the real-life Tower of David (something I was only vaguely aware/knowledgeable of before this episode) into the narrative. It truly is a fascinating story and place to bring to life onscreen.