Carrie Matheson is not having the best day ever. After Saul’s appearance before Congress she is completely broken down and desperate to tell her side of the story, and because of her reckless attempts to do so, she eventually finds herself involuntarily committed in a psych ward. Poor girl can’t catch a break. It is truly a fascinating performance that Claire Danes gives as the bipolar CIA agent; even at her most extreme and manic it never feels forced or false. Every subtle move and skittish gesture is entirely organic and believable, and it never crosses the line into silly or amusing, which can happen quite easily. (Just watch those old ER episodes with Sally Field playing a bipolar woman: absolutely ridiculous; screaming at the top of your lungs and running around with the same crazed expression on your face is not the way to go. That performance is fun to watch for all the wrong reasons, no to mention the shameless Emmy pandering.) That said, as much as I love Danes’ crazy eyes, there are a whole lot of them in this hour. Her storyline in this episode is quite exhausting, and by the end of the hour I just kind of want somebody to shut her up. Not to say that there isn’t any sympathy for the character; with Saul’s apparent dismissal of her throughout the episode the show certainly wants us to feel sympathetic towards her and it is effective at that. The very last scene is emotionally effective, as we see Carrie basically dejected and powerless as Saul attempts to apologize. Also, Peter Quinn vehemently defends her and believes that her current state is a product of her treatment by the guys at the CIA. He has been coded as a morally upstanding person (not wanting to kill Brody, his guilt over killing the little boy) so we are likely to align with his point of view. Even with all the constant yammering and paranoia Carrie was spewing it was clear that she was in need of some medical assistance. Still, some of her grievances were likely valid and had some air of truth to them. Though it wasn’t necessarily the most interesting material, Carrie’s story arc is the most entertaining, as she is the character with which we share the deepest emotional connection with and it was supported by an outstanding performance by Danes.

For the second episode in a row, there is no appearance by Brody, but we get an extended look into his family. It would actually be interested to see how the family, primarily Jessica, is living post-attack: how the public reacts to them, going "back to normal," and their overall struggle (whatever happened to Jessica’s job interviews?). But what is actually shown of the family fails to be compelling or at all interesting. How long are those scenes with Dana and Leo, in which we got absolutely no insight either of the characters? I understand that fundamentally, Dana was the family member who was closest to Brody, who knew him best, so it makes sense that her reaction to all that has happened is highlighted. She is probably the person most deeply affected by everything and whose character development could potentially provide seriously rich and engaging material, but what the writers are doing is perplexing. Why all this focus on her new beau and her sudden fixation on “selfies”? It doesn’t make much sense to spend so much time on this love story unless it will pay off later. And while the scene in which Dana talks to her mother about wanting to live is beautifully acted by both Morgan Saylor and Morena Baccarin (and it is emotionally compelling) the fact that Dana credits Leo for her renewed outlook diminishes the entire moment. Obviously we don’t know much about the relationship since it has developed off screen, but the writers have not attempted to show us why exactly this person has made such an impression on Dana. If only there was more material like that last scene between mother and daughter and less of everything else, their presence on the show could be tolerable. 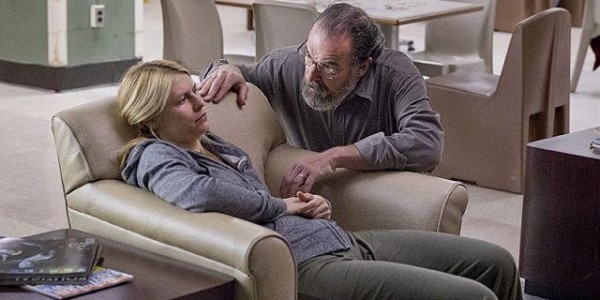 The work/CIA story arc is moving along somewhat slowly; I can’t help but be disinterested in the whole “follow the money” part of their pursuit. The addition of new employee Fara does not do anything to peak my interest. For a show that has dealt with ethnic/religious themes and in an interesting albeit not so subtle way in the past, her introduction and later Saul’s reprimand-motivational speech feel way too on the nose and hackneyed. Wow, here comes the Muslim girl to help us bring down the Islamic terrorists, and she is wearing a headscarf, how insensitive. Really? What a simplistic and unsophisticated way to bring up the issue. The show seems to be going through the motions, without much substance to back it up. The great performances are holding up what is becoming a dull string of episodes. It seems that the show is taking too much time introducing narrative threads and establishing certain scenarios and is suffering for it. I’m still waiting for something significant to spur things into action. 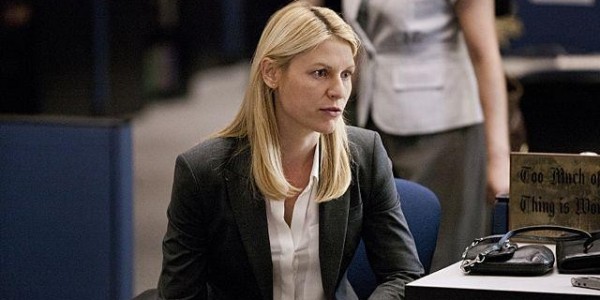 -- How long till Carrie is out of the hospital and working for the CIA? A part of me doesn’t want that to happen just because we have seen this before, but what is Carrie’s place in the show if she doesn’t have some sort of presence in the agency? Is she going to go meet up with Brody and live on the run with him? Please, God, no. But seriously, how much longer are we going to have Carrie in a hospital, that cannot work for longer than two episodes.

-- About Quinn, I hope they are not angling for a romantic story arc between him and Carrie. We all know that Carrie Matheson-related romances aren’t great for the show; also they had good friendly banter in the beginning of season two, and more of that would be nice.