Another miniseries makes its way to History. The cable channel has experienced great success with its various limited run efforts, as Hatfields & McCoys and The Bible both proved to be ratings hits for the network, and now they are hoping to do a repeat with a four-part series about the famous magician Houdini. The network has greenlit the Lionsgate and A&E Studios project, which will star Oscar winner Adrien Brody as the famous illusionist and Kristen Connolly as Houdini’s wife, Bess. History’s EVP Dirk Hoogstra stated, “It’s not magic that History has established a strong track record with its high-quality historical dramas from quality auspices. We’re excited to build on that tremendous momentum with Houdini.” The series’ break down describes the show as a look at the magician’s life as he “finds fame, engages in espionage, battles spiritualists and encounters the greatest names of the era, from U.S. presidents to Sir Arthur Conan Doyle and Grigori Rasputin. The drama will chronicle the life of a man who can defy death through his stunts, his visions and his mastery of illusion.” 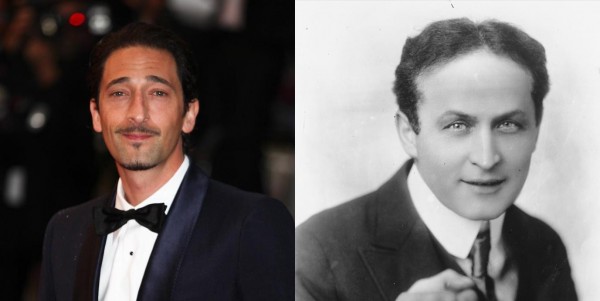 Production on the series will begin later this fall, and will be directed by Uli Edel. In a statement about the series’ production Brody communicated his excitement about playing the iconic role, “Since my childhood, when I dreamed of being a great magician, Harry Houdini has been one of my heroes. His bravery and obsessive determination still fascinate me…To portray him is beyond an honor.”