How Has TF2 Changed Since Launch?

I really enjoy seeing Team Fortress 2 class changes. Since the game’s launch in 2007, the game has improved tremendously. It's been awesome trying out all of Valve's new items with the recent Uber Update. New features range from replays to a crafting system, but the Team Fortress classes changed more than anything else.

The Scout originally started out with a scattergun and a bat. Players can now quench their Scout's thirst with a variety of tasty beverages such as Crit-A-Cola and the BONK! Atomic Punch to improve Scout's utility. One particular addition to The Scout that made ripples in the TF2 is The Holy Mackerel. It enables Scout to beat foes to death with a fish and then display the humiliating frag FISH KILL on the scoreboard.

I was so excited to see WAR Update's new weapons for The Soldier! Finally! Originally it was so boring, and now it has become one of my favorite classes in the game. Powerful new melee weapons, including The Equalizer, and new Battle Banners make this class more appealing.

The Pyro, updated in 2008, hasn’t really changed. Four ‘new’ weapons have recently been added. The Powerjack was a bit of side-grade in comparison to the Degreaser, which worked devastatingly well with The Axtinguisher. Hopefully we can expect more to come for the Pyro in future updates. 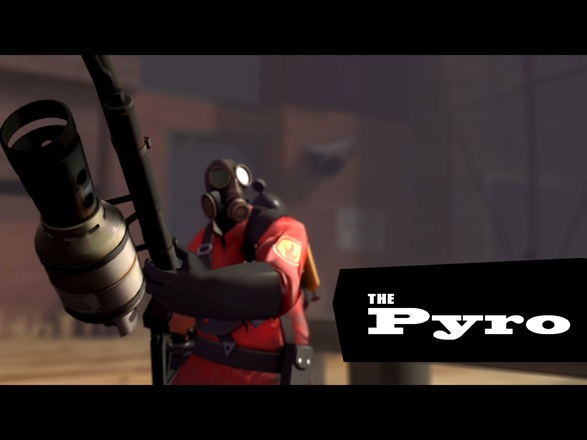 Apart from the Engineer, The Demoman has probably changed the most since launch. Valve enabled Demomen to specialize themselves with weapons like The Scottish Resistance and The Loch’N’Load which enhanced the existing class skills. The Demoman can now be played with a focus on melee combat due to addition of shields which give the class a charge ability.

While The Heavy has recieved several new miniguns and snackfoods since the release of The Heavy Update, the class now has access to new melee weapons.

The Engineer was the last class to receive a class update. When the Engineer Update finally arrived, it completely overhauled the class. The Engineer update not only gave Engineers the ability to pick up and move their structures, but also gave them access to some nifty new weapons that made the Engineer a much more open ended class to play. Between The Wrangler and The Gunslinger, there are now several new ways to play the Engineer.

The Medic was the first to receive access to new items, and it is also the focus of the recent Uber Update. Apart from the items added in the Gold Rush Update, the Medic also recieved several powerful new items in the recent Australian Christmas Update. The Crusader's Crossbow was a powerful new weapon that allowed the Medic to both heal his allies and kill his foes with the one weapon. The newly added Quick-Fix gives the Medic and Scout a powerful combination.

New weapons that the Sniper aquired in the Sniper Vs Spy Update gives players options to deal with the ever present danger that comes from Spies. New items, like The Razorback, reduced your combat effectiveness but made it much harder for spies to take you out. It’s also impossible to talk about the changes that the Sniper has undergone without mentioning The Jarate: the jar of piss with a thousand and one uses. It is one of the most versatile items in TF2 to date.

The Spy, like the Sniper, also gained some cool new gadgets and weapons, helping Spies overcome new obstacles, including The Dead Ringer and The Cloak and Dagger. The Spy now has The Eternal Reward in the Mann-conomy Update.

TF2 has changed immensely since its release in 2007.  Valve added several new free updates with features and mechanics that make each class more distinct and unique. Team Fortress 2 is unlike anything else in the gaming industry.