How I Learned to Love My Digital Wednesday

Hello, digital friends and welcome to the app age of comics. A wonderful digitized way to rediscover your wednesday fix. If your a comic downloader like me, go to the DC comixology app and check out Batman: Legends of the Dark Knight. A fantastic anthology series of Batman's first few years. This legendary series spawned the award winning classic The Long Halloween, (due to the Halloween specials for this series). Indirectly gave birth to Batman black and white and is responsible for numerous origin retellings of classic villains and heroes alike, that many are consider canon to the current books.

But that's not enough, this series spotlights a plethora of rotating creative teams that includes the likes of Dennis O'neil, Grant Morrison, Mike Mignola, Klaus Janson, James Robinson, Mark Millar, Warren Ellis, Steven Grant, JM Dematties, Steve Englehart, Chuck Dixon, Bill Willingham, Matt Wagner among many other legendary story tellers. Also the tone of the book reads like Batman the animated series but for adults (no, there's no porn in it) also the series is continuity free and that gives it a major A plus for new readers that have no idea how many batgirls live in Gotham City? No continuity, no need to worry about that. 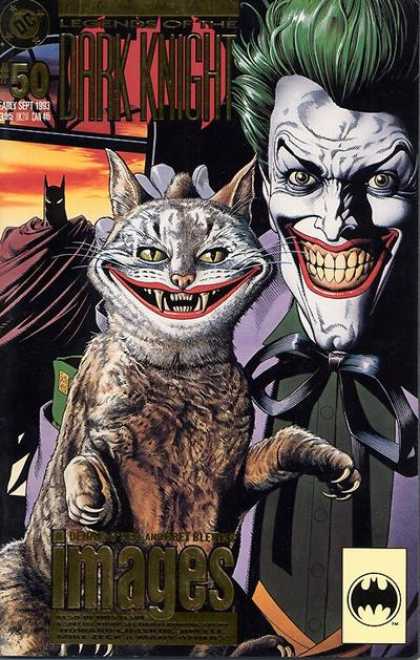 So far only 25 issues have been digitized. Two whole years of this ground breaking magnum opus. Stories like Shaman penned by Dennis O'neil a exellent story of a rookie Batman, that reads more like a Sherlock Holmes novel. Gothic, penned by Grant Morrison based loosely on the German film M, about a child killer. A really spooky, yet well crafted story. Later on Prey, a retelling of mad scientist Hugo Strange and the infamous Venom storyline, the first story that shows the venom drug that gives Bane his Hulk like powers.

But I know what you're thinking, is this old book worth the money? Well... Yeah. This is a no brainer for any bat fan out there, not only are these stories well crafted and brilliantly drawn but self contained. No need to buy them all, pick the one you want to check out first and buy it. Let this books entertain you like the first time you saw the animated series. But that's not all. These books are out of print and the collected edition simply lack any enthusiasm for your fanboy needs. The digitized version augments the art to eleven! This book hasn't look this pretty since it left the hands of the Bat editors of that time. 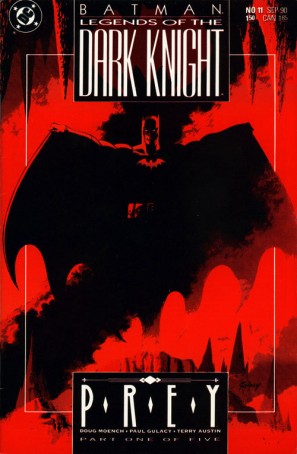 I hope that DC digitized this entire series. Yes I know, is a two hundred and fourteen issue series not counting the specials and annuals but this tittle gets it right. Batman year one, no Robin or Robins, no time traveling Batman, no international Batmen and free of continuity blunders. Although much later in the series some issues became part of current continuity and some set in the future. The title at least 90% of it remained true to its purpose. Also this tittle is one of the longest titles that featured a rotating creative team, that didn't affect the tittle's run, anyone remembers Spider-man tangled web? So give it a try and download your issues today, Batman legends of the Dark Knight one of the best Bat books ever printed or perhaps ever transfered digitally in this our modern app age of comics.