How Rage Could Fail

Bethesda doesn’t make crap, and neither does id.  id has brought great to shooters to gamers for close to twenty years, and Bethesda has devoured hundreds of hours of my precious life with its Fallout series alone.  id is the developer behind this week’s big release Rage, and Bethesda will be publishing it.  While the post-apocalyptic shooter seems like a sure-fire hit, there are still some things that could mar its success.

A big problem is that it comes across as “Fallout with cars”.  While drivable cars would be a nifty addition to Fallout, it’s not necessarily something to base an entire game around.  Shooters have been trying to find the perfect balance of driving/shooting for a decade, and franchises like Halo have worked hard to find the sweet spot.  Rage is set in a devastated world with a ravaged population.  The crowded battlefields of Halo, with slow-moving tanks will be replaced by vast wastelands to be traveled by nimble dune-buggies.  This could result in short bursts of vehicular combat popping up during otherwise unneeded driving levels between the “Real missions” where the player is on foot. 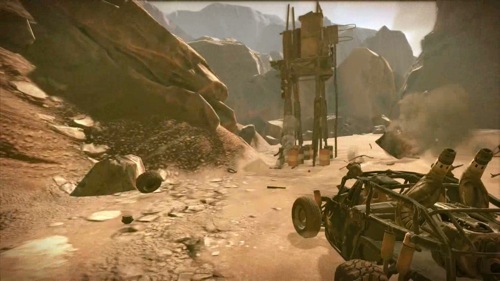 The driving will also figure in the multiplayer, but therein lies another risk for the game.  As of this writing multiplayer will be limited to vehicular combat, and two-player co-op missions on foot.  Without head-to-head shooter matches, it might quickly lose the interest of the hardcore shooter crowd.

It’s running on Id’s new engine, Idtech 5, which is the same engine that they’ll use for Doom 4.  New tech is great thing, but Rage might end up being the test run for Doom 4.  Rather than risk all of their marbles on Doom 4, Id might be using Rage as an experiment to make sure that things will go properly for the next installment in their biggest franchise. 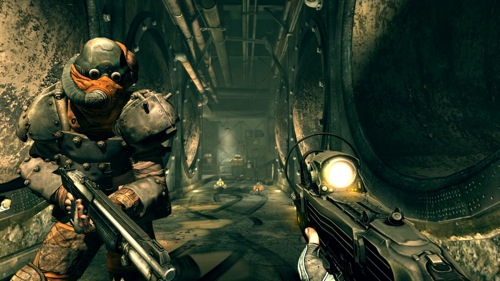 Stop me if you’ve heard this one before: “A lone wanderer emerges from his subterranean vault to lay eyes on the ruins of his once great world overrun by mutants battling against the tattered remains of humanity”.  It sounds a lot like every single Fallout game, and it’s no coincidence that Bethesda has been handling that franchise of late.  Sure, Rage calls the underground survival shelters “Arks”, but the whole premise of a Wasteland Wanderer surviving the end of civilization in a bunker has “Vault-tec” and “Pip Boy” written all over it. 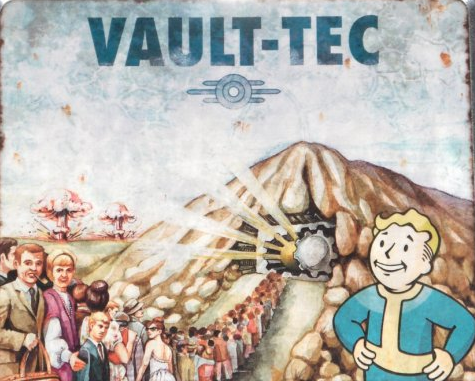 It lends further suspicion to the notion that Rage might just be a test run of the id Tech 5 engine using a generic setting full of ideas that didn’t make it into Fallout 3’s DLC packs.  Gamers facing a choice between Rage, and recent classics like Fallout and Borderlands might decide to grab the Game Of The Year Edition of one of the proven hits, rather than take a chance on an unproven new Intellectual Property.

The amnesiac protagonist isn’t helping out in the originality department either...

While we’re hoping for an awesome experience that gives us the Mad Max game we’ve been waiting thirty years for, there’s still a chance that Rage will end up more like Brink with dune buggies.