How To Train Your Dragon Review

Once you start playing, you can see a bit of potential. The game looks decent when you’re wondering around the very small world and the managing of your dragons seems like, if done well, it could be interesting. Your hopes that the game will be good are shattered within minutes. Once you start training your first dragon, you see how tedious it is before you’re even done. The way to train your dragon is simple; you have to do a certain button combo 4 times. After doing one combo 4 times, you move onto another. There are around 15 combos per dragon. You have to train 4 dragons. Now, if my calculator doesn’t deceive me, that means doing combos 240 times. 16 times doing the same combo (all combos are the same on each dragon, just do different things). Seriously.

After training your dragon, you advance onto tournaments. Which is where you move the near non-existent story forwards. Before the game starts, you choose between two characters. The character you choose has nothing to do with the game at all. I chose the female and out of the 5 or so cut scenes, she was in 3. Tournaments are where you engage in extremely generic fighting game matches, pitting dragon against dragon. No matter what dragon you get, all of them handle poorly. Their sluggish movement never becomes better throughout the entire game and everything the combo system teaches you is thrown out the door as it is more smart to just unleash one combo repeatedly on your enemy instead of varying it up, giving your opponent free space to attack you.

In the small open world it presents to you once you start the game, you can accept side quests, gather items to make your dragons feel better, and finally, do dragon activities to earn bonus experience. These bonus activities are just as bland as the rest of the game. The worst part is, after you do all of the training combos, you have to resort to the activities for leveling up. So you’re forced to do these generic side activities multiple times. They’re decent at first but being forced to do them for an hour or so is ridiculous. Especially since you had already spent about 4 hours on training your dragon’s before-hand. 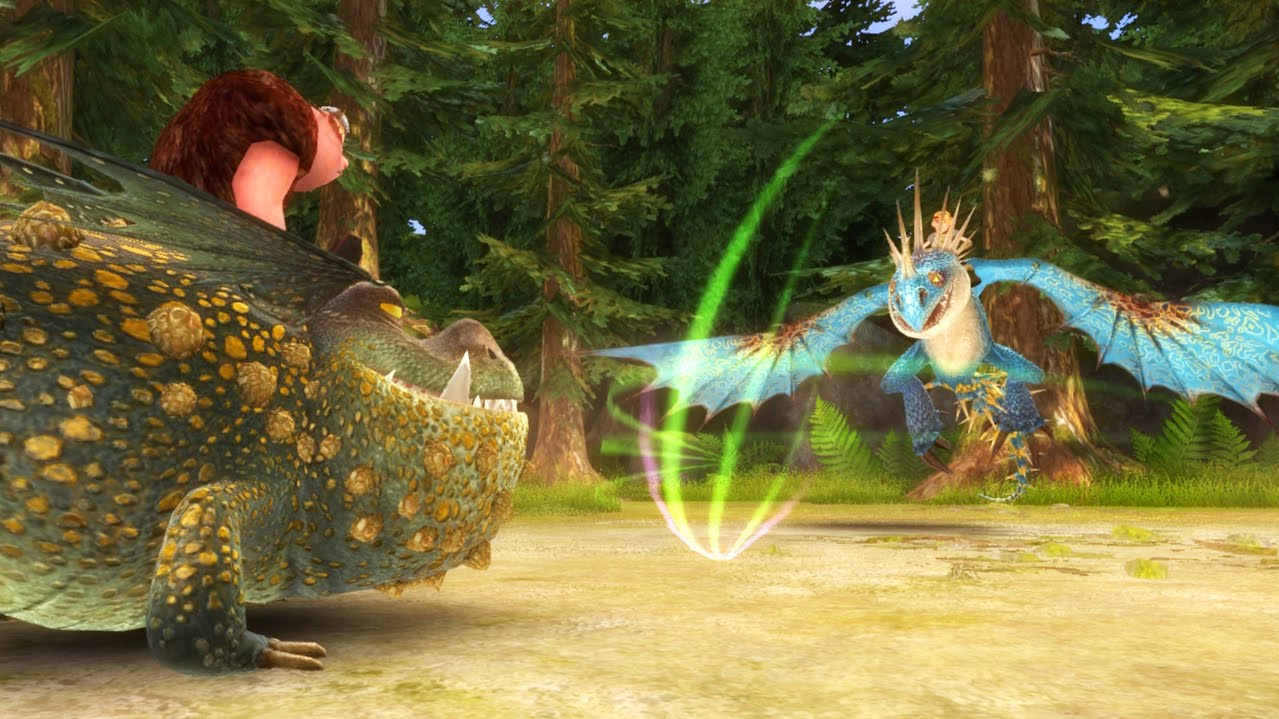 There are some side-missions spread throughout the world, none of which are exciting in any way. They’re all standard fetch quests that reward you with recopies to boost your dragon’s health. Which I never used. The entire game is horrid at telling you what is actually in it. I was around 7 hours in when I found out you can assign characteristic points to your dragons.

The open world itself looks decent but once you’re in combat, the game becomes terrible looking. The dragons all look like a mess and the constant frame-rate drops are a huge annoyance. Some of the combos look nice but doing them multiple times becomes old and, like I said, it’s hard to switch combos mid-fight.

It’s possible to make a good movie game, see G-Force, a very fun adventure game, but How To Train Your Dragon is the complete opposite of fun. It’s generic, poorly designed combat is just one of the many faults in this abomination of a game. If you have any thoughts of buying this game, erase those thoughts immediately.