We know how the Hulk reacts when he’s angry, but what does he do when he feels popular? Unlike his fellow heroes in The Avengers, it looked like the mean green monster wouldn’t be getting another film of his own anytime soon, but reports indicate that Marvel’s anger-prone superstar could be carrying his own picture sooner than expected.

Apparently audiences still love the big guy, as Marvel Entertainment’s Paul Gitter told Forbes that Hulk’s return as a part of The Avengers is tracking very well with audiences.

“His sales are up in a major way,” Gitter says, no doubt thanks to Marvel heads and “Avengers” director Joss Whedon having “repositioned him from where he was always misunderstood to now depicting him in a more heroic and aspirational manner.”

Should the enthusiasm hold, Hulk could be getting a new Marvel program greenlit by next year, which would include a “big budget franchise movie in 2015.” This will of course depend on how well Hulk-mania holds once the planned Guillermo Del Toro-produced Hulk TV series premieres with NBC. Hulk proliferation may even smash the advertising world, as Marvel is considering ways to turn the character into a corporate icon akin to the way Peanuts characters now represent MetLife. 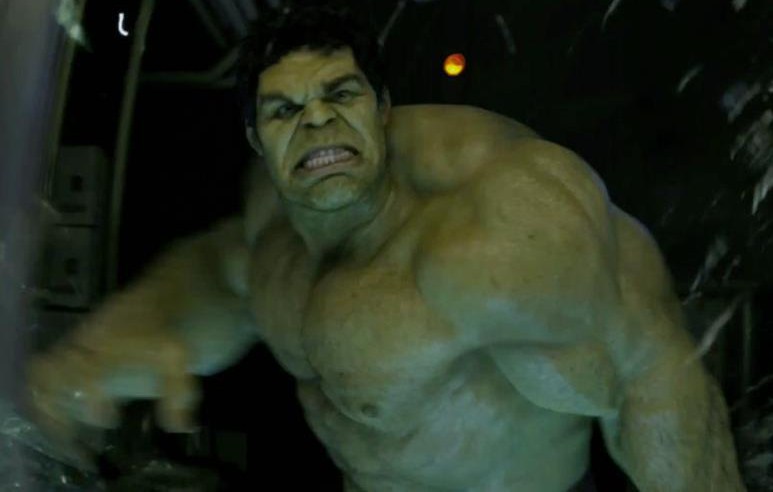 This, however, goes contrary to what Kevin Feige, president of Marvel Studios, has said on record. Feige talked with The Huffington Post about “Avengers” and its subsidiary properties several weeks ago, and he didn’t seem so optimistic when asked about Bruce Banner's silver-screen future:

“... I mean, this was the third appearance of Hulk and everything that we had and were going for, we put in to Hulk's appearance in ‘Avengers.’ So, I love that people are saying that and are feeling that way about Hulk, but mission accomplished at this point.”

Marvel executives might have the final say, if they think The Hulk could be a marketing smash. They are said to be “pleasantly surprised by the phenomenal response,” and who wouldn’t be? After two middling Hulk movies in 2003 and 2008, it seemed the modern day Jekyll and Hyde’s time in the spotlight was at an end. The actor playing alter-ego Bruce Banner has changed with every film, with Mark Ruffalo stepping into the Hulk’s stretch-proof pants for The Avengers, but Indiewire notes he’s already signed on for six more Marvel films.