By: | Comic News | May 26, 2011
Stories like this just make me so happy to be called a human being. Who would have thought that a comic book shop would also be considered a shelter for brothers and sisters in need? If you feel inclined to help, the information is at the bottom of the news article. Let's hope that the town of Joplin, Missouri gets back on its feet soon.

Overnight, a violent tornado that has been described as the worst to hit in America in  60 years struck the town of Joplin, MO. The current number of lives lost is believed to be around 90, and major infrastructure through the town has been demolished including the local hospital and high school. However, amid the chaos at least one local store remains open: Hurley's Heroes comic shop. And the owners are ready to help those in need. 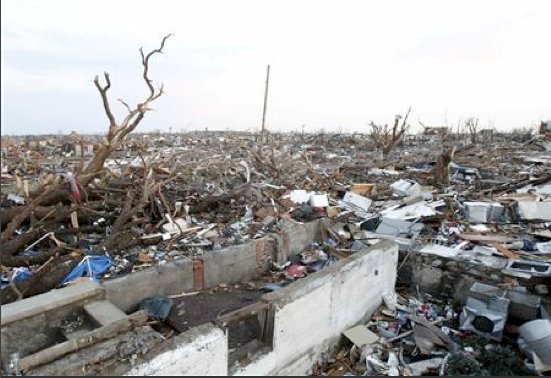 "The whole town is kind of crazy," store owner Jason Hurley told CBR News. "Some of the reports on the news have been exaggerated. There's no way 75% of the town is gone. But there's probably 20 to 25% of the town gone. Everyone I know so far I've found out is alive and okay, but at least half of them have lost their houses. Miraculously, my brother and I are okay. Our families are okay. The store is fine, and both of our houses were all right. So we got crazy lucky."

This morning, Hurley put out word to the town that the shop – located at 1515 W. 10th, Ste. C near 10th & Maiden Ln. – was open and had both electricity and running water as well as other amenities including canned food, clean clothes and some bottled water. Locals in need are encouraged to stop in or call the store at 417-782-6642.

"We're just holed up in the store, and we've put out an alert on Facebook and Twitter – wherever we could – to say that we're here if anybody needs anything," said Hurley. "Honestly, we haven't had any takers here, but one of the hospitals in town was pretty much destroyed, and it's down the block. So the major road we're on is pretty much closed, but we're trying to do what we can in the meantime.

"I live about six blocks away, and I'm probably just going to be here 24 hours if anybody needs anything."

Anyone in the area in need of help or just a place to rest are encouraged to stop by Hurley's Heroes, and people not in Joplin interested in helping can do so through the Heart of Missouri United Way whose Joplin Relief Fund (100 percent of all donations will be given to relief efforts in Joplin) is accepting $10 donations by texts of "JOPLIN" to 864833. More information can be found at the organization's website. (http://www.uwheartmo.org)