Although many MMO-style games try to ape World of Warcraft’s success and formula, there are relatively few quality FPS titles that venture into the MMO arena. Planetside was one moderately successful title in this vein, but often was regarded as too sterile and uncoordinated. Hellgate: London tried it as well to little triumph. With these remnants of titles still kicking around, is there any chance of a MMOFPS that gets it right? Hopefully, Webzen Inc.’s Huxley can fill those shoes. Huxley has been in development for several years and recently expanded to open beta; it will attempt to bridge the gap between modern shooters and the expansive world of MMORPGs like World of Warcraft. 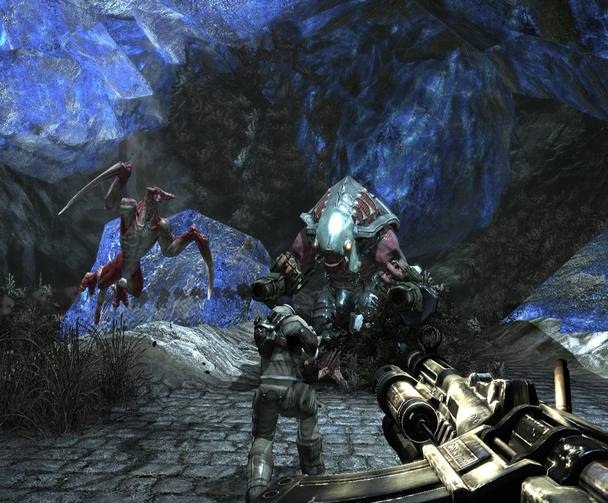 The story of Huxley revolves around a near future post-apocalyptic world in which humans are divided into mutants and ‘normals’, known as Alternatives and Sapiens, respectively. These two factions have surfaced from the devastation of the ‘Nuclearites’ which have caused earthquakes, tsunamis and climate changes that remade the face of the planet. Racial inequalities and oppressive government have separated the undamaged humans into the Sapiens and the radiated mutant outsiders into the Alternatives. However, this balance has been challenged by the introduction of a new energy source known as “Lunarites”.  The power that can be derived from the Lunarites has begun to drive the conflict: whoever manages to secure this energy will have the best chance to wipe out the opposing faction and gain control of what remains of the world.

Each faction has a home city(Sapiens live in Nostalonia, Alternatives in Eska) in which to recover from combat and otherwise partake in the MMO fun that encourages character development and socialization, like professions, guilds, shops, apartments and even garages for player vehicles.  If a player can’t afford a vehicle or is too low level to consider it, they have the option of mass transit that can transport them around a city, allowing them to take in the hustle and bustle of a city otherwise populated with NPC characters taking care of their everyday business. 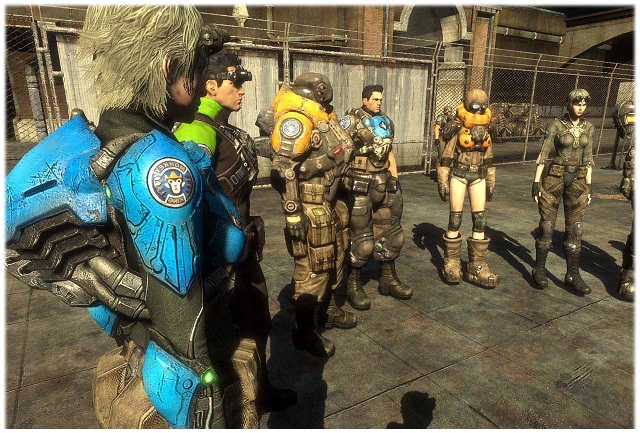 Your character will begin as a small-time enforcer that needs to run everywhere to get the job done; fortunately most of the enemies you handle at that point are within city limits. As you develop and learn more about the mechanics of the game, you are able to use the mass transit system to explore areas farther away and eventually be able to procure your own transportation in the form of motorbikes, dune buggies, cars, tanks and even helicopters.  Each player is granted an apartment in which character weapons, armor and other equipment will be stored, as well as any other special things or achievements that you may have found along the way. Like Planetside, the player customizes his loadout depending on the combination of level and skill choices. Every 10 levels of experience grants the player a licence that he or she may apply to gain the use of a new class of weapon, or the ability to drive a vehicle or other benefits.

Character development is set to be one of the more important features of Huxley. Players first design the shape and look of the character from the start, and then as they play the game they are able to add depth and complexity to their avatars. ‘Experiences’ and ‘Battle Points’ are the two primary ways of adding to development, with early game development designed to be quick in order to make a character competitive even with higher level players in specialized roles. Later in the game players will have opportunity to be proficient in more than one role and be able to deal with multiple situations; the focus was to prevent too great a disparity in player ability so as to make the FPS component more skill-based rather than stat-based. 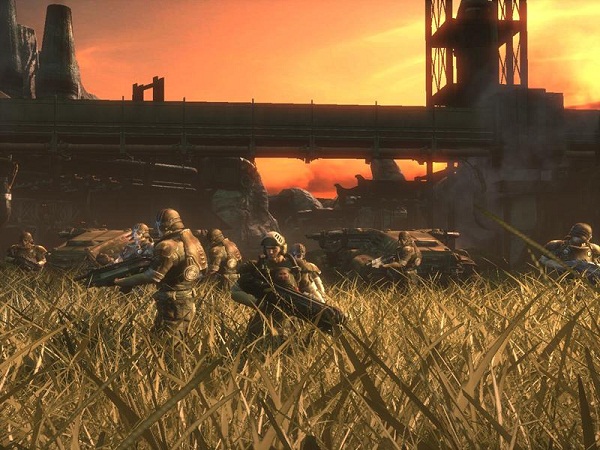 Huxley’s gameplay is intended to be “Unreal Tournament meets Counter-Strike”, with the speed of the game following the hectic Unreal but with the manipulation of skills and tactics from CS. Area damage and headshots will be taken into account. Battlefields will be instanced, with up to 32 fighters on each side coming to a total of 64. Players on PC and Xbox360 will be able to interact in cities, although they cannot participate in PvP with each other. There are two main types of PvP combat: Skirmishes and Battlefields. A skirmish is limited to 8v8 on small maps and is otherwise like a more conventional FPS matchup with variable settings and goals. Battlefields support 32v32 battles, are hosted on dedicated servers, and are focused on grand objectives that drive a team’s success or failure. The PvE component allows up to 4 players to fight NPC monsters and complete quests in instance dungeons like in World of Warcraft.

There are three character classes and nine different weapon classes. In addition to class-specific skills, each player class can use three weapon classes well, but are also given the option to use other weapons with less capability. The Enforcer is the tanking class, with preference towards short-range weapons like shotguns and flamethrowers. The Avenger is the DPS class, given to medium range weapons like machine guns, rocket launchers and assault rifles. The Phantom is the long range stealthy class, given sniper rifles and unique gadgets like a remote control rocket launcher. Each weapon can have special variations, like coldthrowers that shoot ice instead of fire, scanning rifles that alert team members to struck targets, and shield recharging secondary functions on other guns. In addition, of these there are smaller modifications to fire rate, damage and other factors that are present on every weapon. Some weapons only appear in late game, like a rocket launcher that fires two rockets at once or sniper rifles that do damage over time.

Abilities are equipped like weapons or armor, and can range from passive skills (health regeneration) to active (grenades). Each class is granted skills as they level up, but they can only use a limited selection that is chosen before the battle begins. The Enforcer is granted skills that negate damage, the ability to taunt enemies, and other tools that help his tanking role. The Avenger gets skills that improve movement, accuracy and sensing, while the Phantom is better able to hide and evade than anyone else. 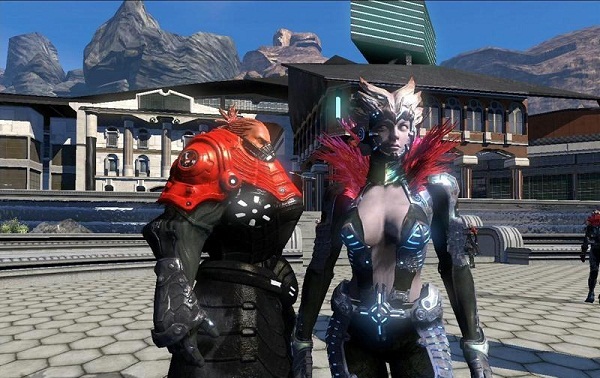 The graphical specs are one of the most celebrated aspects of the game, with cool features like realistic depth-of-field setting the difference between foreground and background objects, hyper-detailed character models with self-shadowing and flesh that looks like real flesh, as opposed to a polygonal creation. The creative-looking vehicles allow for the traversal of the giant game world, which encompasses cities, countryside, industrial facilities and many other locales. The Eastern influences are played out more subtly than with more conventional anime-style titles, blending the Unreal Engine 3 with tasteful art and realism. Player avatars are fully customizable, from facial features to armor to even clothing and armor coloring.

Huxley has been in development and beta for a long time, and is coming close to what looks like a release early next year. Its scope is pretty enormous, and adds valuable backstory and social options to a genre that badly needed it to maintain interest beyond the gameplay. The graphics look great, and the character customization is deep and varied. If you’re interested in what looks like a promising MMOFPS next year, keep tabs on Huxley, set to be released on Windows (Xbox360 is still pending approval).