I'm a dedicated Malthusian, so I'm happy to see any game address the principles of population control, which were at the core of the story in the XBox Arcade game Hydrophobia.  Sadly, I had to lower myself to playing this game on a console, instead of my PC, and the same was true of Hydrophobia: Pure, the extensive patch for the game that came out a few months after its initial release.  Now I can enjoy myself with the latest update, Hydrophobia Prophesy, which is coming out on the PC next month.  I presume that Playstation 3 owners who read the works of Thomas Malthus will feel the same way, because this former XBox exclusive is also coming out for PS3.

The original version of Hydrophobia received punishing reviews, while the Pure patch showed substantial improvement.  However neither edition really succeeded in captivating players.  The gameplay used parkour platforming similar to Mirror's Edge, but with a third person view, and combined that with a cover-based shooting system.  All of this worked adequately be the time Pure was made, but the game didn’t exactly shine. 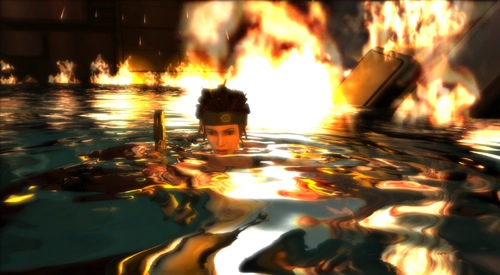 The story about a woman trapped on a sinking utopian city, in a future where the world’s population has exploded wasn’t conveyed well enough to make sense to gamers not already in on the population-control theories of Tomas Malthus, who failed to appreciate the misguided terrorist “Malthusians” who served as the game’s bad guys. 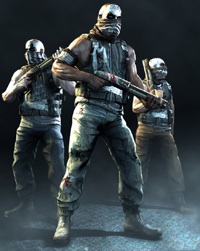 Add in to the mix a horribly annoying supporting character named Scoot who constantly yammered in your ear with a grating accent that was a combination of Welsh, Scottish and Stroke Victim, and the game had a hard time showcasing its better features, like the water effects, interesting setting, and clever story.

Prophecy hopes to finally resolve complaints about the game, and this new edition shows a remarkable degree of community interaction, because these patches and updates are based on consumer feedback.  Rather than just making a better sequel, the developer Dark Energy Digital has substantially re-worked their product for it’s impending Steam and PSN release.

Prophecy isn't quite a sequel, it's more of a 1.5 edition with about 70% of the game being new, while still retaining some of original.  New material includes voice acting, levels, gameplay elements, a different ending, along with some tweaks to the already impressive physics engine. 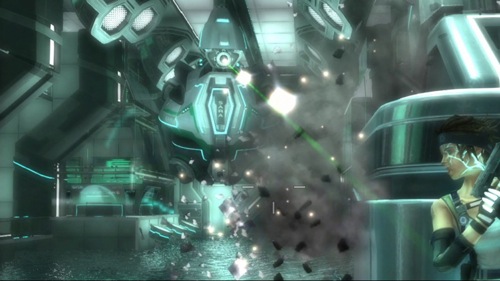 "We could’ve just ported Hydrophobia Pure over to Steam and PSN after the positive response it received, but we decided to go much further", says Dark Energy's Pete Jones "The community really blew us away with the incredible response to Hydrophobia Pure and the outstanding level of feedback on the listening post, so we wanted to return the favour and ensure we created a bigger and better experience in every possible respect with Hydrophobia Prophecy for Steam and PSN"

Hydrophobia Prophecy comes out for Steam on May 9th, and will cost $10.19, including the 15% pre-purchase discount, which makes it $11.99 without the pre-order bonus (And I thought I'd never have a job where I use my algebra).  The PS3 version will follow at an as yet unannounced date.