"200 hours clocked in and counting!"
By: Edward Oliveira | Wii-U Features | February 9, 2015
Hyrule Warriors came out this past September, and it’s still running on my Wii U. I have been playing it at any chance I get, and even with other games like Smash and Bayonetta 2 (which I have shamefully not started) I keep coming back to this spinoff. Now with the third pack of the season pass out, I’m wondering why this has taken such a hold of me and thousands of other Zelda fans.
Adventure Mode 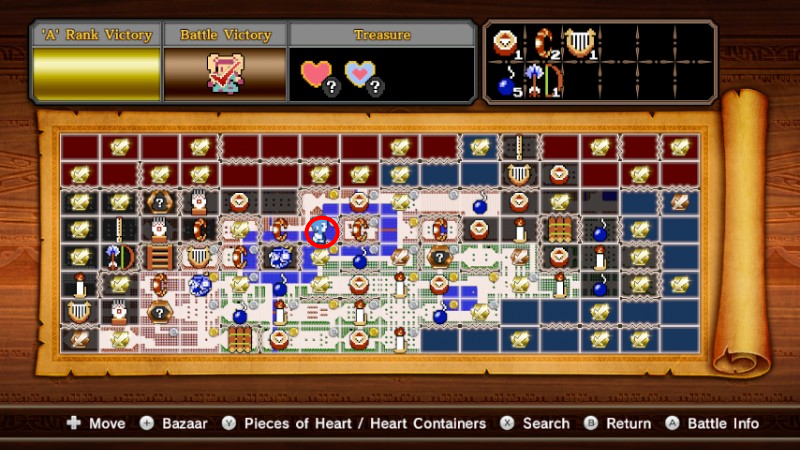 Because the story mode is so short, about 90% of my playtime has been in this mode. The objective is to do various missions themed based on the original Legend of Zelda map, followed by its Master Quest form, Twilight Princess and Majora’s Mask if you get the season pass.
These missions are bite sized, ranging from 10-20 minutes and it always leaves you wanting more. So after playing a few, you mumble “just one more,” and before you know it, the entire day is gone. Each stage paces your character pretty well, so leveling up, earning rupees or farming materials for upping your characters’ abilities doesn’t feel like a grind, though it totally is.
Best Warriors Gameplay 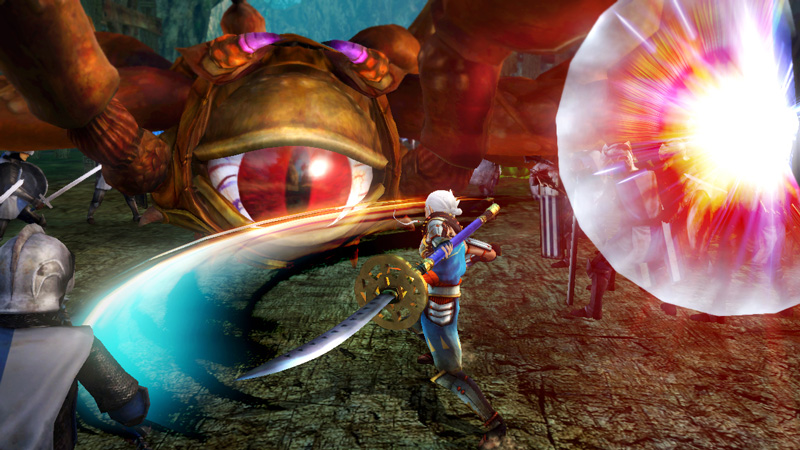 A few weeks after Hyrule Warriors’ release, I picked up Samurai Warriors 4 on the PS4 and it felt completely unplayable compared to the Zelda spinoff. Hyrule Warriors plays much faster, is much better animated and have a ton of fun, diverse characters. I’ve been a Samurai Warriors fan since the second one on the Xbox 360, and now I can’t even play them without getting bored.
Hyrule Warriors opted to do something else different, and it’s one of the biggest difference makers and helps keep the fast pace, well, fast. Since you don’t jump in traditional Zelda games, they took out the ability to jump like in many other Warriors games in exchange for a more Zelda-esque dodge. This mean so much because the dodging not only allows for quick sprints against strong enemies, they also cancel out most animations. This means fighting can be twitchier, making the action less like a normal Warriors game and more as a stylish action game like Bayonetta or Team Ninja’s Ninja Gaiden games (no surprise since they also co-developed Hyrule Warriors).
Season Pass + Good Updates = Replayability 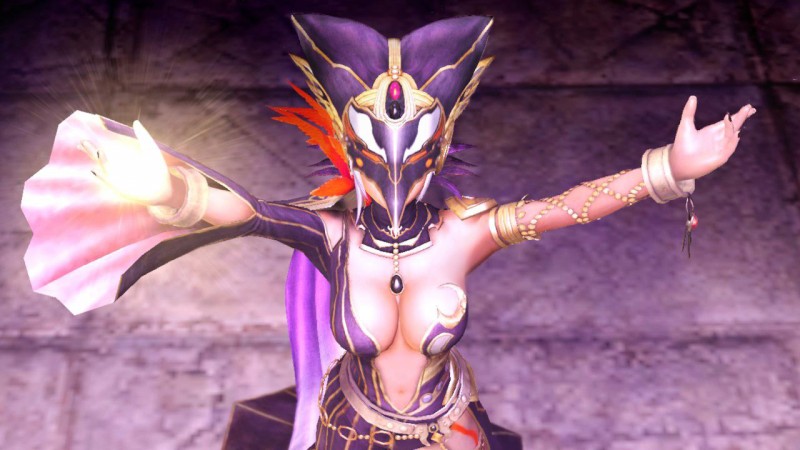 While the Adventure Mode was hell of a lot of fun, there would have been a time when I finished it, leveled everyone to 100 and probably never picked it up again. Thanks to Omega Force and Team Ninja, which still hasn’t happened because they rolled out an incredible amount of DLC and updates from launch to now.
First they added the ability to play any background music for any fight alongside the Challenge mode and the 8-Bit Sword for Link. A few weeks after, we got the chance play as the villains Cia, Volga and Wizzro as well as the extremely welcome and time-saving feature of disabling cutscenes during battles. Then in November, they added amiibo support, raised the level cap to 150, raised the amount of materials you can keep to 999 each, and gave us new potions. Finally the last DLC pack obtained another update which raised the level cap again to 200, added more potions and gave players the ability to remove skills from weapons, see how much damage a player took in the pause screen and restart battles instantly (though that last one increased load times sadly). 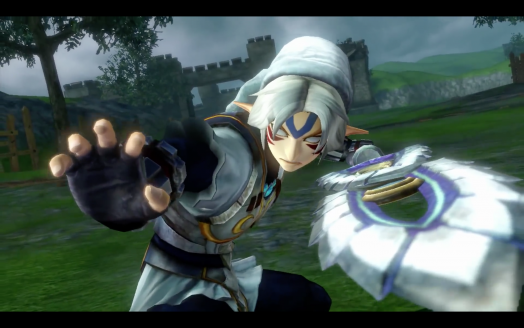 On the paid end, Nintendo put out the Hero of Hyrule season pass for the game and it contains four DLC packs for twenty bucks. The first added the Master Quest version of the Legend of Zelda map (which has different hidden areas), with a whole new set of objectives and unlockable weapons. The second was themed on Twilight Princess’ map and allowed officers and bosses to drop two materials in fights, though the difficulty was ramped up to cater to the increased level cap. The last new map is based on a game rereleasing this week, Majora’s Mask, and has totally different methods of traversing the map (with Deku, Zora and Goron masks to collect and use to unlock pathways) and a countdown clock that resets the map, though you get keep all your items, ranks activated owl statues for warping. The last one that’s coming out is a boss rush mode that hasn’t been detailed yet.
From the great amount of time to complete these to the time frame that they released in became a flow of addicting gameplay that was not only well worth the cost of admission, but was scheduled very well to allow me to take advantage of everything. 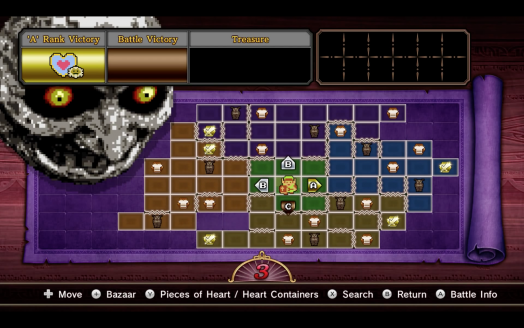 Ganondorf Was Not Only Playable, But Amazingly Redesigned 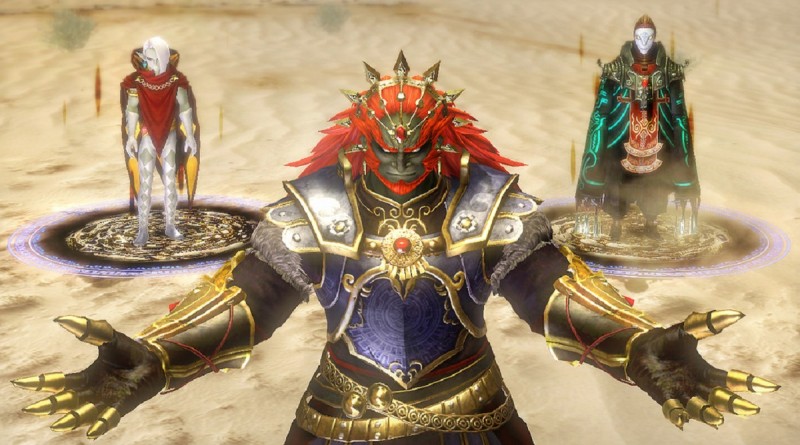 I love how they designed the new Link, Zelda, Impa and Shiek, but Ganondorf is simply badass. I’m hoping it makes Nintendo rethink Ganondorf as a character because all that hair, the fur in his armor, it puts some of his other incarnations to shame. After he’s leveled up a bit, he’s super powerful too!
Hyrule Warriors is pretty repetitive, but Tecmo-Koei took an approach unlike many other Warriors games in gameplay, presentation, post-launch support and features. Perhaps it was because numerous studios developed it like Team Ninja, Omega Force and Nintendo EAD, and it had the budget to support such a lofty goal, but it really reimagined how Warriors games should be designed. It seems like it’s becoming an idea since Dragon Quest Heroes and One Piece: Pirate Warriors 3, two other Warriors collaborations based on Square-Enix’s JRPG and the popular anime respectfully, seems to be again moving away from the traditional hack-n-slash formula for not just something more approachable for new audience, but something more fun.