Ian McShane, Ray Winstone and Five More Are Dwarfs in ‘Snow White and the Huntsman’

Universal’s move to release Snow White and the Huntsman earlier than scheduled has put the final round of casting in motion. The studio has quickly cast all of the seven dwarf roles for the film.

Pirates of the Caribbean: On Stranger Tides star Ian McShane is committed to play dwarf leader Caesar, while Bob Hoskins, Steven Graham, Eddie Izzard, Toby Jones, Eddie Marsan and Ray Winstone are also negotiating to play dwarfs in “Huntsman.” They'll play the blind Constantine, the angry-looking Nero, the husky Tiberius, the shy Claudius, and twins Hadrian and Trajan, repsectively. If you couldn't tell, the dwarves in this film are named after Roman emperors. 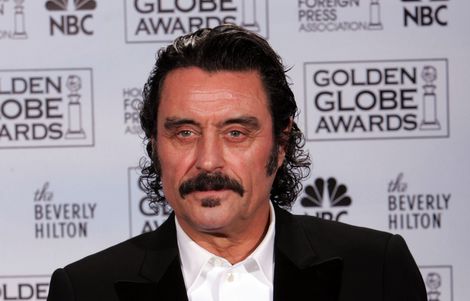 The Hollywood Reporter’s Heat Vision blog relays the news about McShane’s role and those of Hoskins, Izzard, and Jones; they also reveal Winstone's casting and the roles of Graham and Marsan.

Snow White and the Huntsman is currently slated to hit cinemas on June 1, 2012, with production beginning sometime later this summer.