By: | Comic News | June 30, 2011
You know what's annoying? Not getting all the news for one publisher in one place outside of huge press releases on that publishers site. What I've done here for you, and really this is for your benefit, is take all of that information and condense it down onto one post that contains everything that IDW has going on right now. Fun right? Let's begin.

Ghostbusters - Sony and IDW are teaming up to bring an all new ongoing Ghostbusters series that's spanning out of the first ever Franchise cross-over event Infestation. The book is being written by Erik Burham and drawn by Dan Schoening and is set to take launch in September. And what's better than variant covers? Nothing, here's a bunch of variant details for all those die hards out there.

IDW will offer special retailer incentive covers, including a “Who Ya Gonna call” cover by Schoening, and a glow-in-the-dark cover. Furthermore, as part of IDW’s “Be a Ghostbuster” promotion, retailers will have the opportunity to obtain a unique variant featuring up to four personalized Ghostbusters on their cover. Fans are encouraged to reach out to their retailers to learn more about these exclusive variant covers. 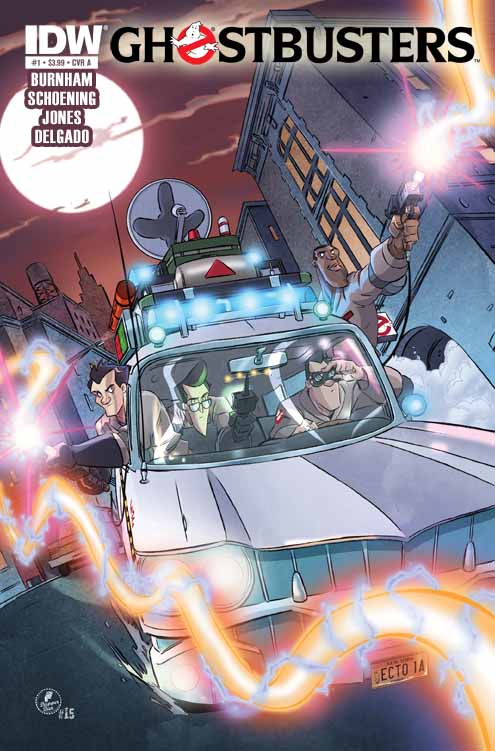 Code Word: Geronimo - IDW and Charlie Foxtrot Entertainment are teaming up on an original graphic novel about the events of May 1, 2011 where a Navy Seal team raided Bin Laden's compound. The graphic novel is being written by not one, but two experts, the first of which is Captain Dale Dye and the second is Dr. Julia Dye. The duo our equally matched with two artists: Gerry Kissell and Amin Amat. It should be interesting to see how this book is received by comic readers. Usually fictional depictions of current "conflicts" are not well received. And look at that the book is hitting on September 6th, so mark those calenders.

“Due to entirely appropriate security concerns, there is some creative license in our script,” said Captain Dye. “But I think readers will be gratified with the detail and thrilled with our take on one of the most daring and successful commando raids in American military history.” 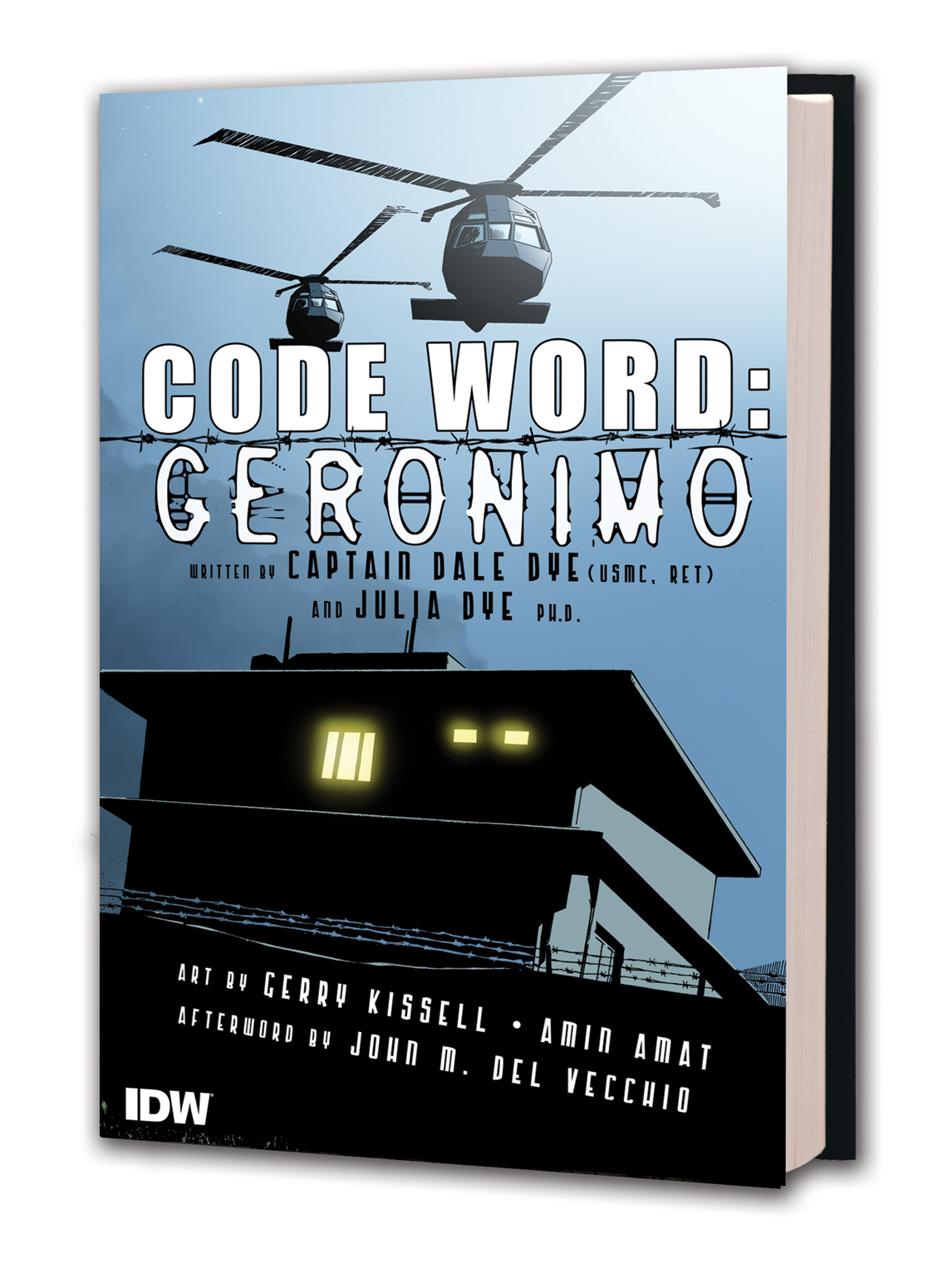 Star Trek - Hope you're not tired of IDW pairing up with people, because they've teamed up with CBS and Star Trek producer Roberto Orci for a new going Star Trek series based off of the alternate time line from the new movie. The book is being written by Mike Johnson and drawn by Stephen Molnar and is hitting shelves in September as well. Hopefully not the same week as Ghostbusters, since that wouldn't be any fun at all.

“Movies cost money. Lots and lots of money,” said Orci. “But comics give us unlimited budgets to take the crew of the Enterprise farther than they've ever been. Join us!” 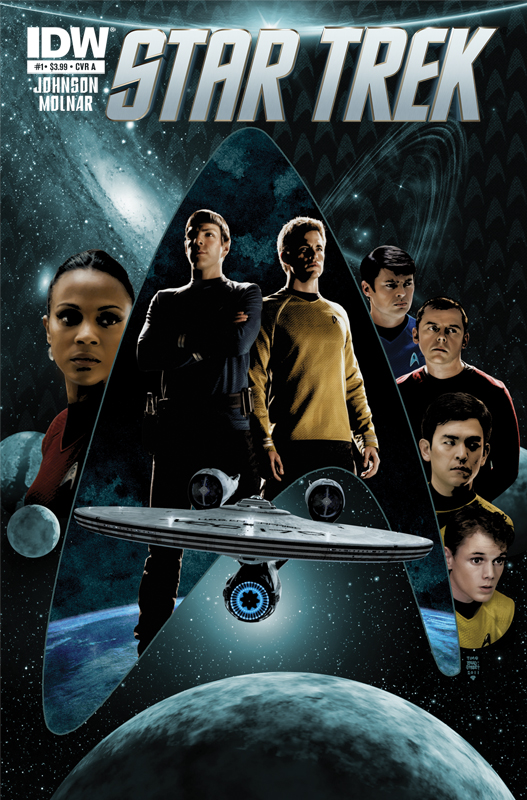 IDW and Comixology Team Up - The biggest comic app is teaming up with IDW to bring their 200 Transformer titles to Comixology app and the Web. This tie-ins to that sale thing their doing for the movie thing that may or may not have come out today. But wait! You're thinking didn't they already team up and work together? Yes they did, but this announcement is for Comixology's Android platform. So bust out your tablets or G2's and get to reading. Also if you have any other Android phone then good for you, but there's to damn many that are named after things that occur in nature to remember them... and the G2 is better.

“Working with IDW, one of the largest and most esteemed comic publishers in the industry, to launch their entire TRANSFORMERS comic library on Android is truly an honor,” said David Steinberger, CEO of comiXology. “IDW has really elevated TRANSFORMERS comics to a fan-favorite that our community has been waiting for.”

Crawl To Me - Tons of news about Alan Robert's (Life of Agony) new series launching mid-July from IDW. The first is a video for the comic's release which is below and the second is info on a contest that's running for the series. We've got an early look at the book coming up so check back for more info and the review! 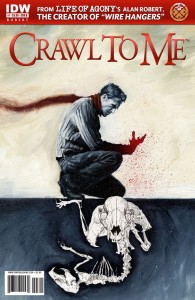 WHO: ALAN ROBERT of LIFE OF AGONY, creator of the comic series- CRAWL TO ME and WIRE HANGERS (IDW Publishing)
WHAT: FANGORIA MAGAZINE- UNLEASH YOUR INNER DEMON CONTEST – Enter for the chance to WIN a FREE (1) year FANGORIA subscription PLUS, a one-of-a-kind, CRAWL TO ME ArtGuitar ® Riffmaster ROCK BAND/GUITAR HERO controller, complete with its very own Coffin Case.
WHEN: Enter to win beginning TODAY thru Monday, August 1st at 5 P.M. (no purchase necessary)
WHERE: http://www.crawltomecomic.com/contest/
WHY: To commemorate the release of Crawl To Me (Issue #1), due out July 13, 2011.


And there you have it, everything you need to know from IDW.