IDW and Wasted Talent Launch – Crawl To Me

By: | Comic News | March 31, 2011
You know that bass player from Life of Agony, Alan Robert? Well I don't, but apparently he likes making horror comics. He's launching a new one called Crawl To Me which will hopefully be at Wondercon so I can do a super early review. The premise sounds interesting, but I'll let the press release break down the comic info and the news that Alan Robert's first horror comic Wire Hanger is being adapted into a movie... yay! more comic movies. 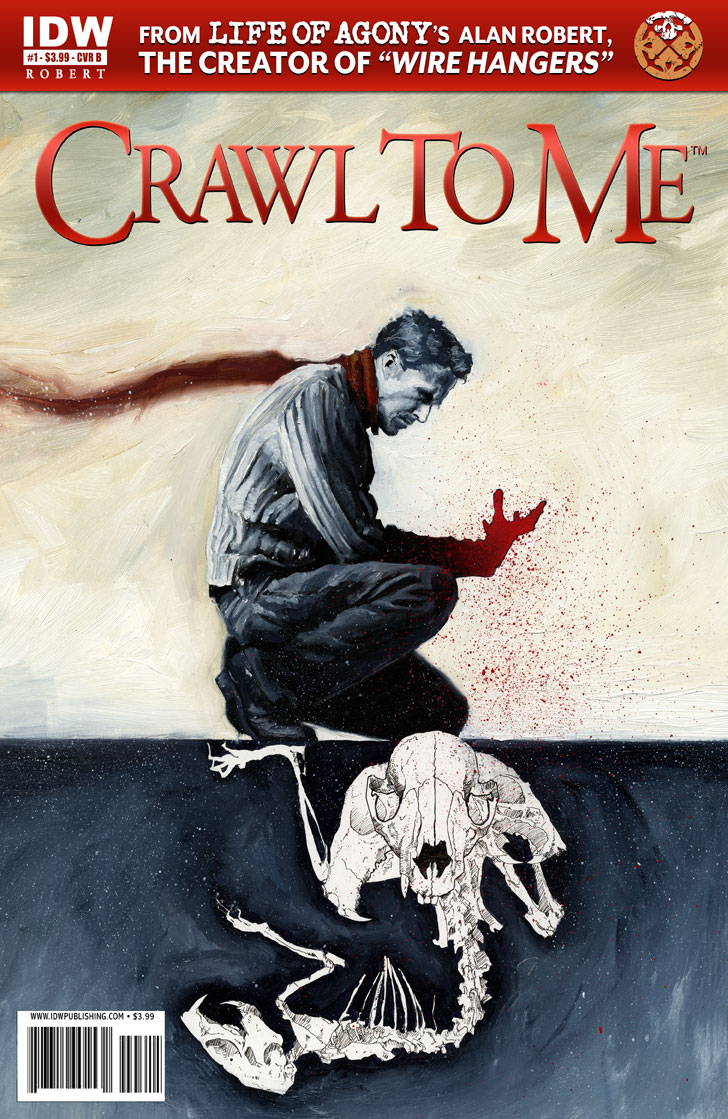 Crawl to Me takes place in an isolated country town during the frigid winter months. The story centers on a young family as they cope with a series of disturbing events that force them to question their relationship, their faith and their very existence. When husband and wife, Ryan and Jessica, move into their first home together, strange things begin to occur. Half-eaten animals and other remains are found inside the basement’s crawl space. Their family dog disappears within the house.  Distant voices are heard from beneath the floorboards. The couple begins to think that an evil entity is living inside their walls. Nothing can prepare them for what they’ll discover, but Ryan and Jessica soon realize that they must set aside all they believe to be true, in order to face their inevitable reality.

"I couldn't have been happier to do Wire Hangers with Alan," said Chris Ryall, IDW's Chief Creative Officer, "and to see him stretch in different areas here is even more gratifying. This is a dark, psychologically affecting and surprisingly intimate story that I'm happy to foist on an unsuspecting comic-reading public. Put another way, if you survived Wire Hangers with any part of your psyche intact, Crawl to Meshould help finish the job."

“All my life, I’ve been told that I have a warped and twisted imagination. So, with these horror stories, I’m finally putting my morbid thoughts to good use,” says Robert. “When Wire Hangers was received so well by comic and horror fans last year, it really inspired me to continue creating stories in the medium. With Crawl to Me, I wanted to go even darker, but, don’t be fooled. This is not your typical, run-of-the-mill, haunted house story. It’s more of a thriller, filled with a ton of demented mind-games that will keep you guessing. Think of it like a Twilight Zone episode on steroids.”

Also I will never think of Twilight Zone on anything other than greatness Alan, nor should you!