Well Sony has their new killer app coming out in a few days.  Infamous 2 will give Playstation 3 owners a dose of super-powered sandbox action that will only be available on their console.  Which is a shame, because the game and its hero would have worked so much better on the Xbox 360.  Granted, it wouldn’t be exactly the same game if it were an Xbox exclusive. Like it or not, our favorite console has its own unique style for most games.

For starters, Infamous’ protagonist Cole McGrath wouldn’t be a bike messenger who accidentally gains super-powers, like in the PS3 version.  He’d be a grizzled space marine.  Sure, the tough-as-nails super soldier from the Space Corps is a cliché, but we wouldn’t have half the games on Xbox without this stereotype.  So, instead of being an ordinary guy who stumbles into his powers, he’d be the product of a military experiment, and instead of fighting crime, he would be humanity’s last hope against a race of marauding aliens. 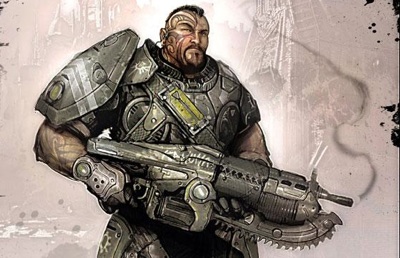 Cole’s appearance would be redesigned too.  His sleek athletic body would be replaced by a neckless slab of muscle, and his stylish urban clothing would become battle-scarred body armor. If he’s to appeal to Xbox owners, he’ll need to be manlier.  Possibly just a cyborg exo-suit crammed full of sentient testicles. 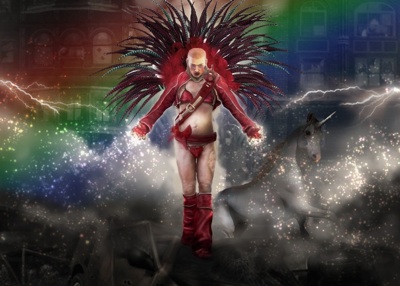 From the upcoming Wii adaptation

He’d have guns too.  In the Playstation version of the game, Cole fought crime with the power of electricity!  Sure, it sounds nifty, being able to shoot lightning, but Real Men shoot guns. Even if they have superpowers, a proper hero for an Xbox game needs lots of guns. Guns with chainsaws bolted to the barrel!  In the Xbox exclusive Crackdown, the protagonist had super speed, could leap tall buildings, and had the strength of a hundred men.  But that didn’t stop him from dishing out some hot lead. He just ran around with guns really fast, jumped over buildings so he could shoot stuff on the other side of the building, and carry very heavy guns! 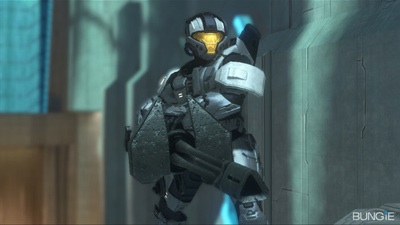 Aside from a beefier hero, the game would have some new features better suited to the Xbox.  Like online multiplayer.  Granted, Sony is having a hard time managing online anything lately, so it isn’t surprising that Infamous 2 is single-player only.  On the other hand, every game released for the Xbox is mandated by Federal law to have some sort of tacked-on zombie nazi onslaught mode.  Yes, as an Xbox Live gold member, you would be able to pay a monthly fee for the privilege of fighting off wave after wave of enemies, alongside a team of shrill junior-high kids who shriek profanity over their headsets at you.  All while that one guy without a headset wanders off by himself to get killed over and over again.

The only real drawback to being an Xbox exclusive is that it would be slightly grainy-looking if you played it on a 72 inch Hi-Def TV.  Yes, playing Infamous 2 with Playstation’s 1080p resolution would be nice, but it would be better with Kinect.