IL-2 Sturmovik is an award winning ten-year old flight simulator series that, unlike other sims, focused mainly on aerial engagements on the Eastern Front during WWII. Released in 2001 with 31 craft available from both the Allies and the Axis, along with 40 non-flyable enemy craft, IL-2 has blossomed with several sequels, culminating with over 340 aircraft in the game, including both active-duty planes as well as experimental prototypes. Breaking from the more or less Eastern battles and Soviet-bloc focus, a new sequel is set to be released, titled Cliffs of Dover, which takes place during the 1940 battle over Britain, with British(obviously), German and Italian planes taking part. 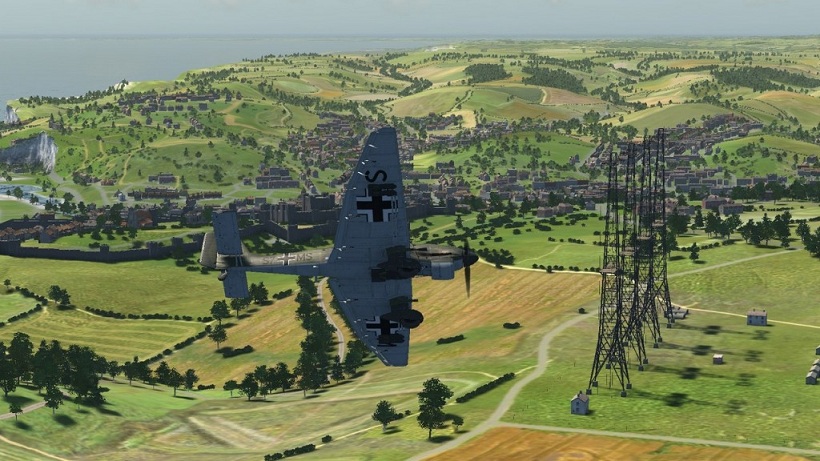 As one of the primary craft used in the battles, the titular Sturmovik remains one of the most well-known and the most produced aircraft as of today. In addition to the extensive collection of planes and scenarios, the original game included a multiplayer mode in which up to 100 players can battle for free over the Hyperlobby matching service. Cliffs of Dover allows players to expand the fun to 128 players, and can range from short, basic deathmatch battles to insane endurance matches lasting days to weeks.

Included in this expansion pack are dozens of new aircraft, each modeled with exact tolerance for visual accuracy. Twelve of these craft are player controllable, all with the option for the player to inhabit any station in each aircraft that he or she prefers. The other thirteen craft are AI-controlled only, if only to add to the variety of setting that the game can provide. Spitfires, Hurricanes, Messerschmitts and Stukas, all very much the workhorses of the aerial campaigns, are fully detailed within the cockpits and most certainly demand skill to use and navigate. What’s more, a new engine updates the series to the cutting edge, allowing full use of DirectX 10 and 11 shaders and graphical support. Photorealistic villages, cities and vehicles combine to recreate the northern sections of Europe along with England proper. 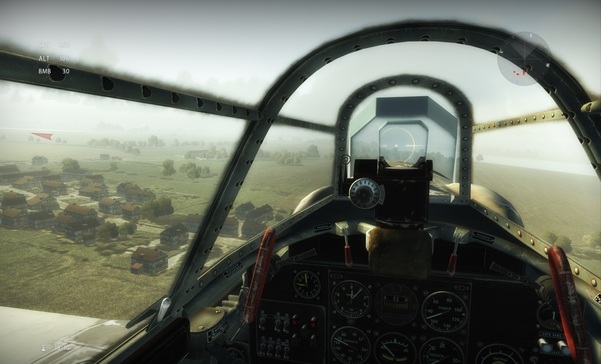 The single player campaign allows the player to join either side in the momentous conflict: siding with the ailing British as they beat back the Huns is an exciting prospect, especially when you are tasked with preventing wide scale bombing of the home cities. On the other hand, the thunderous Luftwaffe can be just as dramatic, considering the historical battles you can take part in. If the player is new to the series, an interactive training simulator is provided in Cliffs of Dover; a voiced instructor will guide a period-accurate training plane through a series of missions designed to educate the plebs from a green puke to a hardened veteran. 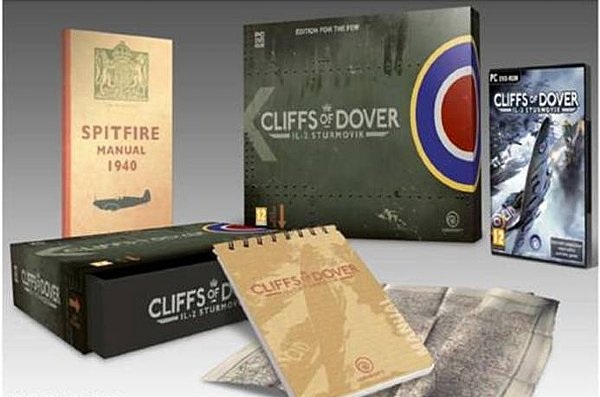 Developed by 1C: Maddox Games and published by 1C and Ubisoft, Cliffs of Dover brings the series to modern graphical standards as well as allowing customization of the customary brutal difficulty of flight sims in general. By including a more robust training mode, more players may be drawn to the genre and thus develop an appreciation for the historical ramifications of the often-drawn out aerial battles. That and the neato planes! A special collector’s edition is available as well, including some interesting trinkets like a cloth map detailing strategic locations over Britain, replica notes on the Spitfire and a 150-page book detailing pilot instructions on tactics and maneuvers. If you’re a hardcore WWII buff, or a flight sim addict, you’ve probably got an older form of this game already, but if you’re curious, try it out. IL-2 Sturmovik: Cliffs of Dover is set to be released on May 24, 2011 in Europe and North America.