Image Comics – Getting into the Spirit

By: Justin Moody | Comic News | September 22, 2010
This December, Image Comics gets festive with the release of DYNAMO 5 HOLIDAY SPECIAL 2010 and SANTA CLAUS VS. THE MARTIANS!

It's the holiday season in Tower City, but the Dynamo 5 kids don't get any time off. They're busy tracking down one of Captain Dynamo's old enemies, who has escaped from prison. But is there more to this simple escape than meets the eye?

Written by Jay Faerber, with art by Marcio Takara and a cover by Mahmud A. Asrar and Ron Riley, DYNAMO 5 HOLIDAY SPECIAL 2010 will be in stores December 22, 2010. CHEW artist Rob Guillory provided a special incentive cover as well.

"The Dynamo 5 Holiday Special gives us our first look at how Tower City's resident superheroes celebrate the holidays," explains Faerber. "The kids have to juggle their 'real' families along with their superhero family -- plus they have to make time to track down an old enemy who escaped from prison. In addition to telling a complete stand-alone story, this Holiday Special also lays the groundwork for the big event coming to Dynamo 5 in 2011."

For centuries, one man has patrolled the night, rewarding the good and punishing the wicked, protecting children from all manner of dangers. So, when a mysterious canister falls from the sky and crash lands in the peaceful English countryside, only Father Christmas can put an end to the threat of invasion from the Red Planet! 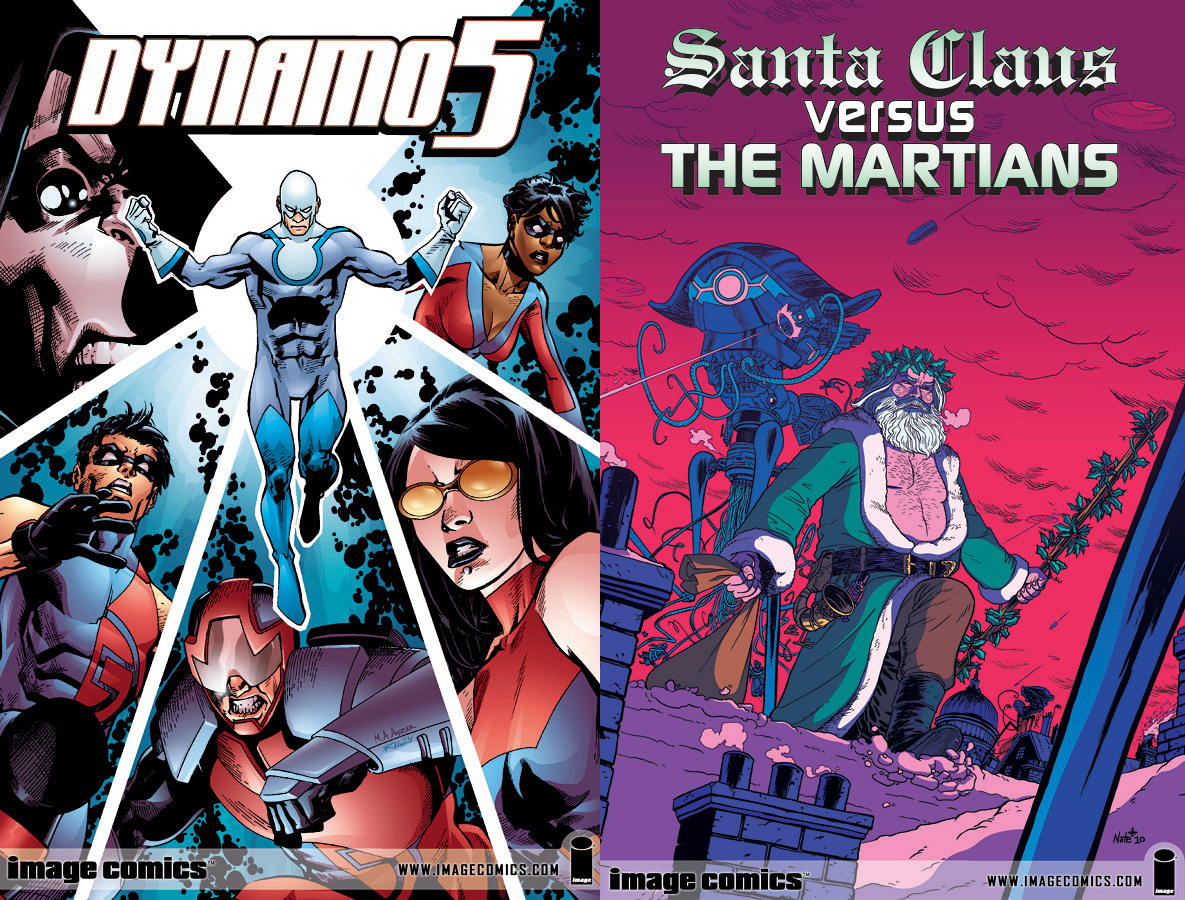 SANTA CLAUS VS. THE MARTIANS is a four-issue miniseries written by Benito Cereno and drawn by James Harren with covers by Nate Bellegarde. The first issue does on sale December 1, 2010

According to Cereno, "SANTA CLAUS VS. THE MARTIANS takes its inspiration from the high concept of the famously terrible B-movie SANTA CLAUS CONQUERS THE MARTIANS. Rather than being an adaptation or remake, it uses the basic idea as a springboard for an epic battle that explores the way our culture has looked at the Christmas gift-giver and invaders from space over the course of three centuries. Whatever your favorite bit of the Santa mythology or whatever your preferred form of Martian, chances are good you will see it within the pages of this mini-series!"