By: Justin Moody | Comic News | June 16, 2010
With all the excitement around Video Games and E3, Image releases a comical look at the overly serious nature of the console wars.

Next Generation Console Conflict! Next Gen Warz battles for your disposable income in September

Berkeley, CA - 16 June 2010 - Forget waiting in line for the next game system -- get in line for Ryan Kinnaird's NEXT GEN WARZ, a hilariously satirical take on anthropomorphic video game systems! The first issue of the miniseries from Image Comics will hit stands September 22. 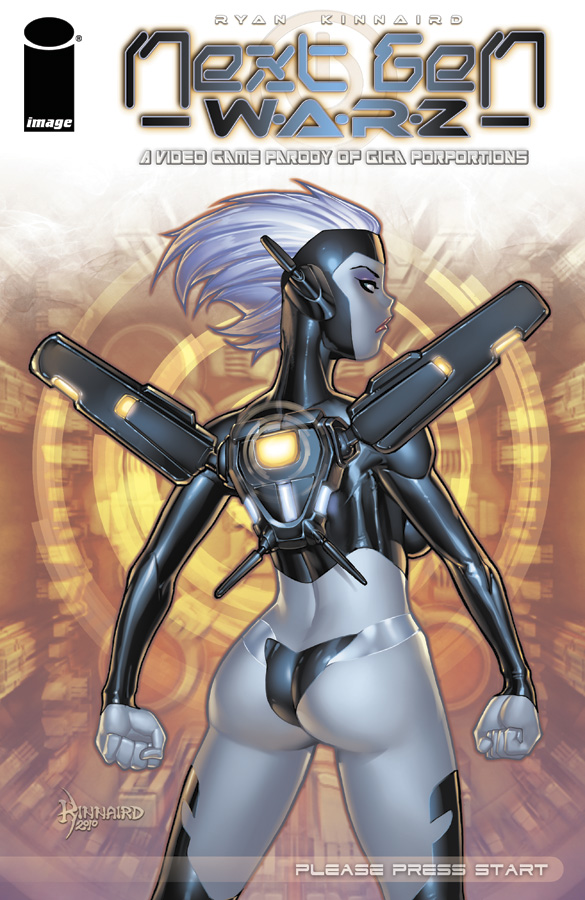 "Next Gen Warz is a fun and satirical look at the world of video games," says Kinnaird. "From those who play them, to those who create them, and to those who make the machines the games are played on."

In NEXT GEN WARZ, writer/artist Kinnaird (X-Men: Phoenix - Legacy of Fire, PSM) pens a titillating comedic tale. A hardcore gamer replaces his broken console while it is in the repair shop. When he brings home his repaired console to meet his new console, the female-embodied video game consoles battle for supremacy. The greatest conflict for disposable income begins!