Image Comics – The Lure of the Sea

This December will see the release of an all-new Image Comics series chronicling the adventures of a new defender of the oceanic frontier -- MARINEMAN!

Superstar artist Ian Churchill (ELEPHANTMEN, Hulk, Supergirl, Uncanny X-Men) takes on the duties of both artist and writer to bring MARINEMAN to vivid life in this new creator-owned series. The first issue of MARINEMAN will be in stores December 1.

Churchill explains, "When I created MARINEMAN over thirty years ago, I always dreamt that one day I would be lucky enough to write and draw comic books professionally and get the opportunity to bring MARINEMAN to as wide an audience as possible. Thanks to Image Comics, my dream is becoming a reality! I hope everyone takes the plunge and rides the wave with me!" 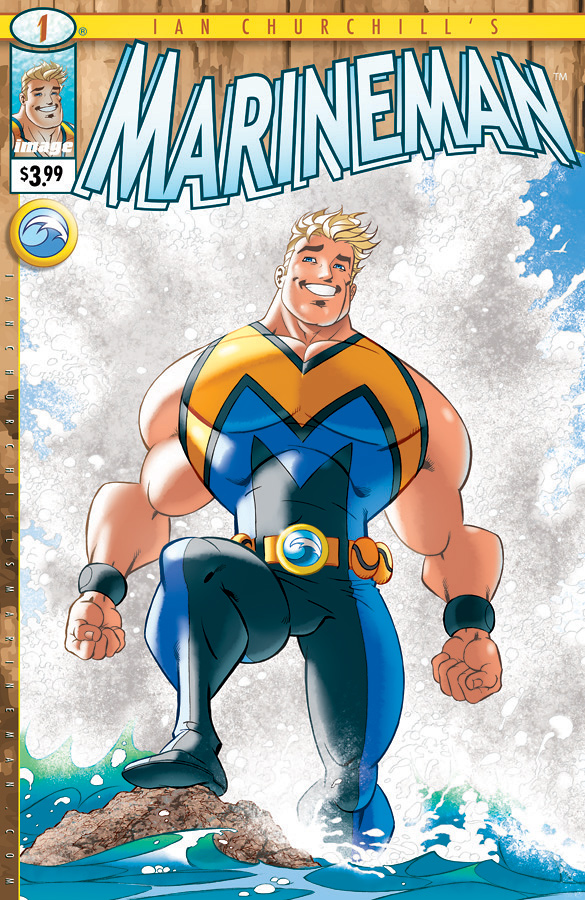 Steve "MARINEMAN" Ocean is a marine biologist and TV presenter -- a man blessed with good looks, a good job, a good circle of friends and a life many would aspire to. But Steve Ocean also has a secret -- a secret, which, if revealed, could have perilous consequences for Ocean and everyone in his life. With underwater action and adventure all the way, MARINEMAN may just turn out to be the comic book you didn't know you were missing!