By: Justin Moody | Comic News | September 3, 2010
Guarding the Globe is Robert Kirkman's version of the Avengers and the JLA all rolled into one. In fact the teams are so similar that the new mini-series is doing Avengers-esc variant covers. The problem being that the name Kaboomerang is far too ridiculous to be taken serious.

Image Comics is thrilled to announce and reveal the variant cover for the second issue of the hit miniseries GUARDING THE GLOBE!


The variant cover for GUARDING THE GLOBE #2 features the teaser image of Kaboomerang, one of the new members of the Guardians of the Globe team. It is available for order alongside the original cover using Diamond code JUL108196.

GUARDIANS OF THE GLOBE is a six-issue miniseries cowritten by Robert Kirkman (THE WALKING DEAD) and Benito Cereno (INVINCIBLE PRESENTS: ATOM EVE & REX SPLODE) and drawn by newcomer Ransom Getty. As the VILTRUMITE WAR rages on within the pages of INVINCIBLE, the ranks of the Guardians of the Globe are suddenly depleted. In GUARDIANS OF THE GLOBE #2, the Guardians recruitment drive is interrupted as a distress call comes in from Aquarus: Octoboss has taken over Atlantis! Now the recruits are thrown head first into battle -- let's hope they're ready. If only Invincible were there to help... 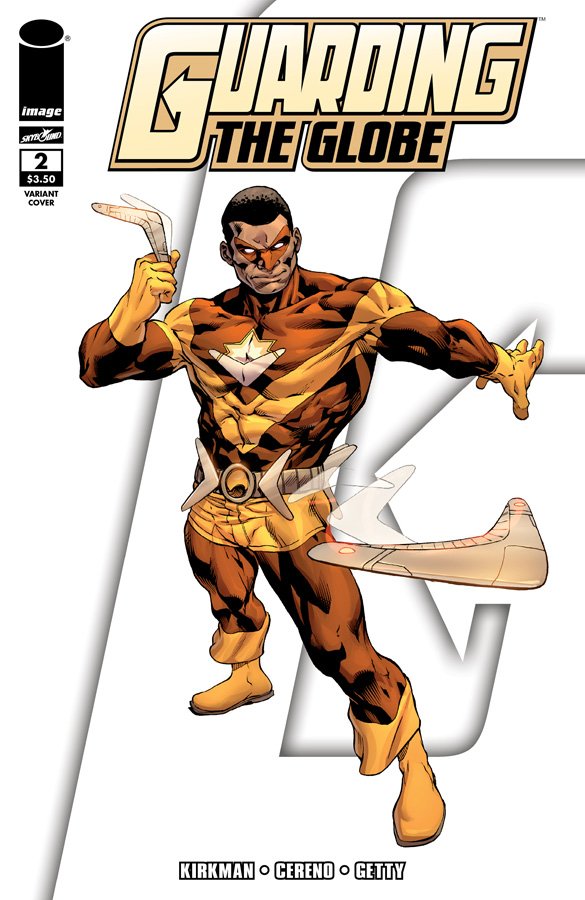