Image News – Elephantmen Back in Print

Currently out of print, the new printing of the ELEPHANTMEN VOL. 1 trade paperback has been expanded and revised to include the series' sold out zero issue, painted by LADRÖNN, as well as an all-new sketchbook section by Moritat and the ENGLISH & MEDIA STUDIES back matter from the single issues!

ELEPHANTMEN creator, Richard Starkings is overjoyed: "Revisiting our first seven issues -- EIGHT when you count the origin issue illustrated by Ladrönn -- made me proud. We've come so far, but so much of what we set out to do four years ago is perfectly encapsulated in this first volume. In addition to the new trade dress, which now matches the sleek and sexy graphics of volumes 2 and 3, we've added over 80 pages of back matter from the original, increasingly hard-to-find back issues, and my fellow countryman, BBC radio and TV personality and TURF co-creator Jonathan Ross has kindly provided a whole new introduction for us, so just about everything in this first collection feels new again."

"There really isn't another book like ELEPHANTMEN on the market, and that's something I'm exceptionally proud of," added Image Comics Publisher Eric Stephenson. "Richard has assembled a crack team of creative talent to produce one of the most unique comic book reading experiences available, and this collection is the perfect introduction to this rich and endlessly fascinating world." 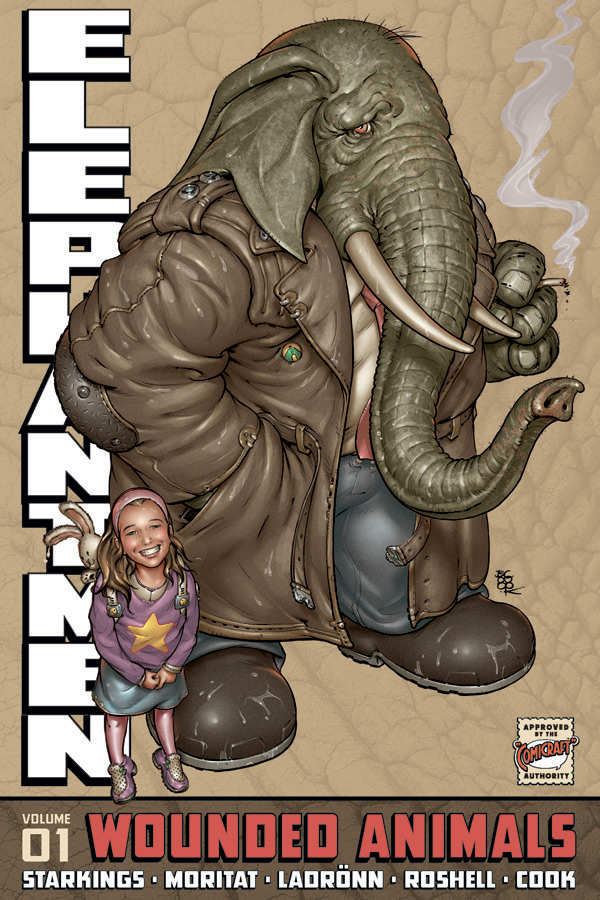 This is a great series if you've never read it, pick it up!