In August, Catch Up On Some Damn Dirty Apes

The first arc of Boom!'s Planet of the Apes may not be done yet, but they are ready to promote this summer's Rise of the Planet of the Apes with their trade paperback of the first story arc. You might be thinking, "What the hell you're only halfway through the story arc, why are you talking about the trade?" The thing is Planet of the Apes has been more popular than Boom! ever expected, so if you haven't been reading it already you're probably not going to be able to find the first two issues. Your next best bet is the trade. The deal is sweetened by the low introductory cover price of 9.99 and shipping in the same month is the fifth issue for a dollar. That's right; all of you that missed out on this series and thought it was going to be a cheap cash-in can pick up the first five issues for $11.00 dollars. That's a great value, unless you don't understand comic pricing in which case you'll have to take my word for it.


Here's what Boom had to say: 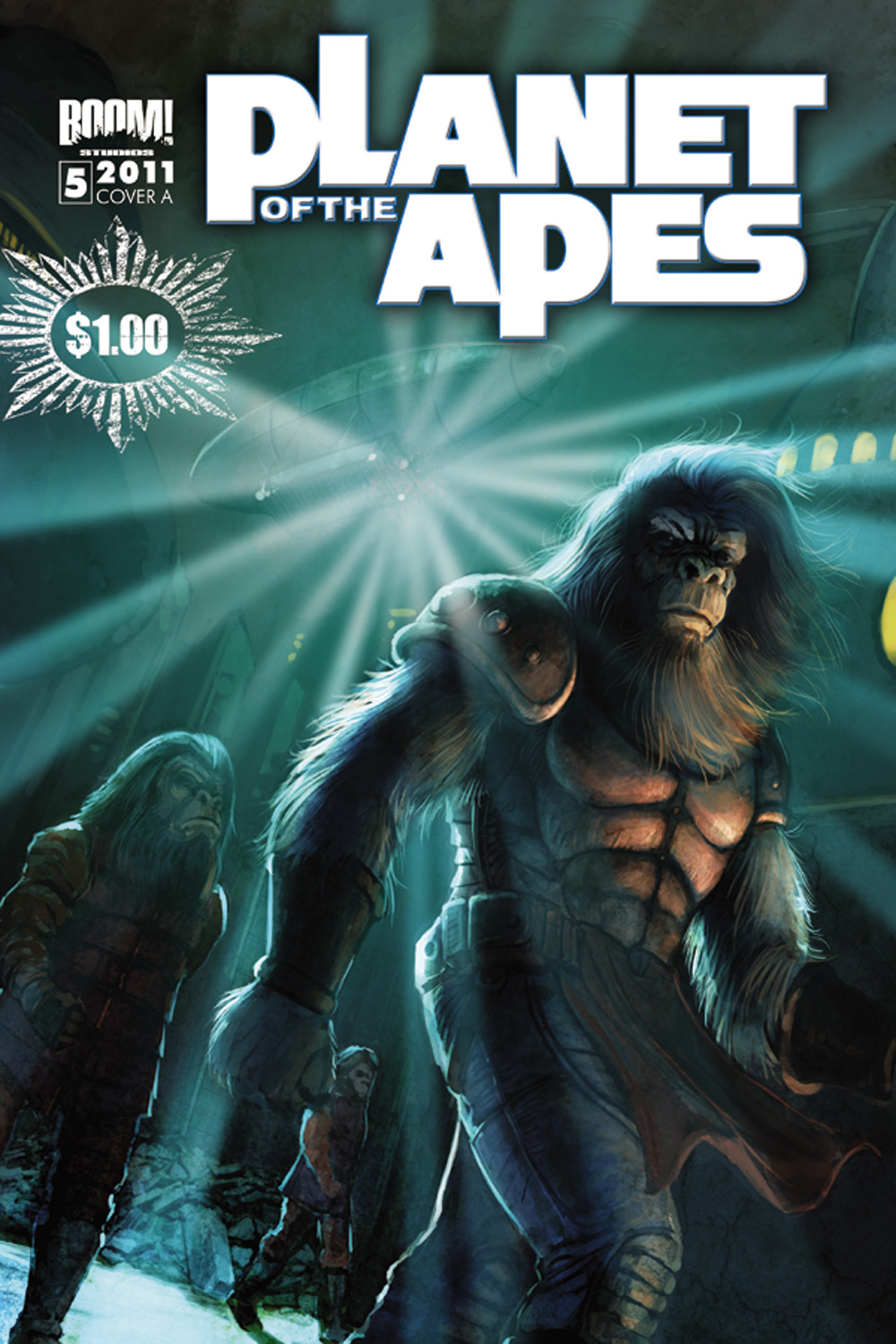 But wait! They also told us what the industry was saying!

“Ape’s never looked so good…just stunning. I was really surprised of the dedication to it, and the re-building of a franchise.”
— Major Spoilers

“It’s a wonderful world, not just worthy of the PLANET OF THE APES name, but better than it.” — Robot 6

“…a compelling drama about a brewing civil war and a clash between classes.” — Eye on Comics

“...you will be very pleased with the high quality that BOOM! has put into this licensed series. They’ve handled it with a lot of respect and it doesn’t come across as cashing in on the name.”
— Player Affinity

“…a fantastic primer for what could be the next epic comic you can’t put down. It’s a good start, and there’s nowhere to go but up.” — Cool O Rama