In the Wake of the Outage

PSN is back, and we're happy. We were even happy to hear Sony apologize to it's partners, and especially to us gamers. However, Sony still faces significant hurdles. Ones that could mean very big problems for them, and that really question their apology to its users and affiliates.

Back near the end of the outage a class action lawsuit was filed against Sony for the security breach of their users information. While no evidence of leaked credit cards has appeared lawyers have found evidence that Sony might have had an idea that attacks were coming, and could have prevented them. According to a confidential witness. two weeks prior to the attack Sony had fired a large amount of employees. A significant number of these were those responsible for network security. Even more shocking is that it was revealed that not long before the attacks Sony had put a lot of money into securing their proprietary development server, while they declined to match this spending with the server containing user information. This all done in the face of minor breaches Sony was dealing with before the full on attack on the network. Whether this witness is credible is the question. With a new case being brought up against them Sony is in for some trouble. With two lawsuits against them their only hope is to prey that no one's credit card information was compromised. As of this moment there have been no reports of this, but Sony is still in a lot of hot water. 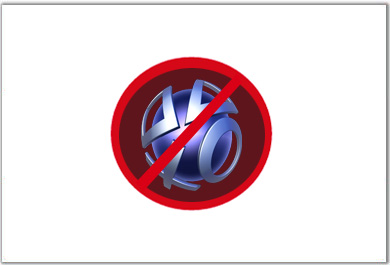 Now while most of us are not too concerned with the past, other than it repeating, we know the worse is over. However, one nation still feels this issue. Sony's own home country of Japan. The country has had to sit and watch while most of the world got PSN returned to them. There are still no word of when Japan will be reconnected to the network. It seems Jack Treton wasn't Speaking to the Japanese during his apology at E3.