By: Tom | PS4 Reviews | March 26, 2014
Infamous: Second Son is Sony’s first post-launch exclusive, but being so close to the launch of the hardware, the game still feels undercooked in aspects despite its gorgeous visual style and largely fun gameplay.
You play the game as young radical Deslin Rowe, who has a penchant for annoying the police, who happen to be led by his brother Reggie. Deslin is living in a post Infamous 2 world, where there are lots of conduits, and they are labeled as bioterrorists. Deslin discovers that he, too, is a conduit, and the game blasts off from there.
Deslin begins the game with the power of smoke and earns more throughout the game. They are visually exciting and stunning, but the powers themselves are hit or miss. The smoke abilities are boring and are simply a reskin of Cole’s lightning powers from the other games, but the neon abilities come next, and that’s where the game starts to shine with more precision shots and much faster travel. 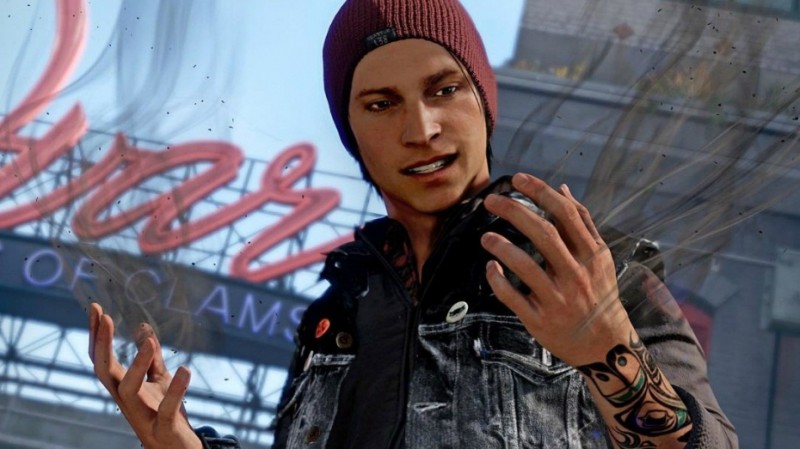 The combat is largely a combination of shooting enemies like any other third person shooter, and running away to heal up, but in practice it feels fresh. There is a mobility to the combat that few games can match that keep it engaging and fresh for the entirety of the game.
Collectable shards can be found to augment powers in a RPG-like progression system. I enjoyed finding and collecting the shards, not only because it is mostly fun to traverse the world, but the shards have a meaningful impact on the gameplay aside from a 100% completion rate.
The narrative is fun, but don’t expect a nuanced approach to dealing with the heavy themes of government oppression. The presentation, however, is where the story shines. There are a few voiced comic style cutscenes that look amazing that reminded me of the first game, but taken to the next level. The narrative arc is pretty clearly set out at the beginning of the game, and its fun to watch play out, but its not terribly engaging, and it takes a couple hours to really get going. 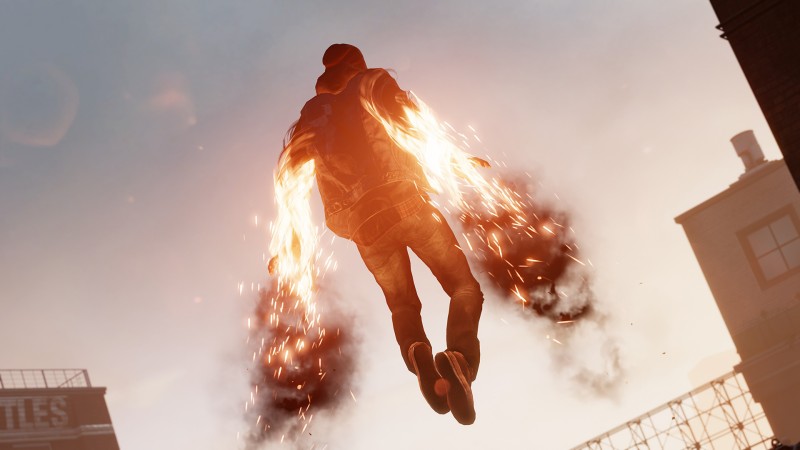 Characters have never been a highlight of the Infamous series, but Sucker Punch went back to the drawing board to make some uniquely interesting characters this time around. Main character Deslin and his brother Reggie are the two biggest, and most fleshed out, but there are a huge range of fascinating characters to meet. Super villains are just as important as super heroes in a story like this, and the villains are dark and scary in all the right ways.
Moral choices make a return to the series, and just like Second Son’s predecessors, the choices are easily laid out in extremely binary fashion. Choices that are so simple don’t add anything to the experience in terms of narrative complexity, but at least there are some dialogue changes between good and bad Deslin.
Infamous: Second Son is truly “next-gen.” The characters are motion captured to perfection, and all the textures are beautifully detailed. Looks aside, frame rate is what makes or breaks a game, and the frame rate is a solid 30 fps for the vast majority of the experience. 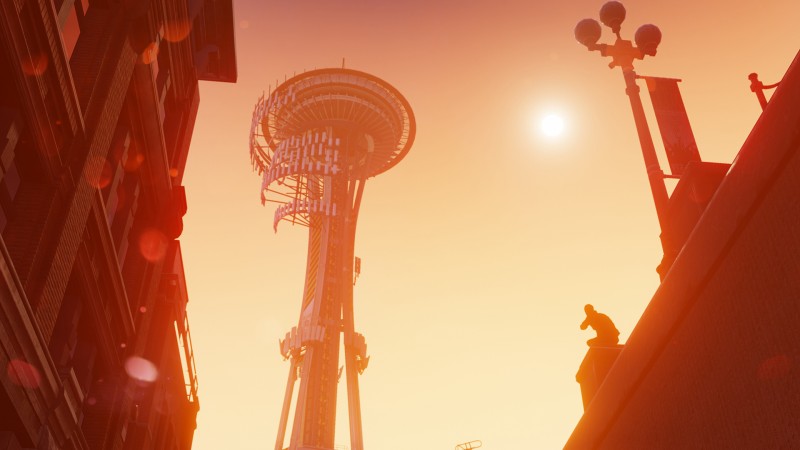 Sucker Punch has made what might be the most beautiful open world, but unfortunately its boring and lifeless. The city is Seattle, which is the first time an Infamous city is set in the “real” world, and instead of being a feature, it is a problem. A real city has to feel full of life, but the Seattle of Second Son doesn't, and it breaks immersion to travel around such a quiet environment.
There are a lot of side activities to participate in, but every one of them gets repetitive quickly. They devolve into simply spending your time to conquer the various districts of Seattle, not encouraging you to conquer the districts through exciting gameplay. Luckily, you don’t have to stray far from the critical path to complete them, and they don’t last very long either.
Infamous: Second Son is decidedly “next gen” but outside of being one the most technically detailed games ever made there isn't much special here. A lot of the powers are rehashes from the first two games, and while the story isn't bad, it’s not a reason to play through the game. The gameplay, however, is slick and fun. If you’re looking for a good reason to dust off your Playstation 4, Infamous: Second Son is an excellent choice, but it is not the masterful system exclusive Sony needs right now.
Rating
8.0
Pros