"Taking on Dante's Inferno can be hell - for the audience "
By: Russ Matthews | Movie Reviews | October 12, 2016
Since the introduction of The Da Vinci Code in 2003, Dan Brown's books have become a phenomenon that has seen world-wide acclaim and extreme scrutiny. The action/mystery novels have sold millions of copies, penned numerous theological debates and Robert Langdon has become the most recognized fictional symbologist in the world. With this success, it would make sense that film adaptations would follow and in the process it has attracted top-shelf talent. The team of Academy Award winners Ron Howard (A Beautiful Mind) and Tom Hanks took on the challenge of bringing Professor Langdon to the big screen. With a built in audience from the novels and the talent to back this franchise, Brown's series should provide a secret code for success, but this algorithm has not always delivered. The films have met with mediocre acclaim and marginal box office results. With the release of Inferno, the final instalment of the cinematic franchise, will the tide for crucial acclaim turn for this art based storyline? It does not seem to have a snowball's chance in hell. 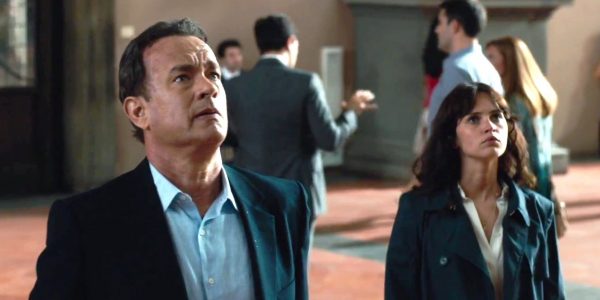 This final chapter in the saga of Robert Langdon (Hanks) begins with the scholar in a hospital bed in Italy with a bullet wound and no short-term memory. He can remember everything except the previous week and how he ended up on the European continent. Dr Sienna Brooks (Felicity Jones) is his attending doctor and attempts to help the world-renowned symbologist unravel the mystery of his memory loss and find out who the people are that are behind the threats on his life. Through a series of action packed and twisted events, Langdon must partner with Brooks to find the answers to his recent past, even though he is unable to understand what has happened to him or where the answers may lead them. Working a few steps ahead of the World Health Organisation and a secret society funded by the billionaire, Bertrand Zobrist (Ben Foster), the duo travel throughout many of the world's most renowned museums to find the clues to this puzzle. Specifically, these new partners in symbolic enigmas must work through the signs found in Dante's Inferno and other historical artwork with the intent to save the world. Langdon's memory must return in time to thwart the sinister plan to release a plague that will threaten half of the population of the world. 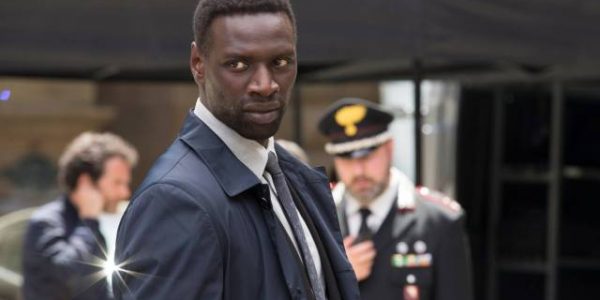 In an attempt to make Professor Langford into the thinking man's action hero, Ron Howard has done the best with what he was given. He has been afforded exceptionally talented people behind and in front of the camera, but even with all of this to work with, Dan Brown's story fails this celebrated director. Inferno is convoluted mayhem that would be laughable and farcical, if it's premise were not built on the potential for a world-wide plague and that the solutions need to be found in a depiction of hell. This genre of film does not always bode well for logic, but the suspension of disbelief is stretched beyond reasonable expectations. From the opening amnesiac premise to the belief that Hanks could fit into a suit formerly worn by Ben Foster to the seemingly overwhelming power of the WHO, this story was going to present a challenge for any film maker to make it accessible for audiences.  The landscapes and landmarks do provide beautiful backgrounds for this tale of world annihilation. Howard continues to  show his ability to find the ideal locations for the action to occur, but even the scenic locations cannot make up for the weak story that is playing out in the foreground. The substandard scripting, the poor use of the acting talent becomes exasperating after awhile and it goes from bad to worse as the film progresses. It even comes through in the performances of the lead players who all look as tired and frustrated with script as the audience. The best thing that can be said about Inferno is that it is the end to the franchise.
Rating
3.0
Pros