Indie games these days come in all shapes and sizes. Infested Planet is a new one that looks to combine squad-based strategy gameplay with a very cool, dynamic AI. The game sets you as the commander of a crack military team who must clear out a terrifying alien infestation.  Sure the story isn’t exactly the most original, but Infested Planet isn’t trying to tell a science fiction epic, it's trying to give gamers a fun strategy experience with some unique twists.  We got to play around with the beta to see exactly how close they come to their goal.

While strategy games like Total War are pushing graphics technology to its limit with thousands of units on screen at once, Infested Planet has you controlling a squad of five marines and pits you against hundreds of thousands of alien foes. The 2D art style isn’t jaw dropingly great, but it works.  It's hard to argue with the amount of enemies the game has on screen. 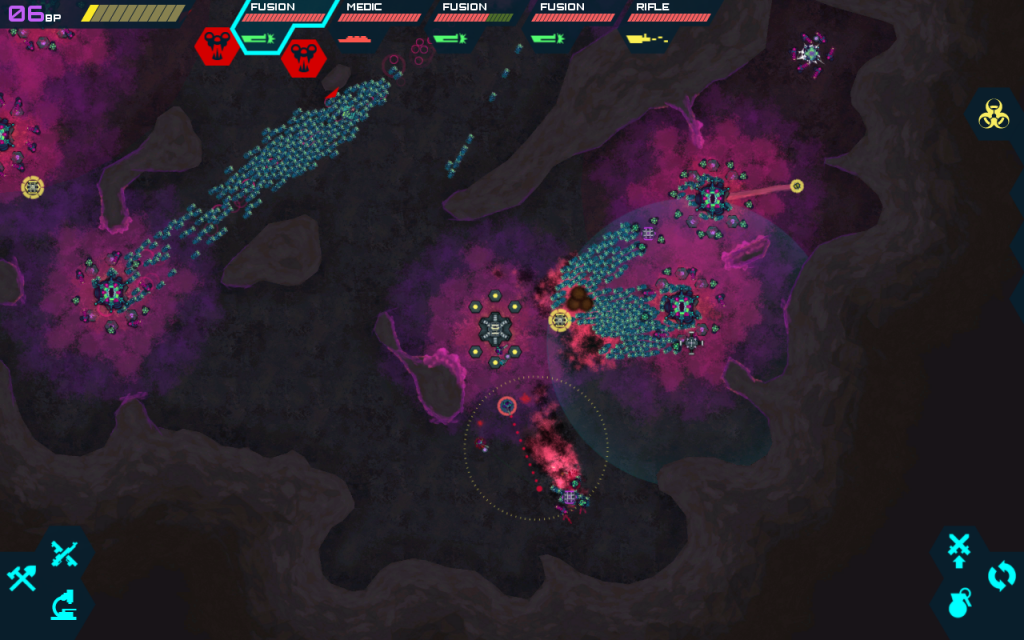 As with most RTS games, you control your marines by left clicking to select and right clicking to move or attack. You equip each of your marines with a variety of weapons including shotguns, machine guns and flamethrowers. You also have access to a variety of perks and are able to build up structures on the battlefield such as turrets and tanks. The amount of options you get allows you to really customize your forces to suit your playstyle. This customization works really well and props to the developer, Rocket Bear Games, for making it easy to customize your units with the game's great interface.

In each level, your squad of marines must capture all the control points on the map. In order to do this you must clear out the alien hives on each control point. The tricky part is that as you capture points, the aliens will adapt to your playstyle. This mechanic works really well and keeps the game fresh. For example, in one level I primarily used shotguns, and as a result the aliens' hive defenses adapted by gaining a knock-back effect that prevented me from getting close enough to damage the hive. In order to beat this adaption I had to give several of my soldiers sniper rifles which they would use to take out the hive defenses from afar. 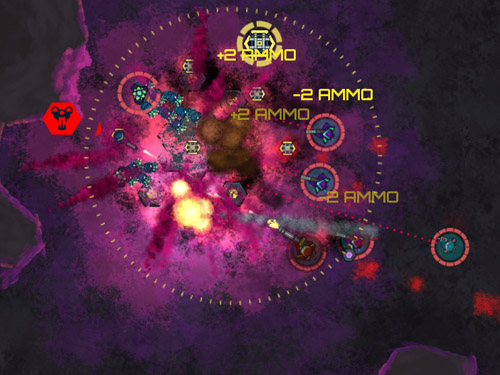 Each level is a balancing act, as you sometimes have to run back and forth in order to defend capture points as well as push forward to take out the remaining hives and it all works very well, thanks to the game's very responsive controls and good AI on the part of your marines. The game was fun, but I did notice the lack of a soundtrack in the beta version of the game, which made some levels a bit of a grind.

If you're a fan of strategy games or games that involve the mass slaughter of alien hordes, then Infested Planet is definitely one to watch.  The game is currently in beta and if you preorder you can play the beta.