"A strange trip back to the end of the hippie era in California"
By: Cristian Barros | Movie Reviews | February 7, 2015
Writer/director Paul Thomas Anderson has carved out an impressive resume of films since the mid-'90's. He brings an artistic sensibility to every movie he creates. From his debut Hard Eight (1997) all the way to his last original work The Master (2012), Anderson has provided unique portraits of people on the verge in society. With his latest film, Inherent Vice, Anderson re-teams with his The Master star Joaquin Phoenix, for an adaptation of Thomas Pynchon's drug-infused novel. What results is Anderson's strangest and most confounding movie to-date. 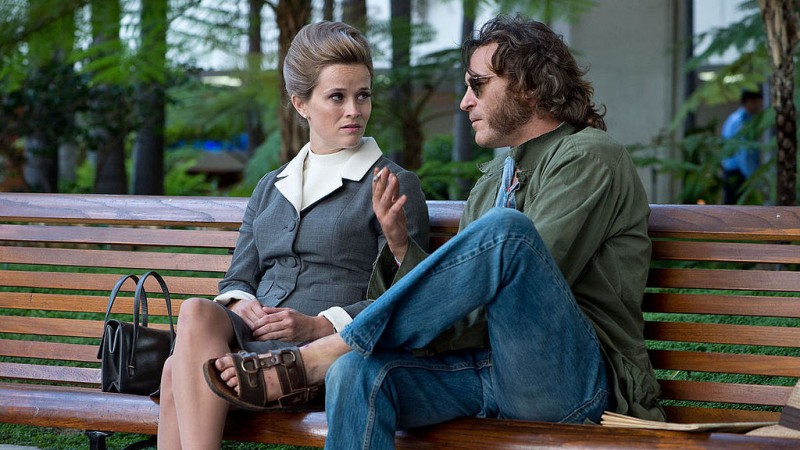 During the psychedelic end of the '60's and the beginning of the '70's, Larry "Doc" Sportello (Phoenix) is surprised by his former girlfriend Shasta Fay Hepworth  (Katherine Waterston) and her plot for her billionaire boyfriend Mickey Wolfmann (Eric Roberts), his wife, and her boyfriend. A plan for kidnapping gets shaken up by the oddball characters, which include his antagonist Christian “Bigfoot” Bjornsen (Brolin), a detective who’s got it out for him, musician Coy Harlingen (Owen Wilson), Coy’s wife Hope (Jena Malone), a bizarre doctor (Martin Short) with a taste for good times, and Doc’s current flame Penny (Reese Witherspoon), an assistant District Attorney. The rest of the strange cast of characters include some big name cameos from the likes of Benicio Del Toro, Maya Rudolph, Michael K. Williams, and more. They all get entangled within the plot, which becomes convoluted to a crazy degree. 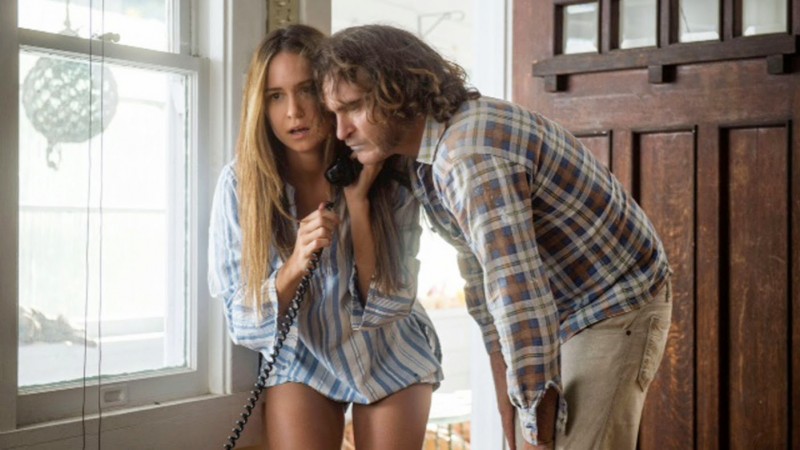 Calling Inherent Vice Anderson's oddest film is saying a lot, since he is a filmmaker who thrives in capturing the awkwardness of life. Anderson does an effective job of bringing the time period of 1970's California to life, thanks to visually rich and striking cinematography by the talented Robert Elswit (Magnolia). He also captures the vibe of the era with a terrific soundtrack and a memorable score by Johnny Greenwood (There Will Be Blood). Anderson's writing (which is Oscar-nominated) is rhythmic with the loose feel of the setting and orchestrates scenes where the audience feels like a voyeur into a private conversation. He does falter with the pacing and plotting of the movie though. Some of that can be attributed to Pynchon's novel, which is said to be difficult to adapt to a movie narrative structure. The plot gets more confusing as it moves along, which is probably the point, since the story gets caught up in drug-infused shenanigans, but it does become frustrating for the audience to decipher. However, Anderson does create wonderfully funny and quirky sequences, along with some melancholy moments, which captures the ending of the counterculture hippie movement of the 1960's. 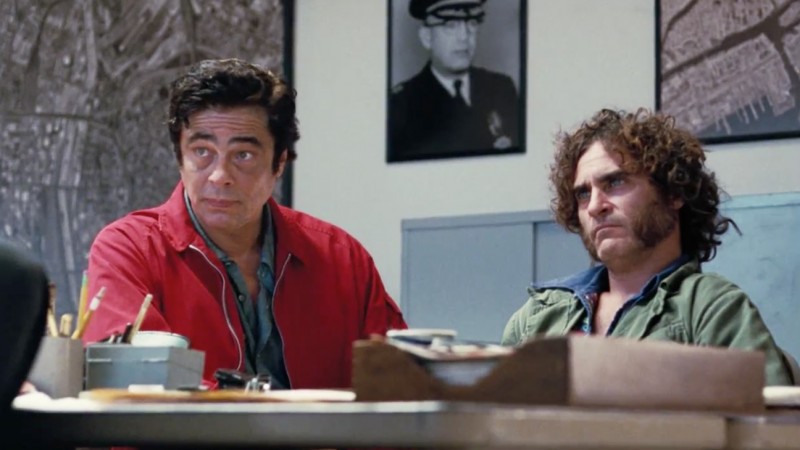 It is in the performances where the movie shines brightest. Phoenix delivers one of his funniest and quirkiest performances, creating Doc as a relic of the drug-addled '60's, while struggling to embrace the new era of authoritative power of 1970. He brings humor and heart to Doc. Some of the best scenes of the movie are between him and Brolin, who nearly steals the show as Bigfoot. Brolin's deadpan delivery is hilarious and a perfect foil for Doc's easy-going energy. Bigfoot is a contradiction of combustible anger and vulnerability, which Brolin wonderfully captures. He brings an unpredictable vibe to the movie, which makes his scenes pop the most. Another standout is Katherine Waterston, who is memorable as Shasta, the one that got away for Doc. She beautifully illuminates the character's toughness and sadness. Waterston has star quality and I look forward to her work in the future. The rest of the cast does a solid job in conveying the perplexing confusion of the surrounding events in the story. 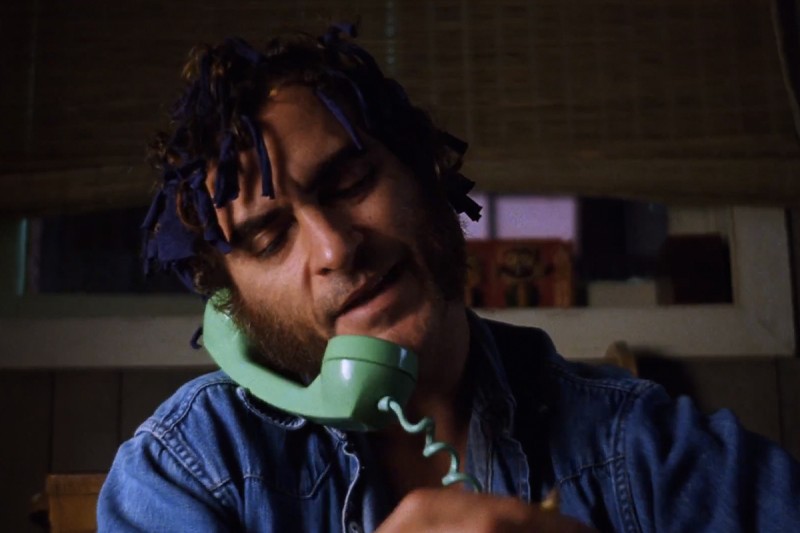 Despite the fact that this is a lesser Paul Thomas Anderson movie than we are used to getting, it is still a much more interesting affair than the typical movie released in the year. This is not something that is accessible to the typical moviegoer, but if you are a fan of artistic filmmaking, you will find things to chew on, like the rich dialogue and the strong performances by the ensemble. I found myself enjoying the movie in parts and feeling frustrated in other moments. This is a case where the parts are definitely greater than the whole, but this is a ride worth taking to travel back and experience a psychedelic time of society trying to shift gears.