"Pixar hits it out of the park with one of their best efforts in years"
By: Cristian Barros | Movie Reviews | June 24, 2015
Have you ever wondered what goes on inside the mind of a child going through some growing pains? Well, Pixar has created a movie that explores the complex terrain of getting older with its striking 15th animated feature Inside Out. This concept has been explored before, TV's Herman's Head, but never in such a sophisticated and touching manner. This may be the studio's finest movie since Toy Story 3 and ranks among the top 5 ever, if anything, just for the sheer creative energy running through the entire picture. 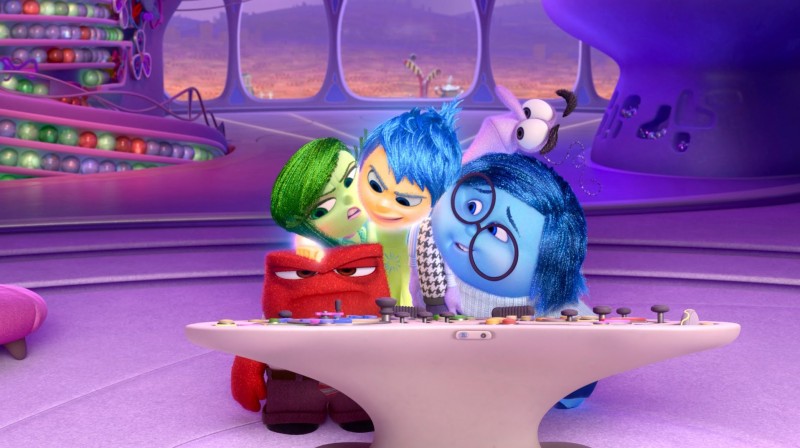 The movie centers on Riley (Kaitlyn Dias), a happy, hockey-loving 11-year-old Midwestern girl. Her world turns upside-down when she and her parents move to San Francisco. Riley's emotions, led by Joy (voiced by a spunky Amy Poehler), try to guide her through this difficult, life-changing event. However, the stress of the move brings Sadness (Phyllis Smith) to the forefront. When Joy and Sadness are inadvertently swept into the far reaches of Riley's mind, the only emotions left in Headquarters are Anger (Lewis Black), Fear (Bill Hader) and Disgust (Mindy Kaling). It's up to Joy and Sadness to guide Riley's ever-changing moods to reach peace within herself. 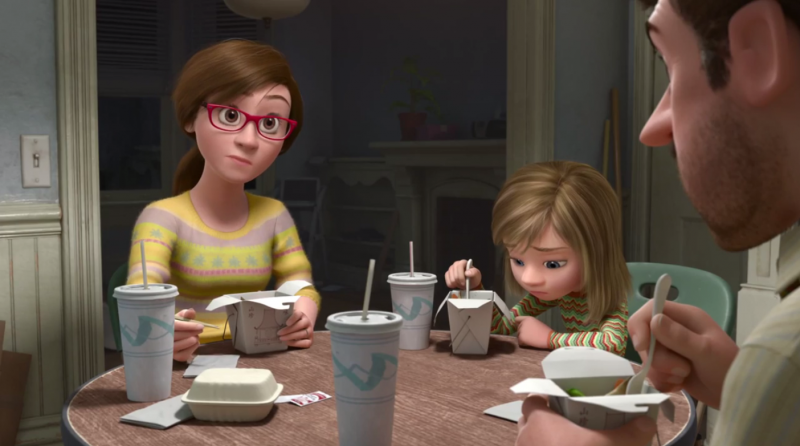 Directors Pete Docter (Up) and Ronaldo Del Carmen do a spectacular job of bringing the complicated emotions of a young girl to visually dazzling life. The animation is gorgeous and inventive, sweeping the audience to a new, yet familiar world. They stage some exciting and imaginative set pieces as Joy and Sadness navigate their way through the crumbling lands of childhood into the new territory of pre-pubescence. A scene involving catching a moving cloud is a tremendous and hilarious treat. There is no way I will spoil more of the fun, but Doctor and his team keep springing surprises that will sneak up on you. Doctor's script, which was co-written with Meg LeFauve and Josh Cooley, is a thing of beauty and deserves highest praise for bringing artful grace to the messy awkwardness of growing up. They inject humor and heartbreak into every inch of this movie, without sacrificing smarts and allow the story to resonate as strongly for adults as for children. They understand that including sad emotions is an important element to the storytelling because it is a part of everyone's experience in life. That's not to say that the movie is not also hilarious with clever and witty zingers laid throughout. The musical score by Michael Giacchino brings a touching delicacy, which allows the emotions to connect effectively. 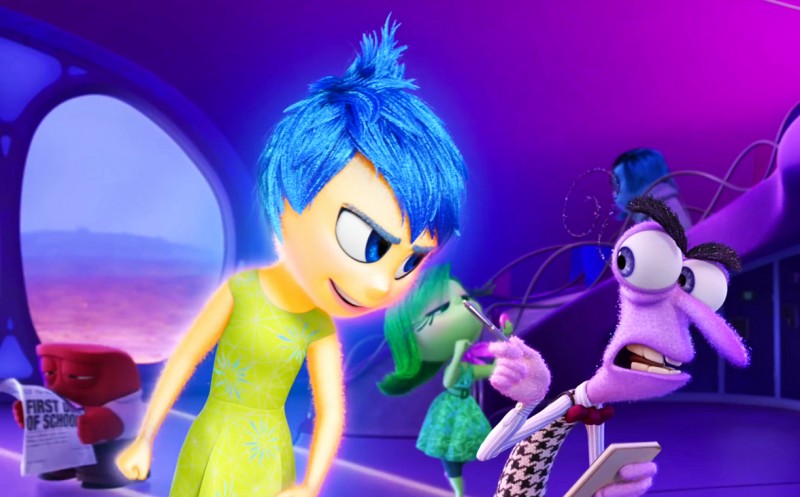 The voice work by the cast is top-notch and perfectly illustrate the many emotions that make up the mind of Riley. These are characters that Doctor and his team have richly brought to life, aided by a spot-on ensemble. Amy Poheler does a wonderful and memorable job as Joy. She brings the necessary pep for the role, but  allows Joy the capacity and understanding of getting Riley on the necessary path towards happiness. Phyllis Smith does hilarious and poignant work as Sadness. The remaining emotions of Fear, Disgust, and Anger are vividly portrayed by the talented funny performers of Bill Hader, Mindy Kaling, and Lewis Black. Each inject their personal imprint of the many facets of emotions we all go through on a daily basis. There is a surprise character, touchingly voiced by Richard Kind, that will take you by surprise.

With Inside Out, Pixar and Doctor, leading the way, have created one of the best movies the studio has ever produced and made a masterwork of imagination and touching dexterity. Getting lost in someone's head has never been this much fun and exciting. The movie sets the bar high, once again, for all other animated features to come. The sophisticated storytelling and stunning animation will be tough to beat. By going inside the mind of a young girl, the studio has produced one of the most universally resonate movies about childhood and the tricky proposition of getting older in an uncertain world. One of the best movies of the year!