"Awe-inspiring in the Purest Sense"
By: Steven Armstrong | Movie Reviews | November 9, 2014
The film's tagline is as follows: Go further. If you've seen one of the posters for this movie, you are well aware of this fact. Christopher Nolan's latest offering does just that. It dares to go further than any other sci-fi epic in the last few years in terms of its lofty ideas and universal themes and it does so in a way that is not only worthy of appreciation, but also in a way that is treated with a certain degree of seriousness akin to a more or less real life interpretation of interstellar and interplanetary travel. Think more Gravity and less Star Wars. In the larger picture, Interstellar, like Gravity, is a film about survival. The scale of that survival however, is much grander here as the survival of all mankind is at risk. Earth is in a pickle, no doubt about it. Its resources, mainly food, are nearly depleted. Intense dust storms have become a way of life, popping up every so often. The government is all but a memory of a once great and powerful civilization and the world no longer needs thinkers or police officers or lawyers. The world now needs farmers in order to sustain the last traces of human life on what seems now to be a dying planet. Adapt or die are the only two options left. In the midst of such bleakness though, there is hope in the form of Cooper (Matthew McConaughey), a former NASA astronaut/engineer turned farmer who, along with a team of some of the greatest minds left on Earth, have been charged with the task of taking to the stars and far beyond, in a last ditch effort to save mankind. 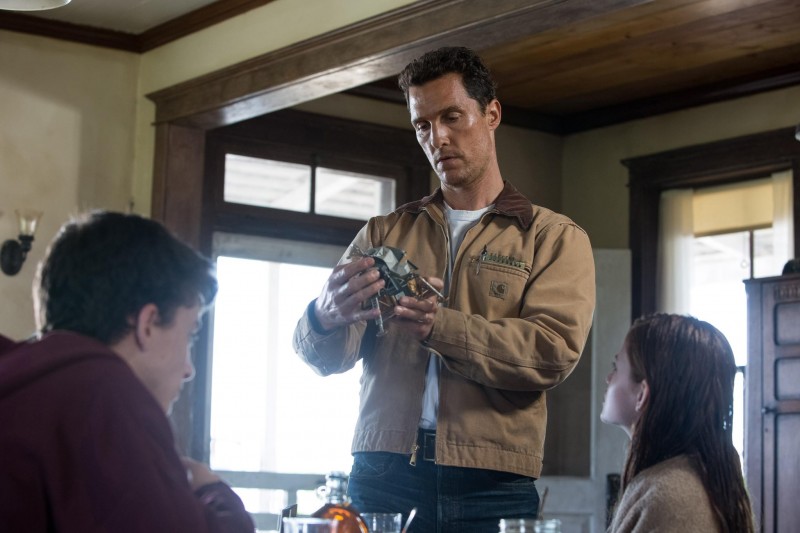 Among all the wormholes, crazy space stations, foreign planets and black holes, there is a smaller, more intimate picture to be found within the larger scheme. It is one that looks at Interstellar as a film about love, a theme which is large in its universality among us humans and boundless in its limits, much like space. The heart of this movie is the father/daughter love story and it is a relationship that is developed very well. It is what holds all the scientific expository stuff together and keeps things feeling grounded. You never need to be reminded of why Cooper moves the way he does. It certainly helps to have strong actors like Matthew McConaughey and Mackenzie Foy anchoring the father/daughter roles. Call it tremendous foresight on Christopher Nolan's part to cast Academy Award winner Matthew McConaughey in the lead role. Mind you, this was before he won the Oscar. In many ways, Cooper's journey and the story of this film is analogous to the career of McConaughey, who is now still riding the waves of what has been dubbed "The McConnaissance". If The Dallas Buyers Club was the top of the world for him, then Interstellar is far beyond that. After his fairly solid start with films like Dazed and Confused, Amistad and U-571, there came a time when McConaughey was known simply as the rom-com guy who ran shirtless on the beach and flashed easy going smiles at his female co-stars. All of that was just a phase though, as he was destined for greater things. Films like Mud, Magic Mike and of course, The Dallas Buyers Club have made that clear. He has successfully transcended the rom-com hunk image and has become an actor to be taken much more seriously. He is at the top of his game right now and it is apparent here.

Jessica Chastain and Anne Hathaway also turn in very strong performances as adult Murphy and Amelia Brand respectively. Chastain, who brings great weight and truth to her scenes, is particularly stellar. This role may yet garner her another Academy Award nomination. The sound design and visuals in this movie are of course as good as anything out there right now if not better. The set-pieces are huge and well structured. The cinematography is near-perfect. You can feel the difference between longtime Nolan collaborator Wally Pfister and newcomer Hoyte van Hoytema however, you do not really miss Pfister. van Hoytema fits in quite nicely and brings his A game, capturing the scale and the starkness of some of the locations beautifully and in a way that feels like something new. The music is also a grand affair. Hans Zimmer has successfully discovered a way to again transform himself as a composer, presenting us with a new kind of sound that is well-matched with the material. That said, the score was at times a bit too loud, which took away from moments of the film. This is probably more of a sound editing issue, but it was there nonetheless. 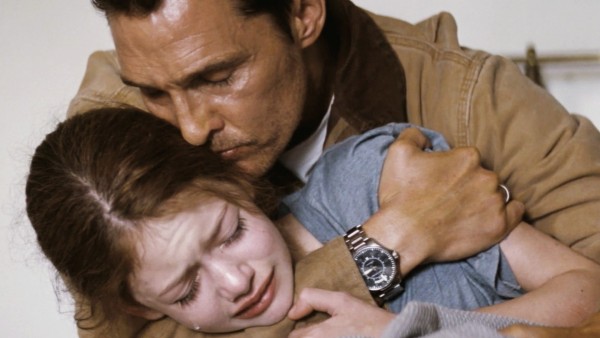 This is probably Nolan's most mind-blowing film in his entire filmography. Right up there with Momento and Inception. In fact, in some ways, Interstellar feels very much like a natural progression after Inception. How much further could Christopher Nolan go as a filmmaker at this point? It's hard to say. Producing might be an area where he should spend most of his time because he could very well stop making films at this point or go back to making smaller films. After all, it would be hard to see anything else he does topping this film in terms of ambitiousness and scope. Then again, this is Christopher Nolan we're talking about. He might just come back again with something that we aren't yet ready for; something that we have to catch up to. Watch this movie once, then maybe watch it again in case you need to catch up to it.
Rating
9.9
Pros