Inversion is a third person gravity manipulation game that was announced way back in October of 2009. For around a year after that, there seemed to be almost a complete media blackout on Inversion. We’ll dive further into the recent developments of Inversion in a bit but as of now, let’s talk about what the original announcement press release set up for this gravity shaking (get it?) game.

Inversion is developed by Saber Interactive and Published by Namco Bandai. If you don’t know Saber, they made games such as Timeshift and the recent Battle: LA XBLA title. Both of these games were bashed pretty hard by critics for being too derivative of other shooters. Saber seems to have taken these complaints to heart as now they will combine the destructibility of the Havok engine (as seen in Red Faction: Guerilla) and the uniqueness of their many concepts placed within Inversion. 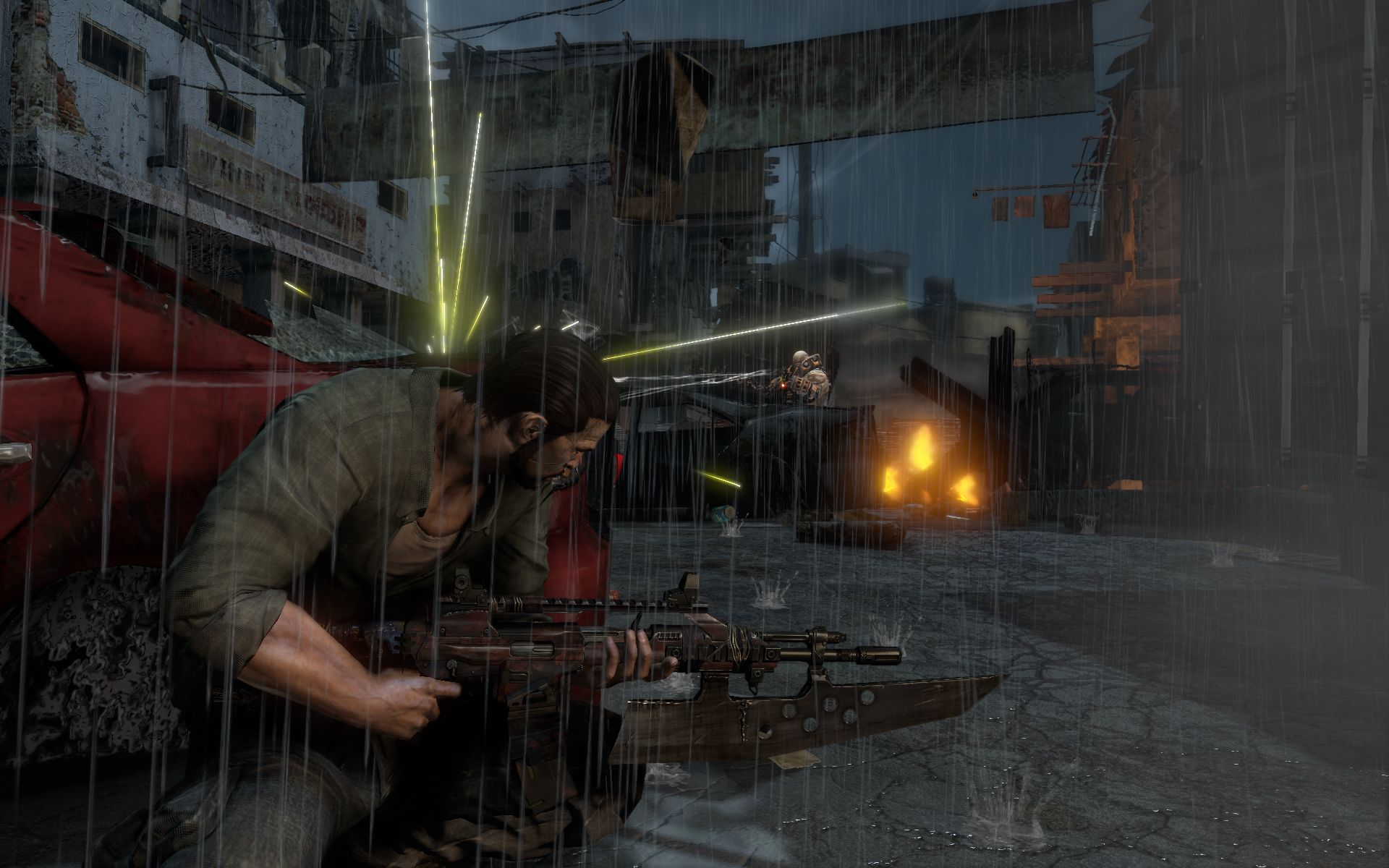 Inversion seems to be highly touting its physics system. It’ll have destructible cover, destructible environments, gravity-wielding combat (not quite sure what that means but it sounds awesome), zero gravity environments, and much more. The help of the Havok engine is obviously going to give Inversion that extra level of intensity that games that don’t feature a deep physics system never have.

What we know about the story up to this point makes it sound a bit generic but still interesting enough that I won’t immediately dismiss any news I hear about it. So far we know this: Unknown creatures are invading, they’re called “Lutadores” (I hope La Parka is their leader), and you will take on the role of either Davis Russell or his neighbor, Leo Delgado in a mission to reclaim Davis’ son. Seeing as there are two playable characters, Inversion will be a co-op shooter so both you and a friend can beautifully destroy terrain.

I personally heard absolutely nothing about Inversion after its announcement until around a few weeks ago when we finally received a teaser trailer. The trailer was obviously very “teasery” but still managed to remind us of the fact that the game’s gravity is going to be the main focus of the title. In the trailer, we hear a creature speaking a foreign language, a very worried woman, and then quickly see that BUILDINGS ARE FLOATING IN SPACE. 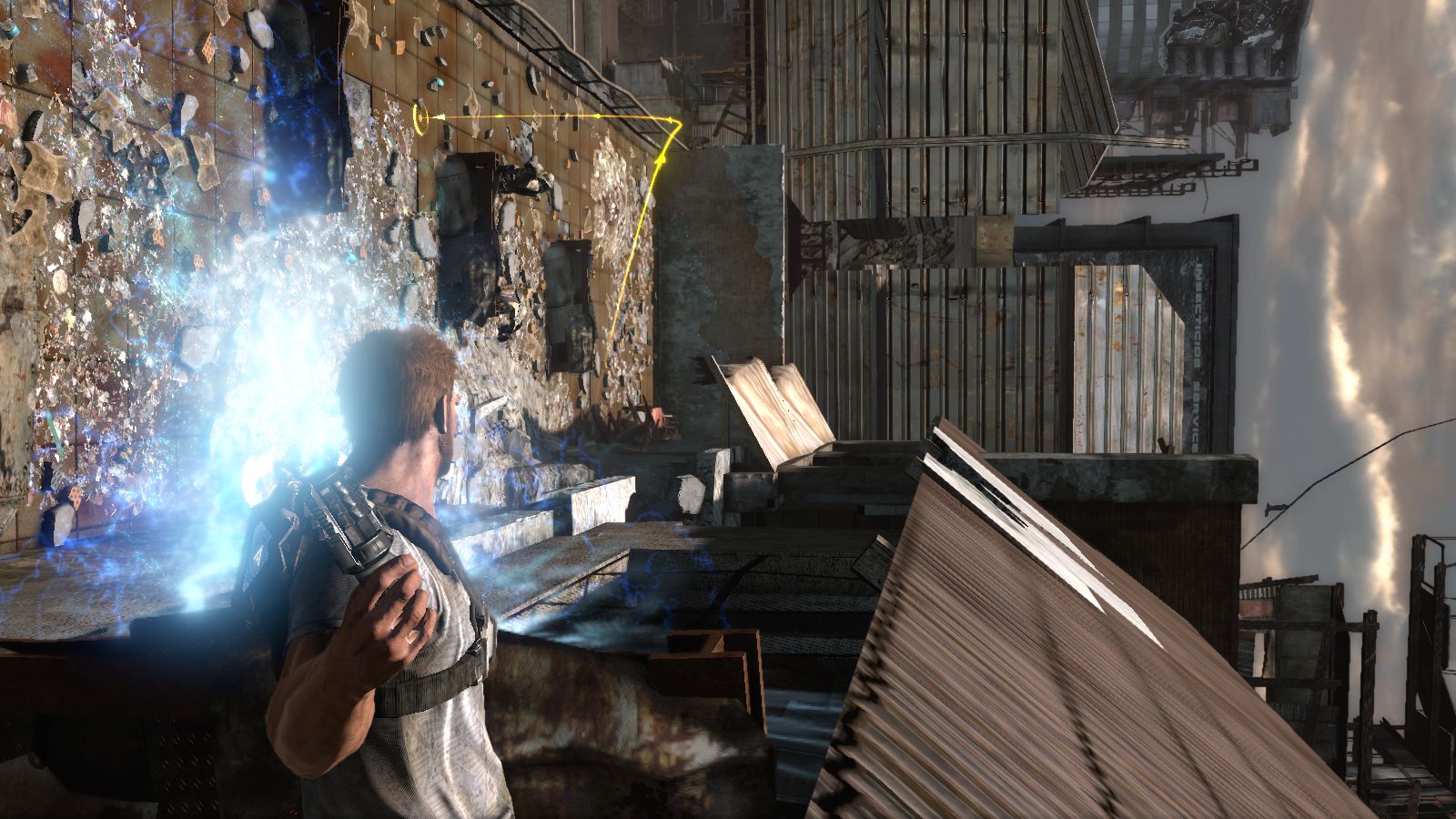 Days ago Saber and Namco released another trailer, this one being CGI and giving us a better look at the newer models of our heroes Davis Russell and Leo Delgado. In the trailer Davis seems to hint at the fact that the entire world is without gravity. Which would obviously open up a lot of questions because if there’s one thing science class taught me, it’s that we need gravity. Also in the trailer is a man that looks to be a grimy soldier who is in fact fighting on your side against the Lutadores. Did I mention they are running up the side of a building (Bulletstorm style)? Because they totally are, and it scares me a bit. Also hinted at in the trailer were some special powers as we see Davis shoot back a Lutadore with a special red wrist gauntlet and even see the grimy soldier pop into the air for a few seconds so that he can get a better shot at the Lutadores.

While it is clear from the fact that we have yet to see any gameplay from Inversion that it is quite a ways out, the concepts that Saber seem to be putting into place could be concepts of a great game. I always love when developers take on the idea of working with gravity as it adds endless possibilities as to how they can treat it. It will be very interesting to see exactly how Saber treats its gravity whenever it drops on February 7th, 2012.