Iron Man has had a lot of villains over the years. While most readers (and non-readers) think that Tony’s greatest enemy is himself, Stark and Iron Man have had numerous villains. While not as famous as Spider-Man’s Green Goblin or as legendary as the Fantastic Four’s Doctor Doom, Iron Man and Tony Stark have a small but excellent rogues gallery. This is also celebrating Invincible Iron Man #500, which is the anniversary issue and also the reason why this feature is posted!

The Top 5 Iron Man Villains that would matter to you.

Having the keys to the Iron Man/Stark armory was what made Norman Osborn the Dark Iron Man during Dark Reign. While today Tony Stark is basically broke, Norman Osborn doesn’t have the last laugh because he lost his mind! If anything at all Norman is one of Tony’s greatest enemies (including Alcohol which will always be one). Norman might be locked up, but he is never going to stay in prison forever!

Crimson Dynamo was one of Iron Man’s very first villains, appearing in the original series that Iron Man was first spawned in. Crimson Dynamo is a Russian scientist named Anton, whom created the armor to destroy and kill Iron Man. When he failed to do both missions, the Russian Government decided to kill him so Anton went to Iron Man for help. Since his early creation there have been more than 10 incarnations of the Crimson Dynamo.

While not as comedic as the Justin from Iron Man 2, this Justin Hammer is much older and eviler. A competing rival to Tony Stark in the business world – he is also the enemy of Iron Man! Justin has made many copies of Iron Man’s suits and has used them to profit and try to destroy Tony Stark and Iron Man. He has failed many times to destroy Tony’s company and also kill Iron Man, but he soon met his end in Iron Man Bad Blood #4 where he froze himself in a block of ice.

While Doctor “Victor Von” Doom is a Fantastic Four villain, Doom has many times crossed over in Iron Man comics. He has the same matching intelligence and skills as Tony Stark, but with a twist. He uses magic! While Tony is a man of science and doesn’t fully trust magic, Doctor Doom is one whom uses this to his advantage. Iron Man has fought him on many occasions including traveling back in time.

The Mandarin is one of the most iconic villains of Iron Man’s time. While being the wielder of the ten rings, Mandarin has a lot of power, skill and selfishness that rivals even the great Tony Stark. While cowering in fear of a big dragon that he couldn’t control (Fin Fang Foom), Mandarin is still one of the most evil villains in the Iron Man story lines.

Tony Stark is his own greatest enemy. Struggling with being Iron Man during the Civil War and witnessing the death of Happy Hogan brought back Tony’s old frienemy (a combo of friend and enemy). While this was most famed in the "Demon in the Bottle" story arc, will Tony ever get over himself and stop drowning in self-pity? 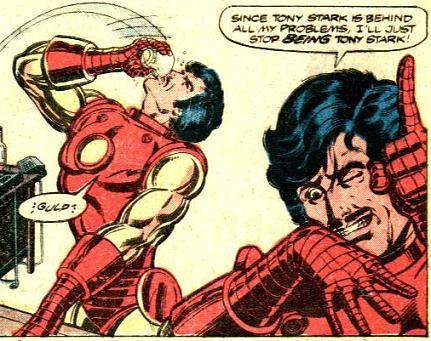 That is what I have to say to what greatest enemies Tony has come up against over the years. Celebrate the 500th issue of Invincible Iron Man as Tony fights many old enemies, but will he survive?