Is “Airbender” the reincarnation of M. Night Shyamalan?

There are some celebrities that people love to hate. This is neither new nor relegated to Hollywood. Some are athletes deemed too arrogant or unwieldy, actresses determined beautiful yet daft, politicians who rise to paramount status only to be cast down due to indiscretions, or, in the case of M. Night Shyamalan, directors dubbed a one hit mega-wonder.

Shyamalan became a household name in 1999 when The Sixth Sense surprised moviegoers with a gripping story and clever ending. The budding director had everyone seeing dead people, but the zenith of the thriller was in the reveal many were ashamed to say they missed. However that very twist, which launched the film’s box office to $293.5 million, began the unraveling of the director’s career.

Unbreakable, another thriller, paired Bruce Willis opposite Samuel L. Jackson. Neither the two big name stars, nor the success of The Sixth Sense could hold Unbreakable together amidst an assault of bad press. It also contained a surprise ending, setting Shyamalan up for criticism that his success could only be chalked up to a fruitless gimmick he utilized as a crutch. 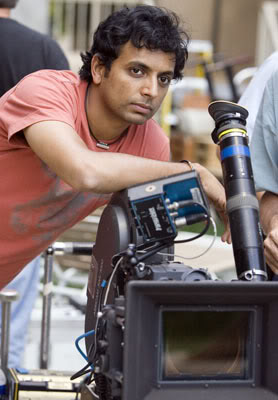 Signs faired better, tagging just under $228 million at the box office. Yet, it was at this point that critics began to question Shyamalan’s appearances in his own movies. He was declared egotistical and these sentiments echoed among industry insiders. Pride preceded his plummet, with none of his three latest efforts coming close to the critical or box office success of his earlier efforts.

At the present time, the director struggles to overcome the label of one trick pony. Both critics and movie fans alike are wary when they see his name credited, expecting yet loathing the inevitable twists. But Hollywood has not yet had the opportunity to see Shyamalan do something quite unlike him- direct an adventure based on popular children’s material.

The Last Airbender will mark Shyamalan’s first effort in the genre; his jacket contains mostly thrillers with hints of drama and horror. Moreover, "Airbender" appeals to children and families, the lifeblood of the movie theater industry. The source material was both popular on Nickelodeon and critically acclaimed, even winning an Emmy award.

The question looms: can the director finally break through the shame of a spiraling career? Hollywood loves a comeback story, but not all comebacks are created equal. Robert Downey Jr. basks in the reemergence of his once dead career since the success of Iron Man and Tropic Thunder. Mickey Rourke also ascended low expectations with a strong performance in The Wrestler, kick starting his sluggish career.

Tom Cruise has not faired so well. Since his erratic behavior was first noticed five years ago, Cruise has not been able to restore his good name or box office success. Comeback stories for directors are harder to find. Although Spike Lee and Woody Allen both have rocky relationships with press and audiences, they do, on rare occasion, experience mainstream box office success paired with critical praise.

As for Shyamalan, the pressure to provide a twist ought not to linger for viewers of his newest film. And with competition from a predominantly female-appealing film out the same weekend in The Twilight Saga: Eclipse, The Last Airbender has a chance to open strong and redeem the fallen director. Time will tell. The Last Airbender, written, directed and produced by M. Night Shyamalan, opens Thursday.