Is Emma Watson “The Girl with the Dragon Tattoo?”

Harry Potter star Emma Watson cutting off her long locks in favor of a shorter do could be more than just a fashion statement, as it might actually be a career move. U.K. magazine The Sun is reporting that Watson will be screen-testing for the much-coveted role of Lisbeth Salander in David Fincher’s upcoming film adaptation of Stieg Larsson’s The Girl with the Dragon Tattoo. 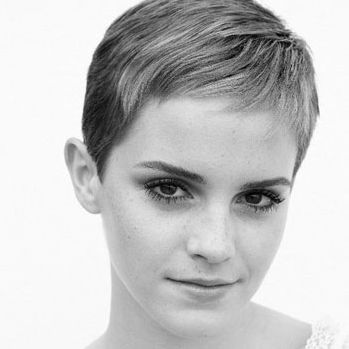 Unless you count her voice role in The Tale of Despereaux, Watson hasn’t acted in a theatrical release outside of the “Harry Potter” films, so this would be a huge test for her. That is, of course, assuming that this rumor has some truth to it. Watson is arguably best known for playing Hermione Granger, and Fincher reportedly doesn’t have an interest in already established actresses. Also keep in mind that this is being reported by a tabloid.

In any case, Watson is a very gifted actress with a bright future ahead of her in Hollywood, even if she doesn't take this role. However, she seems like an interesting yet perfect fit for this kind of role.

The film’s cast already includes Daniel Craig, Stellan Skarsgard, and Robin Wright. Other actresses who have speculated for the role of Salander include Rooney Mara, Carey Mulligan, and Kristen Stewart.