Is Marvel’s Ultimate Universe Too Diverse?

The classic comic book characters were created by straight white men decades ago.  These writers and artists made stories about white, straight, mostly male characters because it reflected their own identities and culture.  However, there has been a trend in the comic book industry where classic characters are re-invented so that their ethnicity, religion and sexual orientation is changed to make the cast more “diverse.”  Maybe comic books sell better this way, or perhaps the people who work in the industry are more diverse now, but I’ve noticed one thing about the diversity trend: In general, only the good guys are diverse.

Take the recent case of Ultimate Spider-Man.  The straight white Spider-Man we’ve known is dead, replaced by a half-black, half-Latino teen with Spider powers.  While it’s too early to judge this character, it is the perfect time ask one question of Marvel: Will we also see a more diverse group of villains for the Ultimate Universe? 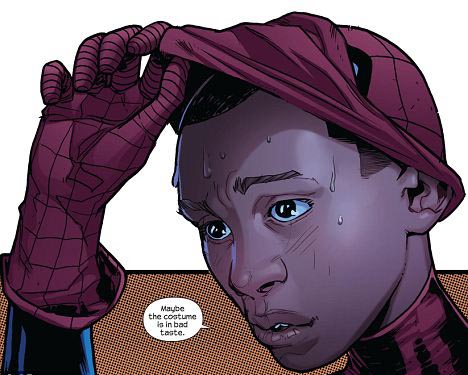 While Marvel has given us an ethnic Spider-Man, we’ve had over one hundred issues of Spidey slinging webs at a rogues' gallery mostly composed of white men.  While there are some ethnic villains, the main bad guys like Green Goblin, Doc Ock, and Kingpin all remained white men.  They were not replaced with the Black Goblin, Doctor Ocho, or Queenpin.  And this trend isn’t limited to Spider-Man.

Shortly after the arrival of Ultimate Spider-Man, an updated interpretation of the X-Men was released.  This spread diversity throughout the Ultimate Universe by making mutant muscleman Colossus gay, and turning Nick Fury black.  Needless to say, Storm and Bishop remained black. 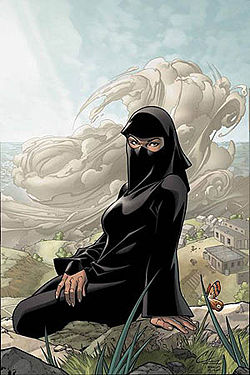 The X-Men have always been an allegory for the civil rights movements, with Professor X serving as the peaceful Martin Luthor King, while Magneto was the militant Malcolm X.  Yet Magneto the mutant terrorist wasn’t given a more diverse Brotherhood of Islam makeover when he was introduced to the Ultimate comics.

This is all the bigger shame because the X-Men comics have addressed what a Muslim mutant might be like, with a politically-correct slant that made the character one of the heroes.  When Grant Morison wrote the New X-Men, he added an Afghan girl “Dust” to the team, and this resulted in a few interesting scenes where she and other mutants debated whether her loyalties should lie with her religion, or with the mutant cause.  Themes like this could be explored further if the industry wasn’t stuck with the notion that only positive stereotypes can be used.

The only Ultimate comics storyline I can recall which used ethnically-diverse villains was an Ultimate's story that was based entirely on the idea of a multi-nation villain group, most of whom were written out of the comics by the end of the storyline.

It isn’t just comic books either.  Recent Marvel films have had gratuitous diversity, like the black and Asian Viking gods seen in Thor.  If the film’s director wants to depict Asgard as ethnically-diverse, that’s fine, but shouldn’t the evil Night Elves have diversity too?  Surely if a black Norseman was necessary for the director’s artistic vision, then the film also needed a Sassy Gay Night Elf and a Streetwise Latina Night Elf. 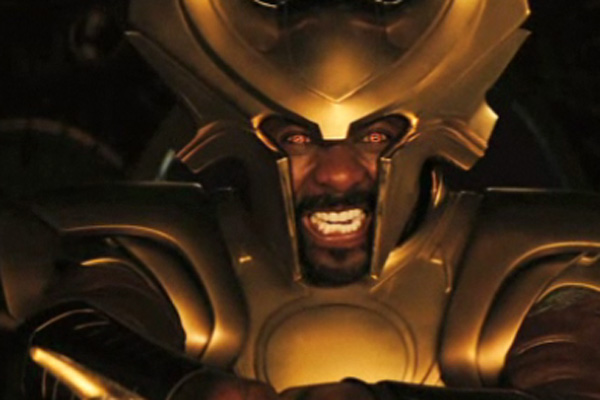 Maybe one day we’ll get a re-imaging of the Marvel universe that isn’t afraid to explore negative (but often accurate) stereotypes.  Perhaps there’ll be a bitchy gay Johnny Storm who calls himself “The Flaming Torch.”  Perhaps we’ll even see an ethnically-diverse team of X-Men fight the Brotherhood of Black Muslim Mutants, led by the fiendish Mutant X who hates white humans most of all.  Maybe someday we’ll even get a story where Galactus will become “Galactimo” the world devouring illegal immigrant – FROM SPACE!  Unfortunately, I think we’re in for a black lesbian Shiite Captain America before we get a gay Mexican Doctor Doom.