Before it was all said and done, nobody expected Kenneth Branagh to take up the helm of Marvel’s Thor. However, the director most famous for Shakespearean grandeur surprised everyone with a genuinely entertaining superhero flick. But if you thought that Branagh was a strange choice, you haven’t seen anything yet.

Deadline Hollywood reports that Marvel is inching up on a choice on who will direct Thor 2 – since Branagh bowed out – and that Patty Jenkins might take up where the Hamlet actor left off. The last we heard, Game of the Thrones director Brian Kirk was the frontrunner.

Jenkins would be an even more peculiar choice than Branagh considering that she’s directed only one feature film, the 2003 biopic Monster, which saw Charlize Theron win a hugely deserved Oscar for her transformative performance as serial killer Aileen Wuornos. 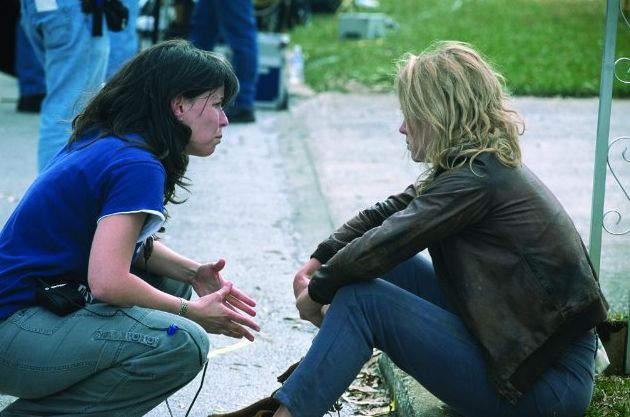 Obviously this sequel won’t take the property into character-driven drama, but maybe Marvel wants to flesh out the characters a little bit more, especially the female ones such as Natalie Portman's Jane Foster, seeing as there were some critical complaints about them. With Jenkins on board, that probably wouldn’t happen again.

As it currently stands, Thor will clobber his way into theaters for a third straight year following next summer's The Avengers with Thor 2 on July 26, 2013.