It’s Time for the Ultimate Universe to End 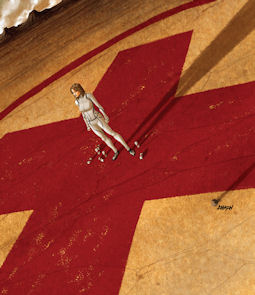 The Ultimate Universe was the crowning achievement of Joe Quesada’s Marvel Comics regime. Back at the turn of the century, Brian Michael Bendis and Mark Millar really kind of saved Marvel. The Ultimate franchise was The Thing in comics. The idea of restarting the Marvel Universe from a modern day perspective got everybody’s attention. Hell, Ultimate Spider-Man brought me back to comics after giving it up years earlier. The Ultimate books were new. They were relevant. They featured some of the top creators currently working at Marvel.

But that was then. This is now.

The Ultimate franchise is back to featuring the three properties it did back in the early days: Spider-Man, X-Men and the Ultimates. Despite that, this is really no return to the golden age. The X-Men are struggling to cobble together something out of the scraps of what they used to be, and the Ultimates have gone off the rails away from the fresh and relevant appeal they once had. The books have long since abandoned their principles of featuring a Marvel Universe that is not only modern but also adhering to a more streamlined and simple continuity. Instead, they’re now severely bogged down by continuity, perhaps even more so than the main Marvel Universe.

At a certain point, Marvel decided to let writers use the Ultimate Universe as a playground to do whatever they want. The result? A continuity that has made several characters and concepts unrecognizable and impenetrable to readers. We’re at a point where Reed Richards is a disfigured villain. The X-Men consisted mainly of Kitty Pryde and Wolverine’s blond son. S.H.I.E.L.D. is commanded by Black Widow but not the Black Widow anyone really knows. And so on. 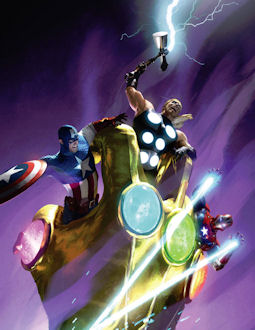 Is there really any reason for the Ultimate franchise to continue? Don’t get me wrong. I’m a big fan of both Brian Wood and Joshua Hale Fialkov. But the best Wood has really managed with Ultimate X-Men is to make it relatively readable. He has some great ideas, but there just isn’t enough left of the X-Men to work with. And Ultimates has gotten to where the United States is a fractured country and Captain America is a superhero president. Seriously, what is Fialkov going to manage with that?

As you might notice, I’m referring to the books by the wrong titles. Sorry about that. It’s just the the retitled versions of this books is so awful. Seriously, the title Ultimate Comics Ultimates is so stupid it’s actually painful to type.

To be blunt(er), this is all Ultimatum’s fault. That event was the point when Marvel decided to abandon the premise of the Ultimate Universe as a more modern and relevant version of the Marvel Universe and turn it into a playground where writers could do whatever crap they felt like. Not only was Ultimatum just an awful story by every measure, it killed and destroyed so many characters that it did irreparable harm to the Ultimate Universe. It is the reason Wood is having to scrape the bottom of the barrel for Ultimate X-Men. Though to be fair, serious damage was already done to Ultimate X-Men by Robert Kirkman’s run on the book, but it wasn’t until Ultimatum that things became so irreparable. 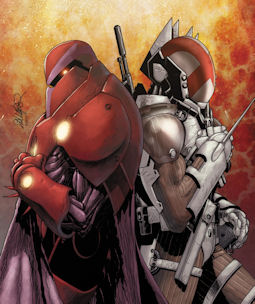 What is the Ultimate franchise now? It used to be the top and most talked about franchise at Marvel Comics. Now, it’s a collection of a few low-selling titles overshadowed by the Marvel Universe, which has gradually become more modern and relevant on its own. It wastes the talents of creators like Brian Wood and Joshua Hale Fialkov trying these salvage these titles rather than working on projects that haven’t been handicapped. 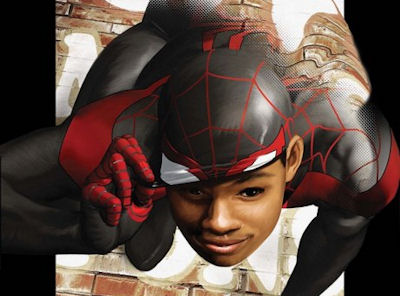 Look, the Ultimate Universe is never going to be what it once was. We’ve all been saying from the start that, even under the best of circumstances, its appeal of modern reinventions and little continuity could only last so long, and the best of circumstances were not what we got. By all means, let Ultimate Spider-Man continue for as long as it can deliver. The character of Miles Morales deserves to endure for as long as he can. But it’s past time to stop trying to keep the franchise as a whole alive. It’s like a television series that has dragged on for a season or two past its prime, except in this case we may be three or four seasons past that point. There’s no reason to continue saddling creators with the task of reversing time and making these books relevant again when they could be working on books that have the potential to succeed.

The Ultimate Universe has served its purpose. It’s time to develop something new again.