Jamie Foxx is the POTUS in ‘White House Down’

By: Steven Chaitman | Movie News | June 7, 2012
So there's this trailer going around the Internet at the moment. Maybe you've seen it ... Django Unchained? Well, it's a big day for Jamie Foxx, because he just went from a slave to President of the United States. The Oscar winner is in talks to star in White House Down for famed disaster director Roland Emmerich.

Foxx joins Channing Tatum in the film, who will play the Secret Service agent trying to protect him. The story comes from a hot spec script written by James Vanderbilt who also penned The Amazing Spider-Man, also for Sony. It has been described as "Die Hard in the White House." 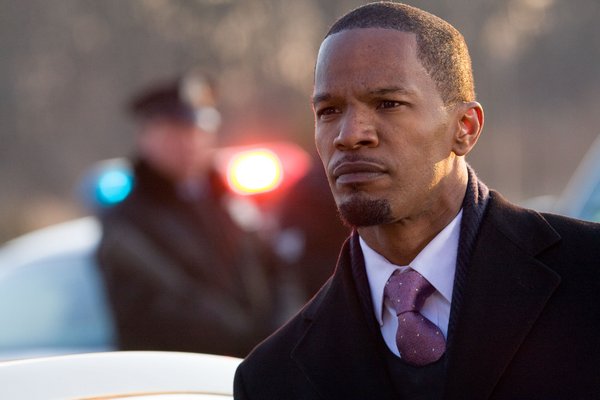 Foxx and Tatum are two of the rangier stars working these days. Both are capable of action and humor, so their casting suggests there will be both, even though the Die Hard nod indicates action first.

Sony looks to start filming this summer, which at this point we can assume will be after everything has wrapped on Django Unchained. The studio has a November 1, 2013 date in mind.