It’s like Tony Hawk but on skates and with way more style. SEGA has announced that the HD remake of Jet Set Radio will be out and ready to go on multiple platforms starting next month! First up to bat is PlayStation Plus members who will enjoy the game an entire week before everyone else on September 11th while regular PSN users will have to wait until the 18th to get their hands on some sweet roller-skating action. The next day Xbox Live users can grab it and Steam users can purchase it as well! The Vita launch comes quite a bit later on October 16th. 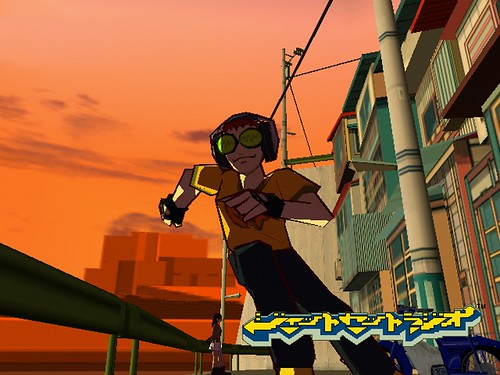 There are plenty of reasons to be pumped about this game whether you enjoy the visual style, unique music, or the fast paced and fun gameplay of the Jet Set games. The most important reason to be excited, however, is that it’s actually coming out on Steam! To any of us who played the original on the Dreamcast or played Jet Set Radio Future on the Xbox and have since switched over to PC gaming (such as myself) this is a dream come true in many ways. Fans have been eagerly awaiting this remake for a long time and at the modest price of $10 it's worth picking up to enjoy a classic!