Jim Carrey Backs Out of ‘Dumb and Dumber To’

After this weekend proved that some funny men clearly aren't too discerning in their project choices, it's nice to know that some still have standards, as Jim Carrey has backed out of the recently announced sequel to Dumb and Dumber. Claiming that New Line and Warner Bros. weren't bringing the right level of enthusiasm to the project, sources indicate that Carrey has parted ways with the film mere months before its planned start date.

The idea of a sequel to the 1994 hit starring Carrey and co-star Jeff Daniels has been bandied around since the first film blew-up at the box office, but it wasn't until April of this year that director Peter Farrelly announced that Harry and Lloyd would ride again. Despite a 2003 prequel that featured none of the original creative talent (and bombed at the box office), the Farrelly brothers and Carrey were confident that the sequel was already on the right track. 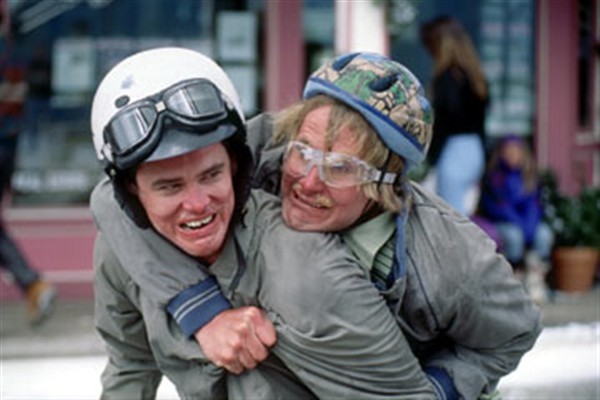 "I would have thought Dumb and Dumber To was a no-brainer," Carrey told ETOnline, "after all it's implied in the title."

Carrey's relationship with New Line and Warner Bros. didn't appear to be a problem when shooting The Incredible Burt Wonderstone, his next film, set for release next year. Those worried about the livelihood of Jeff Daniels can take comfort in knowing that he's currently starring in the Aaron Sorkin series, The Newsroom, which premieres on HBO this Sunday.