It’s almost the end of the year, and that means it’s time for the all important "Game of the Year" lists to be unleashed upon the world! At the beginning of each year, I think everyone always has some concerns as to whether or not there will be ten games worth talking about at the end of it. And every time, your worries are always proven unjust.. 2011 has been one of the greatest so far this generation and this list took a lot of time to finalize. So with that in mind, how about we get to the interesting part and run down some games?

We all have one of these, there’s always that one game that you don’t get around to playing the year before and get it later. For me, that game was Vanquish, which is easily one of the greatest third person shooters ever made. A lot of people are complaining about this genre becoming stale. To those people I say the following: "Play Vanquish!"

Now for the actual top ten...

Swarm has my heart. I can’t deny that one bit. Everything about this game just oozes with charm. It’s easily one of the best XBLA games out there and flew under most people’s radar when it came out back in March, which is unfortunate, because this game has a lot to offer those who are fans of platforming and are partial to the quest of getting the best high score. This will certainly be a game that will end up on my “games more people should have played” list and I urge you to give it a shot.

I was completely shocked when I realized just how much I was enjoying playing Crysis 2. The original did absolutely nothing for me as an actual game; the poor controls were just too much for me to overcome and stick with. Fortunately, the sequel did not have that problem. Crysis 2 is a fine example that offers you choice without you realizing it right away, the higher difficulties really force you to think and maximize your nanosuit capabilities and the solid pacing of the campaign make it fun to play through multiple times to put all the abilities to the test.

Oh my, what can I say about Saints Row 3? Well quite a lot actually, but in the interest of brevity, I’ll stick with the highlights, which would be the entire thing! I cannot think of a single dull moment during the entire campaign of Saints Row: The Third and while that might sound overbearing, there has clearly been a huge amount of effort and time put into making the insanity coherent and believable. More and more games are focusing on huge set piece moments these days rather than thinking about how they fit into the game, but none make them feel as just as Saints Row: The Third. Even if the crazy over-the-top nature can detract people’s attention from this achievement ever so slightly. 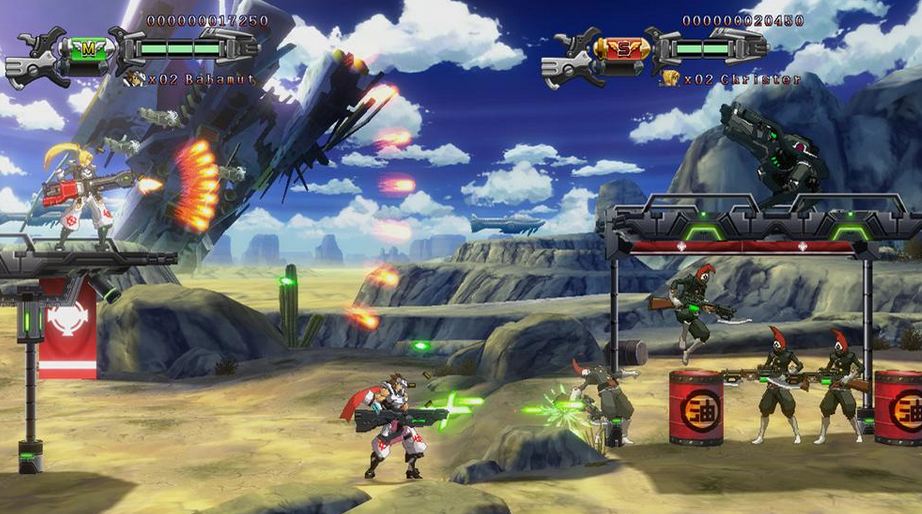 If I didn’t have other responsibilities, I can tell you what I’d be doing right now: planning the perfect runs through every single level of Hard Corps: Uprising and recording them. This game is not for everyone. In fact, it’s not really going to be for most people, but if you find yourself feeling nostalgic about the glory days of arcade games, I urge you to give this a shot. Just don’t worry about dying every two seconds, that’s what is supposed to happen for the first few hours. This is a perfect example of a game that makes me hate being an adult. I wish I had the free time I had when I was young to perfect this game, but sadly, that isn’t the case.

While I’m tempted to type a paragraph entirely on how awesome the wingsticks were in Rage, I shall resist. Yes, the story in Rage is not up to much, but that’s not something I place a ton of value on in games anyway. After all, you can only experience a story once, whereas the gameplay can be enjoyed forever, which is why Rage is on my list. The gunplay is so smooth and satisfying, it will ease the frustration of the lackluster story and characters. Oh, and I did I mention how awesome the wingsticks are?!

5. Shadows of the Damned 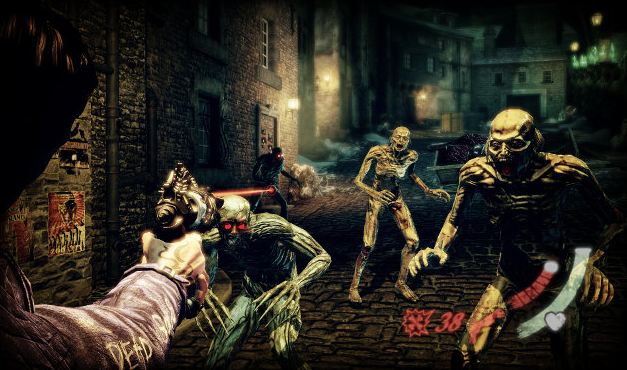 I honestly feel like labeling this game a guilty pleasure would be selling it short, but that’s exactly what is it. The crude humor will definitely not be for everyone and the macabre design is truly grotesque in some parts. That wasn’t enough to distract me from the great writing and excellent dialogue between the one and only Garcia Fucking Hotspur and his demon gun partner in crime, Johnson. If you’re the kind of person who doesn’t mind a ton of dick jokes, blood, nudity and profanity in your game, then well, chances are you have already heard about and played this game by now.

One of the problems with playing so many games is that you can find yourself latching onto the truly great ones and when a sequel is due, your expectations can be a lot higher than they perhaps should be. I fell into that pitfall with InFamous 2. Once I got past that initial reaction of “why did they change anything?!” I found myself enjoying the great gameplay that made the original such a joy. If SuckerPunch can combine the best of both these games, then InFamous 3 will easily go down in history as one of the greats of this generation. 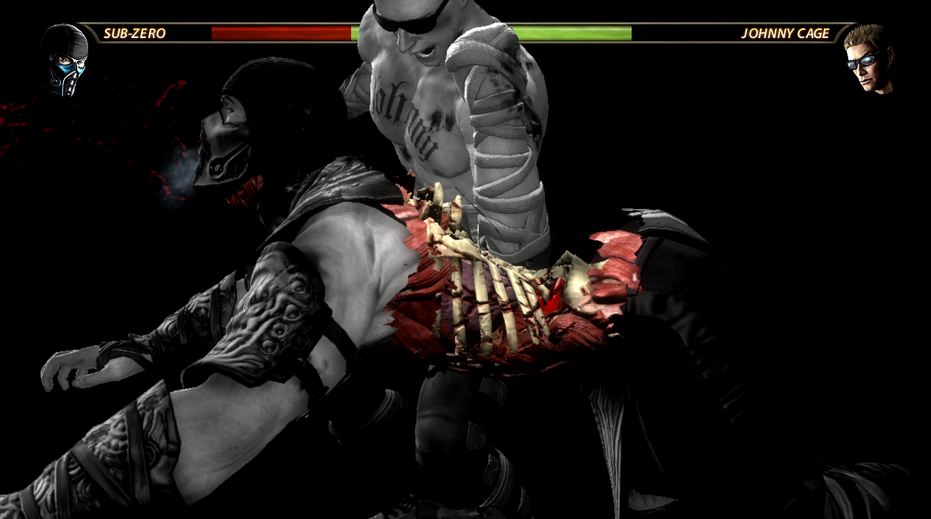 While nostalgia can go a long way when you’re talking about a reboot, that qualifier is not necessary when talking about Mortal Kombat. This game rapidly gathered both old and new fans, and the reason as to why is really no secret. The streamlined controls and mechanics make it easy for people that are new to fighting games to break the barrier that has held back this genre for so long. Not to mention the all-star cast of the Mortal Kombat roster and the almighty return of the fatalities, a fantastic meter system and a more satisfying combo system than ever before. Netherealm Studios has really hit the ground running with this reboot, and just like it was with MK2 way back in 1993, all eyes will be on them for whatever they have in store next.

Gears has always been a series that is on the verge of true greatness. The previous two games have always had the same things holding them back in that the multiplayer never maximized its potential and the story-telling in the campaign didn’t quite live up to the actual tale that was being told. The multiplayer is as refined as ever in Gears 3, and the developers have clearly learned how to better tell a story in a video game, which is something that should be happening more. The ending of Gears 3 is easily one of the best ends to a story arc I’ve seen in recent memory. Game stories rarely truly end in this day of endless sequel set ups and franchise longevity. For that and many, many other reasons, Gears of War 3 stands tall on my list. 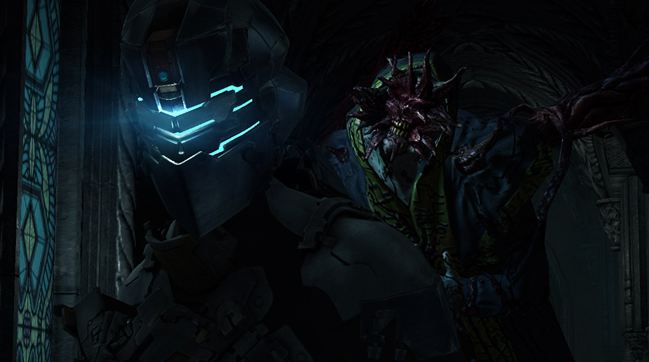 I can recall the amount of times a game has sucked me in and made me want to play it over and over the very minute I start playing it. Dead Space 2 instantly made that list. With its incredibly smooth controls, gloriously satisfying, yet strategic, combat and replayability, I knew this was a game that wasn’t going to be retired to my shelf for quite some time (I’m still playing it even now). The first game was a strong start for the series, and in many subtle ways the sequel is a large departure from the style of the original, but it is the most intense gaming experience I have had in quite some time. A painstaking level of detail from the developers is clear in every single aspect of this game and I simply cannot sing its praises enough. Not only is this game the easiest choice for my top pick, it’s easily one of finest gaming experiences I have had the pleasure of playing.

Unfortunately, the magic number for these lists is always ten, so here’s a few games that I really wanted to find a place for here, but sadly, ten is only... well... ten.

I wasn’t sure what to expect when I first put in Bulletstorm. From all the videos I had seen prior, my gut feeling was that the skill shot system would get old after my initial playthrough of the game. However, I was pleasantly surprised once I got into it. While the campaign could have made better use of that system, the echo mode certainly did not disappoint and the multiplayer was an absolute blast when playing with people who actually knew how to play it. While it certainly isn’t likely that a sequel will ever happen, when a new IP shows this much potential right out of the gate, that shouldn’t be the case.

There is one, very concise reason as to why Skyrim didn’t make the final 10 and that is because, on a whim, I started Saints Row 3 alongside it. I have no doubt that I will return to the world of Skyrim for many, many hours in the future. Everything about this game is such a refreshing change from what most games have become and aim to be. The freedom this game offers is really astounding and something that I hope comes back in one way or another. I just wish the core gameplay was a little... actually, I wish it was a lot better than it is.

Even though it would be extremely difficult to find a place for this (if only the 2D levels had been a little better), I’m still over the moon that I can even talk about a Sonic game being great in 2011. I can’t help but think what took them so long to figure out that Sonic fans only really care about playing as Sonic (shocking right?), but by combining the old and new gameplay styles, Sonic Generations finally feels like the franchise is getting back on track.