John Byrne is renowned in the world of comic books.  Having worked on many if not most of the heroes that both Marvel and DC have to offer, his most notable contributions include runs for X-Men, Fantastic Four, and Superman.  Starting out as a penciler and later becoming a storyboarder and writer, Byrne has been around since the near inception of the modern superhero.

And Byrne is not finished breaking new ground yet—or rebreaking old ground in a new way—it’s debatable, as he returns to the Star Trek series with a new style.  “Breaking ground” is a good way to put it for a man who must hold a reverence for comic book art and artists.  In his upcoming Star Trek Annual 2013, Byrne puts down his pencil and turns to photograms. 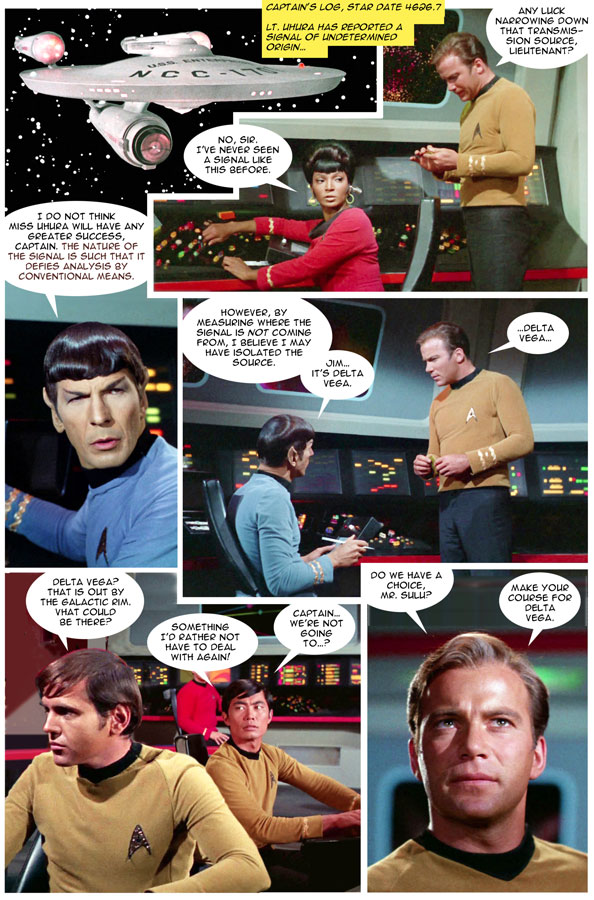 Specifically titled, “Strange New Worlds,” Star Trek Annual 2013 will be framed like a lost episode, and will feature William Shatner as Kirk, Leonard Nimoy as Spock, and the rest of the cast that fans of the original television series know and love.  To maintain the feel of the original episodes, it will be told entirely in a photomontage put together from screenshots of the show.  It will serve as a direct sequel to a season one episode titled, “Where No Man Has Gone Before,” which originally aired in 1966. 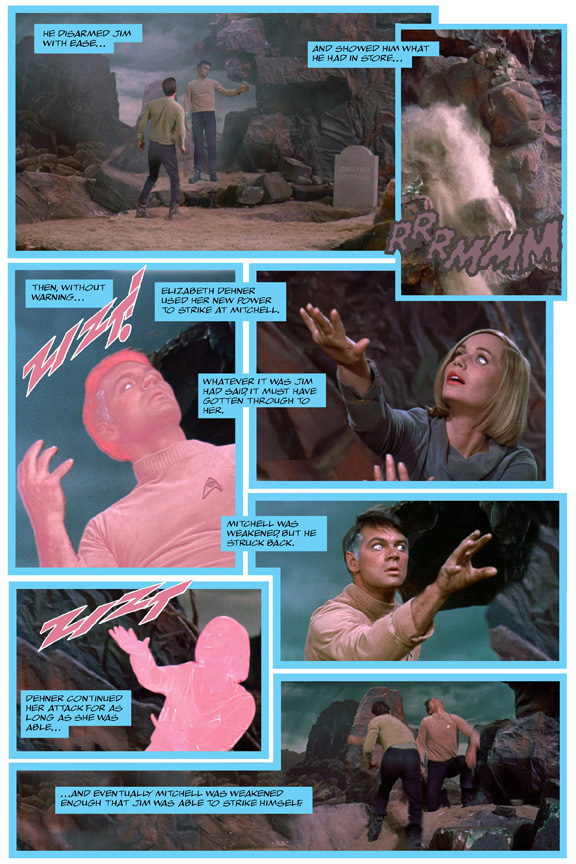 Byrne is setting out to tell an original story here, so the screenshots aren’t taken directly from the screen and pasted to the page.  Rather, he created new ones by mixing and blending stills, resulting in shots that never before existed on screen or in print.  And the shots aren’t all that’s new, as Byrne is tampering with the holy grail of the Star Trek universe, by taking a once settled plotline, reviving it, and taking it in a vastly different direction.

A whopping 48-pages long, Star Trek Annual 2013: Strange New Worlds will be released by IDW Publishing in December of this year.  Whether you’re an excited aficionado or an outraged purist, you can’t miss this brand new take on the classic series.