One of the most acclaimed writers to have written for DC Comics in the last two ore more decades has at long last been announced to be making his long awaited return to the comics company. This is being described as long await because this particular writer is responsible for some of the most impressive comics to ever grace DC Comics’ personal shelves during the 80’s and 90’s. Works whose influence and regard can still be noticed in titles today, works that get name dropped when describing how new runs will be. A writer whose most famous works include such fan favorites with monikers like Suicide Squad and The Spectre.

That’s right – John Ostrander is returning to DC Comics after a decade or so of absence, one precipitated by a lot rumors and gossip of an ignominious schism between the man and the publisher. Something that also included a supposed embargo on publishing trades of the man’s work. Whatever happened seems to have been blown past, however, especially given the circumstances of his return. For it seems that John Ostrander has been tapped to write a fill in for the Geoff Johns run Aquaman series. As Johns takes a break for an issue, #20 to be exact, and his original story for said issue being pushed back due to delays – Ostrander has stepped in to write a small side story in the absence. Or as DC Comics’ official announcement would put the story – “"In this issue, as the Scavenger compiles more Atlantean weaponry and artifacts, Aquaman enlists the aid of The Others to help find one missing relic in the Southwestern United States before his enemies can get to it." The issue also comes with art by Manuel Garcia and Sandra Hope.

Not only is Ostrander playing by Johns’ preset rules, but is also putting his own spin as his fill-in promises to introduce a new member of “The Others” as well. This is a surprising development and one that will surely be talked about by devoted fans. The original cover to Aquaman #20 can be seen below, pre-writer change of course. 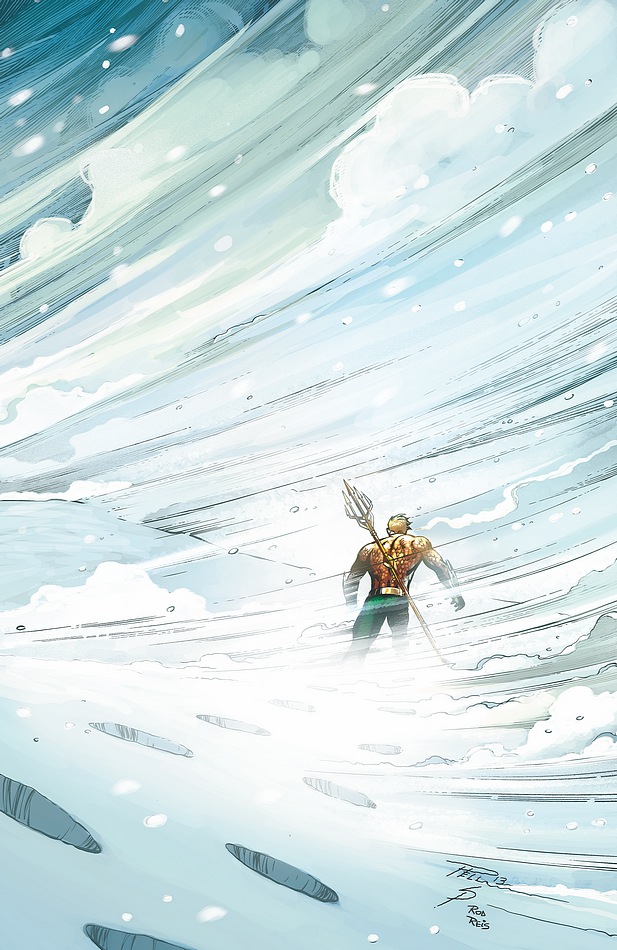