Apparently the third time isn’t always a charm; Jon Favreau has stepped out of the Iron Man 3 director’s chair.

Vulture got the scoop from some Marvel insiders, and Favreau’s leaving seems to be for one of three reasons: creative, financial, or both. The creative differences would stem from Marvel wanting to throw some of the other Avengers into the third Iron Man installment, which will follow The Avengers, and apparently Favreau wasn’t too keen on that idea. He was reportedly forced to incorporate all of those little Avengers tie-ins into this year’s Iron Man 2. While the references were somewhat fun, one couldn’t help shake off the feeling that he/she was watching an extended Avengers commercial instead of a sequel to Iron Man, so it’s not hard to imagine that Favreau wouldn't be game for doing it again. 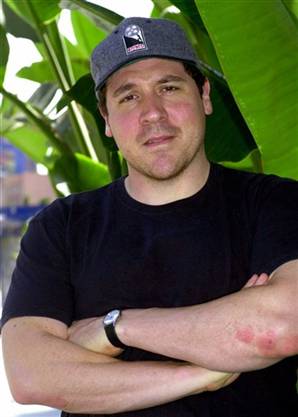 However, others are speculating that it has to do with Favreau’s rise in the industry and subsequently a rising demand for money. One insider even believes that Marvel purposefully pushed its so-called creative ideas on Favreau so he would ditch the film. He picked up a cool $10 million for Iron Man 2 and might command between $12 and $15 million, not to mention a hefty portion of the gross. When taking into consideration that leading man Robert Downey Jr. also picks up some of the gross, the lesser sacrifice from a monetary standpoint would be Favreau.

So, who's doing director duty for Iron Man 3? It's unclear at the moment, but keep in mind that RDJ has director approval powers via contract, so whoever does step in for Favreau would need Downey's okay.

It’s unfortunate to see Favreau leave the project. He took the relatively niche property of Iron Man and turned it into a film phenomenon. Even with the obvious marketing ploys in the sequel, his adept yet easy-going style was still present. Here’s hoping that he can make the bland concept of Magic Kingdom into something fun for moviegoers.