Josh Trank to Direct ‘Shadow of the Colossus’ Movie

By: Steven Chaitman | Movie News | May 23, 2012
It's either really crazy or really awesome being Josh Trank these days—probably both. Ever since the 27-year-old Chronicle director and cowriter hit it big with his found-footage take on superpowers, he's been sought after and attached himself to a lot of juicy properties for three different studios: a Fantastic Four reboot for 20th Century Fox, a Venom spinoff for Sony Pictures and an adaptation of supernatural Soviet comic The Red Star for Warner Bros. Now you can add a video game adaptation to this list.

Sony and Trank have now inked a deal to make the 2005 game Shadow of the Colossus into a feature film. The large-scope narrative-driven game from Fumito-Ueda centers on a young man who travels to a mystical land after his lover dies in order to find a demon who can bring her back from the dead. The price? Slay 16 colossi, or gargantuan creatures inhabiting the land. On his quest he begins to wonder if he's being used for another purpose. 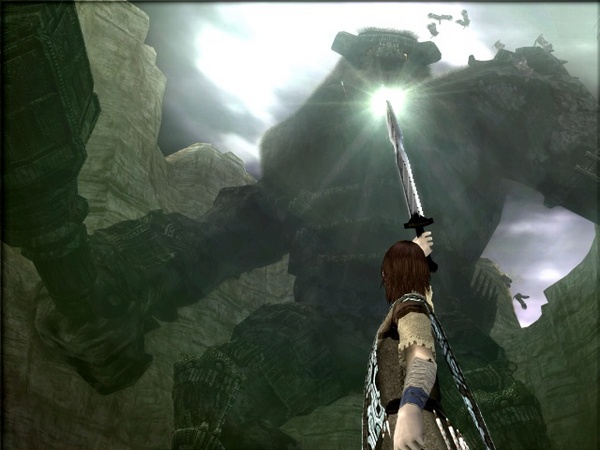 According to Deadline, Trank is a big fan of the game and sought out the job. He will team with producer Kevin Misher (The Scorpion King, Public Enemies and the upcoming Carrie remake) and together they will hire a writer.

The lack of script indicates Sony must be excited about Trank's vision for the film, and also means that among his many projects, Shadow of the Colossus is not first on the to-do list. At this stage, assuming Sony, Misher and Trank like the first draft from whomever they hire, the earliest we would see the film would be Summer 2014. Knowing the track record for video game adaptations, however, supreme patience would be the best course of action.

Are you excited for a Shadow of the Colossus film? Do you think Trank can pull it off?