By: Steven Chaitman | Movie News | April 21, 2012
Comic fans long awaiting a big-screen version of Lobo, based on DC Comics' alien bounty hunter/mercenary, will be thrilled to hear the project is moving forward at Warner Bros. — but in the hands of a kiddy action filmmaker.

According to Deadline, Brad Peyton, the man behind February's family adventure hit Journey 2: The Mysterious Island as well as Cats & Dogs: The Revenge of Kitty Galore has been hired to rewrite and direct the film. 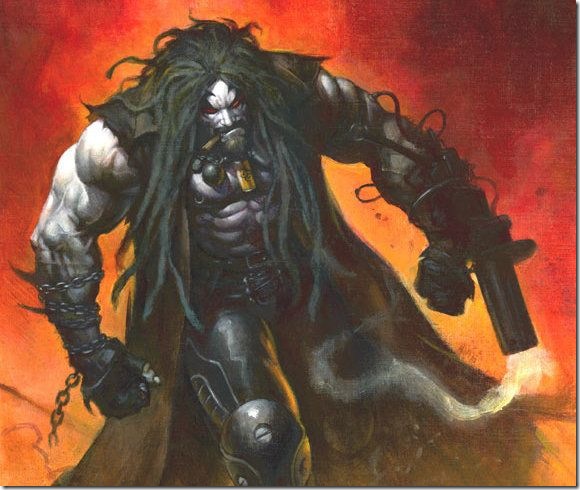 Created in the '80s by Roger Slifer and Keith Giffen, Lobo was introduced in Omega Man #3 as an occasional villain, but after some successful apperances in Justice League International and L.E.G.I.O.N among other DC notables, in the '90s he received his own mini-series that recast him an anti-hero meant to be an over-the-top satirization of Wolverine and The Punisher. At that point his origin was rewritten as the last of the Czarnian race because he committed genocide on his own kind for kicks.

The hire of Peyton is a real headscratcher based on resume. To offer a comparison, Guy Ritchie had long been rumored to tackle the adaptation. One must simply hope that Peyton took on those aforementioned films to boost his name and credibility and that his real passion is stories about intergalactic ruthless killing machines and comical, gratuitious violence.