Journey with Lewis and Clark in Manifest Destiny

Experience Lewis & Clark journeying where no man has ever set foot before: The United States of America. Writer Chris Dingess (Being Human) and artist Matthew Roberts (Battle Pope) will be taking you back to 1804 this November in their new Image Comics Skybound imprint series Manifest Destiny. 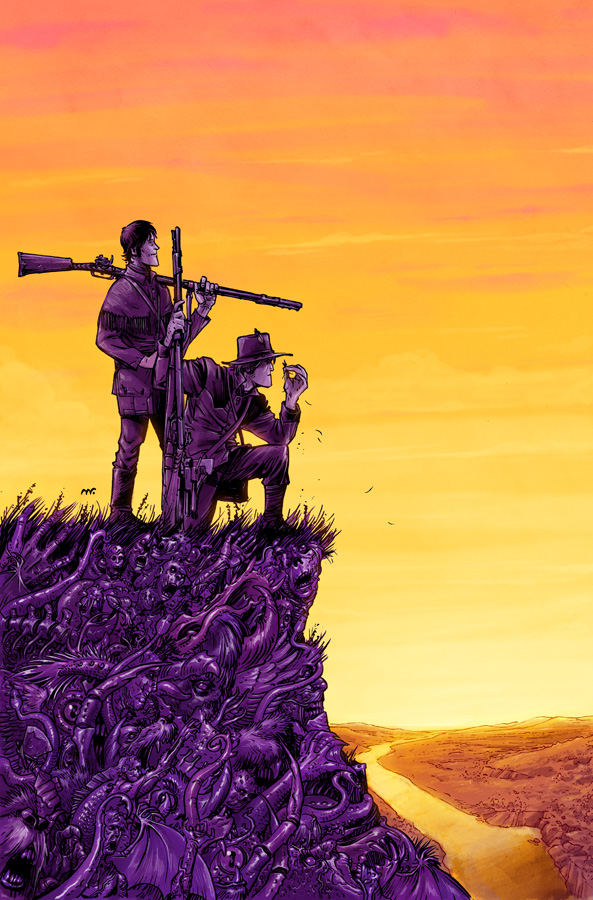 In Manifest Destiny Captain Meriwether Lewis and Second Lieutenant William Clark are on secret orders from President Thomas Jefferson. They are not just going to explore America but also log exotic life and kill any monsters that stand in their way. It will be a classic adventure story with some modern paranoia. In the words of Chris Dingess himself, he was inspired to create this tale because "I'm fascinated by the pop culture phenomenon of taking historical characters, both real and fictional, and placing them in big, fake, extraordinary adventures... I'm also intrigued by the modern world's growing obsession with vast government conspiracies, both real and fictional. I was excited to take these two concepts and make them have a baby. And Matt Roberts has made this baby very pretty."

"Chris has written such a crazy, fun adventure, but he always leaves me enough rope to hang myself in the details... For example - I had no clue how in vogue popped up collars were in the early 19th century. That and leather chokers. Researching and drawing all these things is such a turn from drawing shiny, spandexed muscles. I'm having a blast." 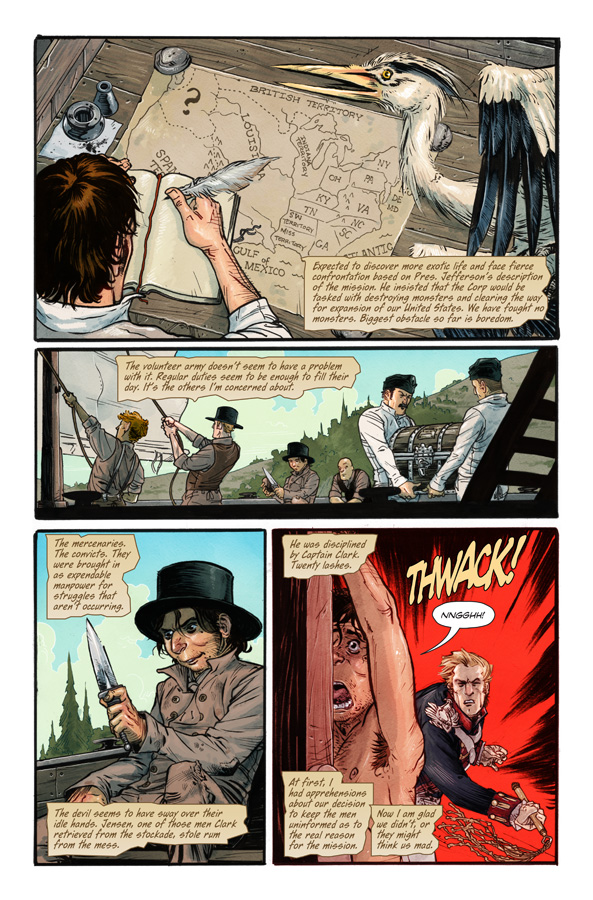 I'm the type of person who will sit down and read Abraham Lincoln: Vampire Hunter, so I'm anxious to see how Dingess and Roberts will turn the journey of Lewis & Clark on the head while keeping some historical accuracy in the mix.