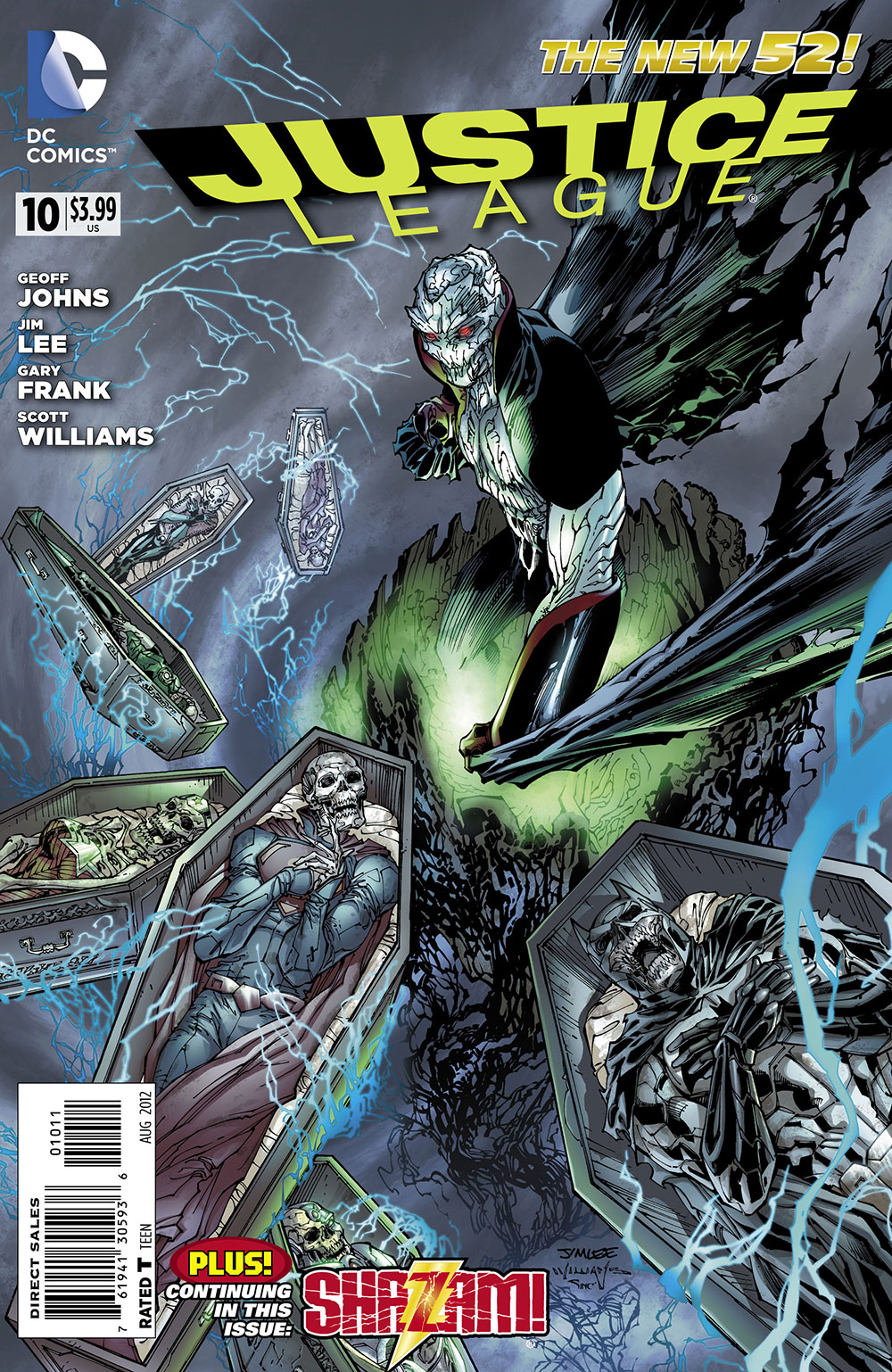 Justice League is a series that is never really consistent. Some issues are great and others are bad, but lets see what category this issue falls under.

The cover for this issue was pretty good. It had great art by Jim Lee, and it explained exactly what was going on in this issue. It introduces us to the new villain for this story arc, Graves.

I was very disappointed with this issue, especially because I really liked the last couple of issues. I thought the series was improving. The series was taking one foot forward, and now with this issue it took two steps back. I felt very disconnected to the characters because these characters seem different from what we see in their New 52 solo series. A prime example of this is Superman. In Action Comics he seems like a new Superman because he is more confident in himself, but in Justice League he seems more like he was before the new 52 except with a different costume.

In the first story arc, the Justice League teams up for the first time to defeat Darksied. Now it is 5 years later, and I feel like they still haven’t grown as a team. In this issue, it shows that the team knows nothing about each other after 5 years of being teammates. The villain of the story arc knows more about them than what they know about each other. 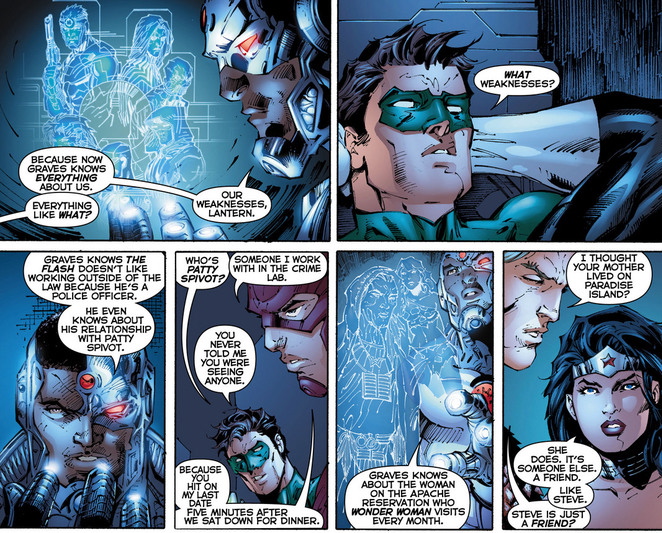 Since issue one a big complaint about this series is how short it feels. People are paying $4.00 for this series so this series should be packed with story. This issue was a great example to show how nothing gets accomplished in this series, and it just feels way too short.

The one thing that is keeping me from dropping this series is the Shazam secondary story.  I wish this story was an ongoing series because this is a great origin story for Billy Batson, and makes the Captain Marvel story fresh.  Geoff Johns does a great job writing every character. Billy has grown so much as a character, and you see that with every new story.

The art was also pretty good in this issue. Jim Lee does a great job drawing every Justice League character. This issue was no exception to that.

My verdict is to not pick up this issue. This issue was not worth $4.00. There was not enough story to really enjoy it. If you want to pick up a Justice League issue I recommend picking up the last two issues.