The Justice League has always been the flagship of the DCU. How could it not be? The team consists of all its major heroes. It’s always awesome seeing your favorite characters teaming up to fight a common cause. In Justice League #2, the heroes aren’t exactly working together yet.

At the end of last issue, Green Lantern and Batman picked a fight with Superman. It’s two on one, but even with Hal’s ring and every gadget Bat’s can throw, Superman just shrugs it all off and becomes more pissed as the fight progresses. Clearly these guys are going to start liking each other, but for now it’s fun seeing them beat the hell out of each other.

I really like how this comic is turning out. Hal and Bruce just kind of appeared in the beginning together. But aside from their entrance, each member has had a proper introduction without wasting time and without dragging on. Geoff Johns has given this series a lot of balance so far, with issue #2 revealing Barry Allen as Flash. Without saying too much, we may see the beginnings of how Cyborg becomes, well, a Cyborg. 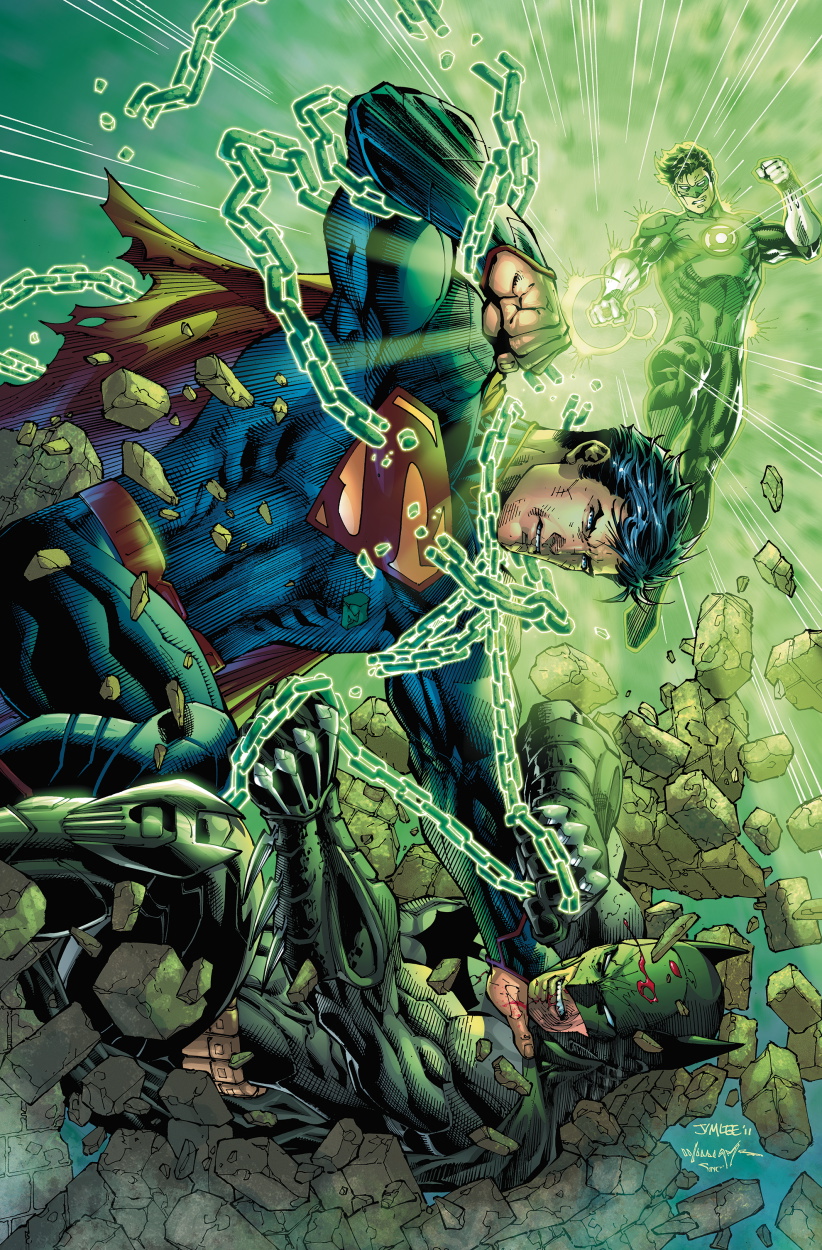 Goodness the art is amazing here. Jim Lee’s pencils are in my opinion the best DC has to offer. All of his work is great, and for Justice League he’s throwing everything he has into making these old characters fresh again. I especially love his Superman. Finally, it seems those pansy red undies are gone for good.

Geoff John’s seems to have a handle on this whole relaunch thing. He’s writing some of the best titles of the New 52, and Jim Lee’s art isn’t exactly hurting this series. The last page also gives us a hint of what’s to come in issue #3 - Wonder Woman.