In this issue of Justice League it is the last issue of this story arc. I knew we were going to get a big battle with Darkseid, and see how the Justice League will defeat him in the end. I was pretty excited to see how this issue was going to end, and I am sure other fans were excited also.

The cover for this issue I thought was great. Jim Lee does a great job for the covers of this series and the interior art. The concept I was also very impressed with. We get to see that the Justice League may have to bow down to Darkseid in this issue and give up. It seems like there is no hope for the Justice League. It would get any fan excited to pick up the issue and start reading. 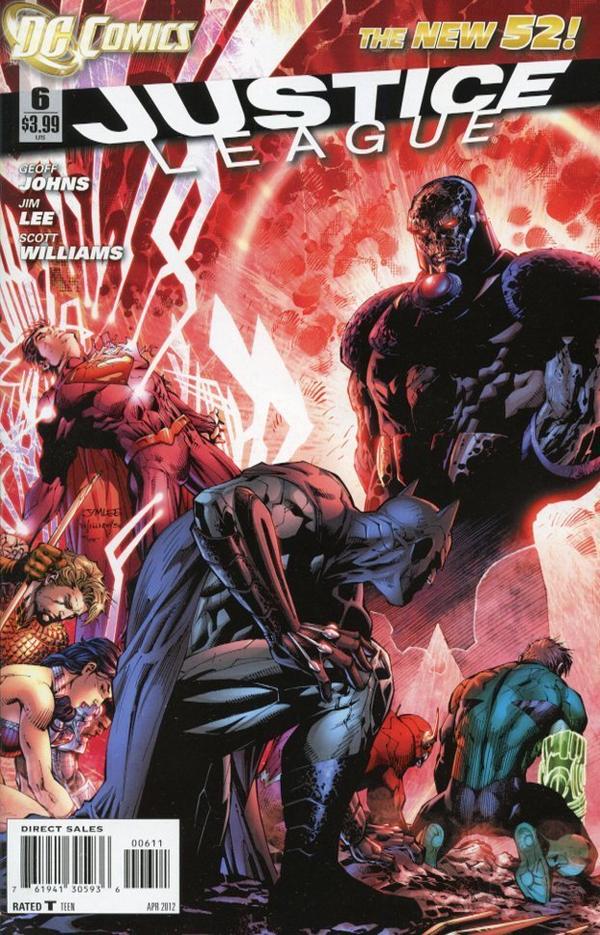 When I first saw that Darkseid was going to be the villain of this story arc I had no hope for the Justice League to defeat him. I thought he would be too strong for the Justice League to defeat especially since most of the teammates had just met each other. But in this issue we do see the Justice League defeat Darkseid. I thought the battle in this issue was awesome. We get to see a great battle with great action. I do not think this will be the last we see of Darkseid and I am excited to see when the team has a rematch. I think it will be even more interesting when we see the team have more experience with each other and in the long run even become friends.

The only problem I had with this issue was Cyborg. He was the person who defeated Darkseid, but he had only been a superhero for one day. I felt like he knew how to use his powers too well for not ever been in a battle before. I thought it should have been more of a team effort to defeat Darkseid than it was in this issue.

Like I said for the cover portion of my review. I love Jim Lee’s art for this series. He does a great job with action scenes. Especially since this issue was a big battle with Darkseid and the Justice League. There was only one panel that I did not like in this issue. There was a panel where Batman, without his mask, was trying to save Superman. When we got to see a scene with them together their faces looked exactly the same. So, I hope Jim Lee in future issues makes their faces more distinct.

Pick up this issue. It was a great ending to this story arc. I thought this issue was a great beginning for the series and the team. The battle with Darkseid was also great and should not be missed. If you are not reading this series this is a perfect place to start reading.